'BoJack Horseman' Goes to Rehab for Its Sixth and Final Season

BoJack Horseman is about to be done horsing around forever.

On September 27, Netflix announced the upcoming sixth season of the Will Arnett-led series is set to be its last. The Hollywood Reporter shared that the animated show about a washed up horseman sitcom star from Raphael Bob-Waksberg -- and one of Netflix's absolute best originals -- will conclude in two parts, airing the first half of Season 6 on October 25 with the remaining episodes dropping on January 31, 2020. 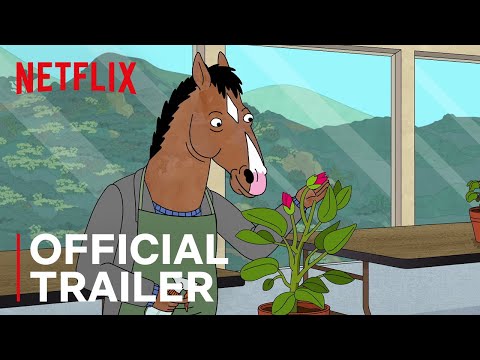 Netflix shared the series' departure by releasing the Season 6 trailer, and by the looks of it, the final episodes should be just as much of an emotional whirlwind as Season 5. As the show wraps up, BoJack is trying to get his shit together in rehab, and just about every other character trying to do the same -- even the ever-optimistic Mr. Peanutbutter (Paul F. Tompkins) is doing some serious introspection.

While earlier this year the streamer canceled Bob-Waksberg and Lisa Hanawalt's animated joint Tuca and Bertie after just one season, the cancelation of BoJack is said to be a creative one for Bob-Waksberg, who had originally mapped out six seasons. (Considering the recently premiered Undone on Amazon Prime is airing to much acclaim, he does have a lot in the works elsewhere). Regardless, we can only hope the cranky horseman finds some peace as the show concludes as it was intended.