Everything We Know About IMDb TV's 'Bosch: Legacy'

Don't worry: Bosch is coming back to your TV soon.

Even after the show that bears his name right there in the title came to a close, Harry Bosch is still on the case. He's just that type of determined, unshakable detective. In February 2020, Amazon announced that Bosch, the long-running cop drama starring Titus Welliver, would end with its seventh season, sending the Bosch faithful into a jazz-record-filled despair at the thought of a world without Bosch. Then, a little more than a year later, it was announced that Welliver (and a handful of other cast members) would return for a Bosch spinoff. There's a lesson here: You can't stop Bosch.

So, what do we know about the latest chapter in the ever-expanding Bosch-verse? Now that the seventh season is out, and we've seen how executive producer Eric Overmyer and author Michael Connelly, the creator of the Bosch book series, have wrapped up all the storylines, we have a clearer picture of what this new Bosch drama, which will be called Bosch: Legacy, will look like when it drops on IMDb TV—instead of Bosch's traditional home of Amazon Prime—later this year. Read on to solve the case of the spinoff.

When will Bosch: Legacy come out?

Bosch: Legacy will premiere on May 6, less than a year after the original series ended. The creators didn't waste time in getting back to work and the cameras were rolling last summer: On June 23, 2021 Connelly tweeted out a video of Welliver again walking the streets of LA as Bosch. You can't keep this guy down for long.

How can you watch shows on IMDbTV?

This is the big change for Bosch, which was Amazon Prime's first real TV hit. So, in some sense, it makes sense that the company would want to use one of its most popular shows to establish the brand for IMDb TV, the ad-supported, Amazon-owned streaming entity that launched in 2019. If you have Amazon Prime, you will definitely still be able to enjoy Bosch; if you don't have Prime, you can still watch IMDb TV and experience Bosch for the first time. In an interview with Newsweek, Connelly indicated that the first season will consist of 10 episodes and that they "won't drop all ten at once," likely using a weekly release schedule.

Bosch:Legacy won't be the first IMDb TV original; British action series Alex Rider debuted on the service in America earlier in 2021 and a reboot of TNT's heist series Leverage, Leverage: Redemption, hit the service in July, 2021. 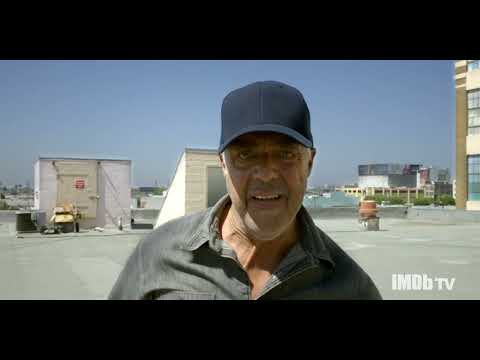 Is there a trailer for Bosch: Legacy?

There is! IMDb TV dropped a trailer for the new series, which makes good on its title by focussing on the Bosch family tree. Specifically, the clip shows Harry Bosch and Maddie Bosch (Madison Lintz) working cases. While the older Bosch is now a private detective, working with attorney Honey 'Money' Chandler (Mimi Rodgers), the younger Bosch is training as a rookie beat cop. There's also a hint that the series will also explore the backstory surrounding Bosch's father, too. Like (Harry) Bosch says in the trailer, "Legacy matters."

What will Bosch: Legacy be about?

The seventh season of Bosch ends with Detective Harry Bosch finally getting fed up with the bureaucracy, hypocrisy, and favor-trading environment of the Los Angeles Police Department. During the last episode, he turns in his badge in frustration and registers for a private investigator's license, leaving the dingy offices of Hollywood Homicide behind forever. But it's not like he's taking up gardening or opening up his own Fat Tire beer brewery. (One of the things you must know about Bosch: He loves Fat Tire.)

He'll continue to work cases, solve murders, and seek justice for the victims of violent crimes. Here's how Bosch: Legacy was described when it was first announced on Deadline: "The untitled spinoff will follow Harry Bosch, played by Welliver, as he embarks on the next chapter of his career and finds himself working with his one-time enemy and top-notch attorney Honey 'Money' Chandler, played by [Mimi] Rogers. With a deep and complicated history between this unlikely pair, they must work together to do what they can agree on—finding justice."

In an interview with Vulture, Welliver, who will also serve as an executive producer on the new series, gave his own description of the new show. "I hesitate to say the word 'spinoff' because it’s not really a spinoff," he said. "It’s a continuation of the Harry Bosch saga. He’s still the same guy, just in a different place in his life."

Who has been cast in Bosch: Legacy?

Obviously, Welliver is coming back. Can you imagine a Bosch show without him? According to an interview with Newsweek, when Connelly first mentioned the possibility of a Bosch spinoff to Welliver, the actor thought for a few seconds that he was going to be recast in the role and that the new series might focus on a younger version of the character. "I didn't think of it in terms of an actor and he thought, 'So you're gonna reboot it with a younger guy or something?'" explained Connelly. "He was like 'Who plays Bosch?'" Luckily, Connelly set the record straight.

In addition to Welliver, Madison Lintz and Mimi Rogers will continue on in their roles as Maddie Bosch and Honey "Money" Chandler. Rogers appeared in the first season of Bosch as Chandler, a powerful and wealthy civil rights attorney, and recurred throughout the series as an occasional thorn in Bosch's side. In the last few seasons, she emerged as a professional mentor to Lintz's Maddie, and presumably, the new series will continue to explore the complicated dynamic between the three.

Does Bosch's new job mean that the new series will be leaving all the other characters from the police station? In an interview with Next TV, Jamie Hector, who plays Bosch's partner J. Edgar, gave a diplomatic answer when asked about appearing in the spinoff. "You never know," he said. "I am excited to know that the work we did together was able to lead to a spinoff, and I’m happy about that whether I make an appearance in it or not." One has to assume the same goes for characters like Lance Reddick's Irvin Irving and Amy Aquino's Lieutenant Grace Billets. What about aging detectives Crate and Barrel? We'll have to wait and see if they make cameos.

Who are the creators behind Bosch: Legacy?

Bosch: Legacy will retain much of the same creative team behind the scenes. In addition to Connelly, who will return as a writer and executive producer, Bosch showrunner Eric Overmyer (The Wire, Treme) will also be involved as an executive producer. Executive producer Zetna Fuentes, who has directed multiple Bosch episodes, along with episodes of shows like The Deuce and Ray Donovan, will direct the pilot episode.

Will the show continue to draw on Michael Connelly's novels?

It sounds like Bosch: Legacy will not mess with the formula too much. All the previous Bosch seasons drew stories from Connelly's Bosch novels; the new show will do the same thing. It makes sense because Bosch has retired from the police force in the book series and moved into being a private investigator, so there's plenty of material to work with. Specifically, Connelly told Newsweek that the show will find inspiration in the pages of 2016's The Wrong Side of Goodbye, the 29th Bosch novel.

"It's very much one of my favorite books," explained Connelly. "It might be my favorite book because I finally get to the thing that inspired me to be a writer and that was the private eye novels of people like Raymond Chandler, Ross Macdonald and Dashiell Hammett."