Earlier this month, Stephen King recommended Netflix's woodsy new thriller Calibre. In between book picks, dog photos, and impeachment requests, the wildly prolific horror author uses his chatty, frequently updated Twitter account to make the occasional TV and movie endorsement, often focussing on the spooky genre that he made his name in. When the mind behind novels like Carrie and The Stand (not to mention recent Netflix stand-outs like Gerald's Game and 1922) calls a movie a "genuine nail-biter" and claims it has a "Hitchcock vibe," it's worth paying attention to it. He's got some authority in the nail-biting space.

Still, as any reader of his old Entertainment Weekly columns can attest, King has deeply eclectic (and sometimes slightly goofy) taste when it comes to films. Did he lead us astray here? Well, we watched Calibre and can confirm: This is a work of stomach-churning suspense worthy of King's praise. It's also a bright spot in Netflix's recent batch of underwhelmingthrillerofferings.

The Scottish production from debut filmmaker Matt Palmer has a fairly stock premise -- father-to-be Vaughn (Jack Lowden) joins his rough-around-the-edges buddy Marcus (Martin McCann) for one last hunting weekend full of revelry and, of course, bloodshed -- but it balances the familiar set-up with subtle performances, a restrained visual approach, and a striking sense of place. In its best moments, Calibre plays like a Highlands-set episode of Breaking Bad mixed with an Edgar Allen Poe story. It attacks your nerves with studied precision. 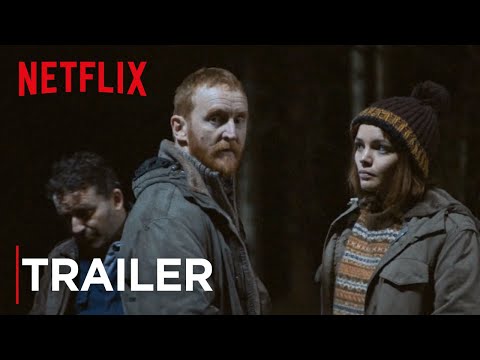 The opening stretch, which finds tension in moments of unease and mistrust, might be the most effective part of the film. After some awkward banter between the two guys as they set off on their journey, the men arrive at exactly the type of cozy, remote hamlet where you know bad shit is about to go down. The locals, sporting thick beards, thick accents, and even thicker sweaters, welcome the two buddies to their sleepy community with a combination of rugged hospitality and hardly concealed spite. We learn there's a raucous festival approaching, signaling that a communal Wicker Man-like scenario might be in the offering, and it's clear that word travels fast in the muddy, gray town. Vacations rarely go smoothly in movies -- or villages -- like this.

The hunting trip is Marcus's idea, a way to celebrate Vaughn's "last few days of freedom," but it's clearly less important to him than spending a night out drinking and flirting with two women who stop by the bar. (Palmer draws the distinctions between his two leads with small, clever details, like hinting at Marcus's cocaine use.) Hungover and inexperienced with a rifle, Vaughn finds himself in the middle of the fog-filled forest the next morning drawing a bead on a deer, but suddenly a child enters his crosshairs. Before he can reconsider, he pulls the trigger.

From there, the story becomes a study in guilt, retribution, and toxic masculinity: Marcus wants to cover up the accidental death and commits another shocking violent act that only further complicates the situation. Vaughn clearly wants to confess; Marcus thinks they can bury the bodies, head back to town, and split before the missing boy is found. Marcus's brash, self-serving plan wins out, but the filmmakers don't go easy on the duo. Whether they're hiding a backpack with a spot of blood on it or surviving a tense venison dinner with an increasingly hostile community leader, played with a knowing glare by Tony Curan, the two friends must scheme and plot at every turn. Will the townsfolk inevitably turn the tables on them?

If the movie has a misstep, it's that the final section lacks that shocking stylistic gear shift that might've elevated the movie to a different level. Earlier this year, Netflix released another male-bonding-gone-wrong thriller, David Bruckner's impressive The Ritual, and, without spoiling the ending to either film, I'll just say The Ritual "goes there" in a way that Calibre is less inclined to. Palmer's film is content examining a more internal conflict. Still, there are hints of a stranger, more cosmic type of horror lurking in the haunting vistas of Palmer's tightly wound morality tale. One hopes that in his next movie, he might take a page from his new fan Stephen King and truly let the monsters out of the bag.