The answer will take you back in time in the 'Fast' franchise.

The Fast Family is now a vast network that includes the original stars of The Fast and The Furious, Oscar-winning actresses like Helen Mirren and Charlize Theron, the dudes from Tokyo Drift, a number of former wrestlers, Kurt Russell, and music superstars. Falling into that final category is Cardi B, who makes her Fast debut with a brief cameo in F9.

Cardi B is not playing Cardi B. No, c'mon, the Fast world has too much lore for this. Instead, she shows up undercover and reveals herself to be "Leysa," who is in fact "Cara's little sister." But who is Leysa? And, uh, who is Cara? The answers are as goofy as the rest of this glorious franchise. Let's break it down. 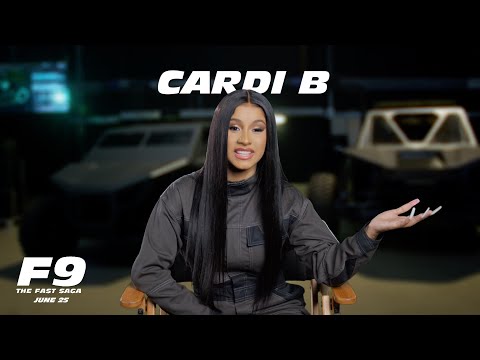 How does Cardi B figure into the F9 plot?

In order to track down his brother, Jakob (John Cena, pouting)—who has stolen a device that Russell's Mr. Nobody was trying to keep hidden—Vin Diesel's Dom Toretto heads to London. There he meets up with Mirren's Queenie Shaw in the midst of a jewel heist. Queenie reveals that she's sold Dom out to Jakob and drives him to a mansion where a bunch of hot babes—a classic feature of the Fast movies—are dancing wearing all white.

Inside, Jakob tells Dom that he's teamed up with Otto (Thue Ersted Rasmussen), a rich kid siphoning funds from his father. Jakob and Otto have Dom arrested by Interpol who shuffle him into a van. When everyone's seated, the agents take off their helmets and reveal themselves to be, surprise, the babes, led by Cardi B's Leysa.

How did Leysa get this job?

As Cardi briefly explains to Dom—presumably over the likely cheers and chuckles of audience members—she's actually working for Helen Mirren's Queenie, who was pulling one over on Jakob even as she claimed she was pulling one over on Dom. Dom actually got Leysa the job with Helen. They are old friends from the Dominican Republic, and Leysa mentions she is Cara's little sister. But... wait... who is Cara? 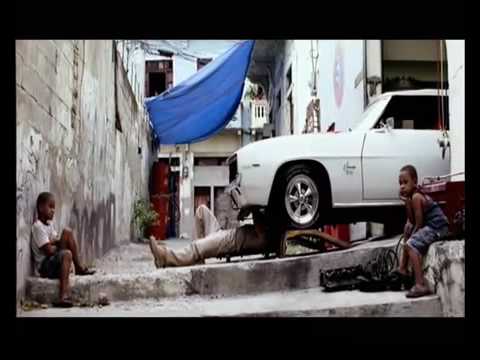 This is where you have to dig deep into your memory bank and recall both Fast & Furious and the 2009 prequel to that installment, directed by Vin Diesel, called Los Bandoleros. Yes, perhaps the most forgotten entry in the franchise, Diesel made a 20-minute short that basically explains what Dom has been up to hanging in the DR. Filmed in a verité style, Los Bandoleros is probably the most political entry into the franchise, centering around economic injustice in the country. It establishes that Dom and Han are pals, reunites Dom and Letty, and introduces Tego Leo (Tego Calderon), a.k.a. Leo, and Cara (Mirtha Michelle), whose character is just called "Mirtha" in the credits.

While Los Bandoleros technically ends with Dom and Letty making out on a beach, it leads right into the opening of Fast & Furious, wherein Dom, Letty, Han, Cara, and Leo attempt to steal an oil tanker. While Leo shows up in future installments of the Fast movies, these are Cara's only appearances, and it's implied that she and Han are eventually a couple. In F9,Han is back, but Cara is only invoked as apparently she and Dom have stayed in touch and teamed up to help out Leysa, who is now running undercover missions in London.

Will Cardi and Leysa be back?

According to Dominic Toretto himself, a.k.a. Vin Diesel: Yes, for sure. He told ET on the F9 red carpet that her role will ramp up in the final two Fast films. "We are very much excited to evolve her character and to expand it to the finale," he explained. Fingers crossed next time she'll share some scenes with Mirren because that's a pairing we'd love to see. However, we think it's only fair that Michelle returns as well. You can't have Leysa without Cara, apparently.