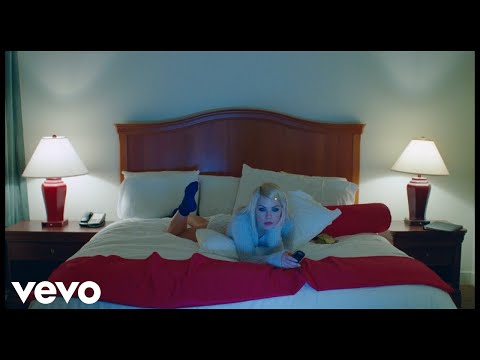 If you're sleeping on Carly Rae Jepsen -- or still just think she's just the "Call Me Maybe" girl -- first off, what is wrong with you? Since her 2015 release, Emotion, Jepsen has been a fountain of savvy, soaring hits that deserve far more than the "guilty pleasure" moniker. (In fact, let's just banish that phrase from our lexicon, OK?)

Anyway, if you still aren't convinced that Jepsen is making some of the best pop out there, please give her new single, "Party for One," a listen. "Party for One" is being deemed by the press (and by Carly herself) as a declaration of "self love, "and while that's certainly accurate, we're also all adults here. It's pretty unabashedly about something a little more explicit. "I'll be the one, if you don't care about me," she sings. "Making love to myself, back on my beat."

As the track goes on, heartbreak morphs into pure joy and the production grows steadily more epic -- thundering even, if you want to go that far. She's one of the few musicians working today who unfailingly writes songs that make listeners feel like they belong in their very own movie montages.

But if you want some readymade visual aids, Jepsen brings them with a video in which a group of lonely hotel patrons lose their inhibitions and end up at an exuberant lobby party.

Jepsen's been dining out on the work she put into Emotion for a couple of years now. In 2016, she debuted Emotion: Side B, and the following year dropped "Cut to the Feeling" as part of the soundtrack for the forgotten animated film Leap! This past summer she wielded a sword at Lollapalooza, bringing a meme to life.

An incredibly prolific songwriter, she told an audience in 2017 that she had already written 80 songs for her upcoming album, which is scheduled for release sometime next year. She has described the vibe of  the untiled project as "understated disco." There's nothing really "understated" about "Party for One." It's bold, catchy, and portends more great things.