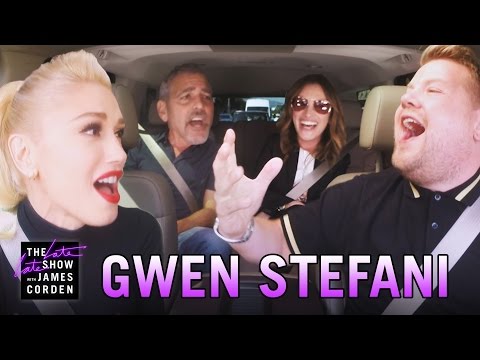 James Corden's gags aren't cheap -- which explains the success of his Carpool Karaoke segments. (Speaking of which, check out our ranking of every Carpool Karaoke.) When he wrangles A-list music talent, cruises Los Angeles in a minivan, and cues up his guest's hit songs for off-the-cuff duets, there's no goofball irony or halfhearted high notes. He sings the hell out of a pop song, never overshadowing the guest, but always coming damn close.

Corden's such a showman, he can even sell the "spontaneity" of the Carpool segments. In the latest, Gwen Stefani joins the late-night host to wail "Don't Speak," dissect the tongue-twisting lyrics of "The Sweet Escape," and show off her love for emojis in an interpretive dance set to "Used to Love You." Then, halfway through, Corden hits the HOV lane and finds himself in desperate need of additional passengers. Enter: George Clooney and Julia Roberts, who just happen to be in the area and have a movie to promote, Money Monster. Hokey? Yes. Genius when the quartet blasts Queen's "We Are the Champions"? Yes.