This won't be the end of 'Castlevania' on Netflix.

Though the show killed off Vlad Dracula Tepes at the end of its second season, the specter of Castlevania's ancient vampire loomed large for two more, despite barely appearing in them at all. Dracula was decidedly absent for more than half of Netflix's "Dracula anime," and yet the show never forgot what the driving force behind it all was in the first place: the most powerful vampire in the world falling in love, and then having that love stolen from him.

In its final season, Castlevania takes a lot of wheel-spinning and philosophical chatting to get where it needs to go, bringing nearly all of its many characters together for one final showdown against their most dangerous foe yet, and Dracula and Lisa Tepes are only involved in all of that in a rudimentary sense. It's fitting, then, that the two of them get to close out the show's final scene, with a sneaky Bram Stoker reference and an open-ended answer to the question: Is this the end of Castlevania?

Following the reveal that the Dickensian vampire Varney and the mysterious alchemist Saint Germain met in the Escher library were both disguises of Death himself all along, and after Saint Germain's hermaphroditic homunculus containing the trapped souls of Dracula and Lisa taken all the way from Hell itself was severed in half, and after Trevor Belmont had used every weapon in his arsenal to fight off Death's giant Godzilla-sized final form, winning the war and saving Wallachia and the rest of the world from certain doom—we're treated to an epilogue of sorts, where two weary travelers find themselves a room at an inn on a rainy night. Those two travelers are, of course, Dracula and Lisa Tepes, newly alive once again (or rather, alive in one's case and undead in the other's), with no memory of how exactly that happened. Presumably, after Saint Germain's creation was destroyed and Death was killed, Dracula and Lisa's souls were freed into the world, generating bodies for themselves and plopping down in Eastern Europe. 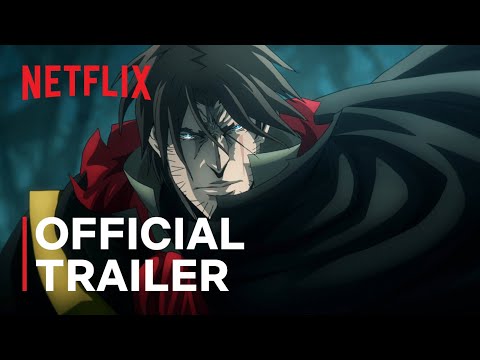 When the two settle in for the night, they have a conversation about the mystery of their newfound lives, the gift of their resurrection, and what comes next. Dracula says he might want to leave Wallachia in the dust altogether, thinking about posting up in England somewhere. "White-ly, Whitby, something like that," he says, in an otherwise throwaway line that ought to set off a bell or two in the heads of any Dracula die-hards.

Whitby Abbey, a towering gothic ruin in North Yorkshire situated above the small town of Whitby, served as a source of inspiration for Bram Stoker, who drew on the atmospheric location and the look of the ruins for a book about a vampire he was working on at the time. In Dracula, the vampire, in the form of a large dog, runs up the famous 199 steps to the graveyard of St. Mary's Church, which sits in the shadow of the abbey's ruins. If you look at pictures of the abbey, you'll know exactly how someone could see it and immediately think of vampires.

Does this mean that Castlevania is doing a straight-up Dracula story next? Probably not, but the show will continue in some form after its final season. Deadline announced in April 2021 that Netflix was looking to do a similar show set in the same world with all new characters, but it wouldn't necessarily be a Castlevania spinoff, whatever that means. "Set in the same universe" could really mean anything—we could be getting more of a globetrotting vampire tale next, rather than spending a whole series in one place (Season 3's Japanese vampire subplot showed a lot of promise), or it could have nothing to do with vampires at all, perhaps instead focusing on the Forgemasters and alchemists of this world and maybe sending some of them through the Infinite Corridor.

Castlevania spent most of its runtime building a fully fleshed-out world that got more complex with every season, so it's only fitting that that world would continue to live on in some form. Let's just give poor Trevor and his buddies a break for a while.