A Chadwick Boseman Documentary Is Coming To Netflix

The special will air on the streaming service for a limited 30-day window starting this Saturday. 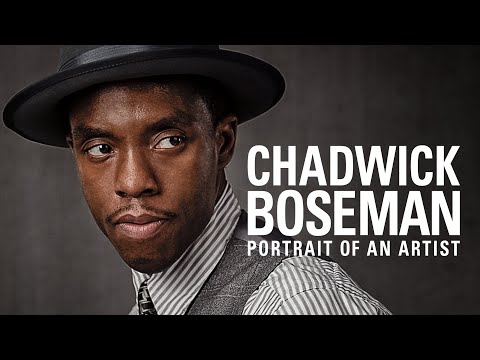 The loss of actor Chadwick Boseman, who died at just 43 years old last year from a years-long battle with colon cancer, was devastating news. His legacy lives on in his roles, though, including his performance in the Netflix film Ma Rainey's Black Bottom, in which Boseman has become the frontrunner to posthumously win Best Actor at this year's Oscars.

To honor his body of work he leaves behind and in anticipation of the Academy Awards on Sunday, April 25, Netflix is releasing a documentary about the late star, his craft, and enduring influence. The trailer for the special, titled Chadwick Boseman: Portrait of an Artist, dropped today, teasing an emotional look at how seriously the talent took his art form and the effect he had on his peers. A handful of his collaborators are set to appear in interviews, including his Ma Rainey's Black Bottom co-stars Viola Davis, Taylour Paige, and Glynn Turman, Black Panther star Danai Gurira, directors Brian Helgeland, Reginald Hudlin, Spike Lee, Tate Taylor, and Ma Rainey filmmaker George C. Wolfe, who directed him in his last on-screen role, as well as many other professionals he worked with throughout his career.

Chadwick Boseman: Portrait of an Artist hits Netflix this Saturday, April 17 and will stream for a limited 30-day window.