If you haven't cried yet, the 'Chemical Hearts' trailer is here to fix that. 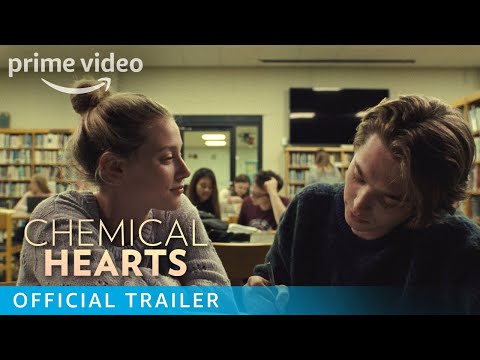 Oh, great, another romance movie about hetero teen love! Only this one... might be good? Amazon Prime Video just dropped the trailer for Chemical Hearts, Richard Tanne's (Southside with You) newest film about two high school seniors who form an intimate bond after being asked to co-edit the school newspaper together. Based on Krystal Sutherland's 2016 novel, Our Chemical Hearts, it's a retelling that has all the elements of a certified tearjerker, from teenaged mixed signals to the needle drop of Perfume Genius' "Some Dream" halfway through the trailer.

Lili Reinhart, best known for her roles as Betty Cooper on Riverdale and Annabelle in Hustlers, plays the mysterious new girl Grace Town, on top of being one of the film's executive producers. She quickly catches the eye of neighbor and classmate Henry Page, played by Austin Abrams of Euphoria. As Henry gets to know Grace better, he learns traumatic details about her past -- details that'll make it hard for Henry to form the relationship he wants. Just from this early look, their natural on-screen chemistry brought to their character's fraught will they/won't they relationship a heartrending watch.