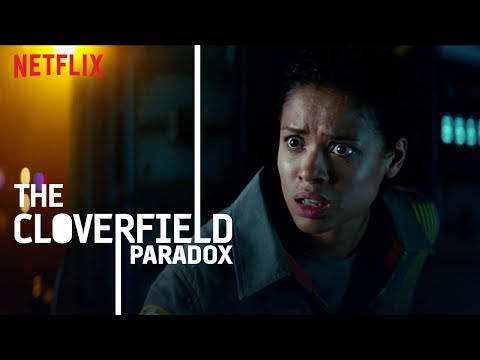 Well guess what? The Cloverfield Paradox debuts tonight on Netflix.

In an unprecedented move, the third Cloverfield movie drops immediately following the Super Bowl on the streaming platform. And unlike 10 Cloverfield Lane, the movie is a direct sequel to original 2008 movie, telling the story of how a group of scientists accidentally summoned the monster that wreaked havoc on New York City. Originally titled God's Particle, the movie is based on a buzzy sci-fi script that imagines what would happen if the Earth suddenly disappeared. How much of that story made it into The Cloverfield Paradox?

We'll find out tonight. Because the movie is literally dropping out of nowhere, Beyonce style.

Sign up here for our daily Thrillist email and subscribe here for our YouTube channel to get your fix of the best in food/drink/fun.
Matt Patches is the Executive Entertainment Editor of Thrillist. He previously wrote for Grantland, Esquire.com, and Vulture. Find him on Twitter @misterpatches.