How to Go to a Concert Again, According to Experts

Here's what to know before heading to an indoors general admission show again.

Design by Maitane Romagosa for Thrillist
This story is a part of a Thrillist series helping our readers navigate and slowly return to the world. Be sure to always follow CDC guidelines and, most importantly, don't leave the house if you're experiencing fever, cough, shortness of breath, or other symptoms of COVID-19. 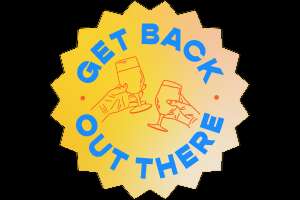 If you're a music fan, few things can be as life-affirming as seeing your favorite bands perform on stage and losing yourself to the sound. Belting out lyrics, dancing uncontrollably, diving headlong into a mosh pit, or just standing still and nodding serenely—concert-going offers the right mix of euphoria and escapism to help you get through life.

If you're craving that exhilarating feeling you get from going to a show, whether you're someone who attends several a week or one per year, you're not alone. "[When] the energy is just palpable in the room," says Ashley Ryan, the Marketing Director at the iconic Minneapolis music venue First Avenue, citing what she misses most about not being able to attend concerts for the last year. Beyond just largely preventing fans from interacting in person with the music they love, the pandemic has had a wide-reaching, unfortunate effect on the music industry itself, with many music venues unable to turn a profit from events and many artists losing crucial revenue streams without touring.

According to Ryan, though, "it really feels like the floodgates are opening up." Concerts are finally coming back—and not just the outdoor music festivals this summer and fall, but concerts at indoor venues. As the CDC eases guidelines about indoor event sizes and states and cities adjust their plans for opening back up, music fans will be soon able to experience live performances again.

It's definitely exciting seeing artists finally rescheduling tour dates and venues announcing events, but actually getting back into a crowded, indoor space might feel like an anxiety-inducing activity after so much time spent social-distancing. If you do plan to get to a gig in the coming months, we've put together a comprehensive primer on what to expect, what to avoid, and how to stay safe.

What safety precautions to expect

While regulations regarding indoor event sizes differ in every state and city, there's a handful of universal safety protocols you can likely expect. Ashley Ryan said, "Everything that everyone is doing is following every guideline." At the few events that the 1,500-capacity First Ave has had in the past year, that's meant being "seated at a table [in] groups of two or four of your same household" with separation between them and masks required.

Going forward, masks are likely to remain in place, but Ryan said general admission shows that concert-goers are used to—meaning, standing on the floor of a venue in a crowd without assigned spacing or seating—will slowly come back. At this time, the possibility of that is largely based on the prediction that more and more people will be able to get vaccinated in the coming weeks and months. Ryan said, "What we're expecting to see is more general admission shows where people are vaccinated and able to be in that same indoor space together. We definitely anticipate what will hopefully feel like a quote-unquote 'normal show' by this fall and especially next spring," she said. "Obviously, we need folks to get vaccinated so we can get back to normal."

What about the rumored vaccine passports?

With restrictions varying based on location, it's hard to say whether you'll need proof of a negative test or vaccination in order to get into an indoor concert. It is possible, though. Ryan explained that, right now, First Ave specifically doesn't know if that will be its protocol because they're waiting on guidelines from the state of Minnesota. "We're not 100% sure of what that'll look like, but we are planning on regular full capacity shows in the future," she said.

So, just be sure to check your state and venue guidelines before you make it to the gig. In New York, for example, proof of a vaccination or negative test is required for any arts and entertainment performance. That's been required of attendees to large events since late March and can be proven in a number of ways, but most commonly via digital pass called the Excelsior Pass app, which users can upload their results or records to and can be scanned for entry.

Remember to keep the venue staff in mind

The people who work in live music love the experience and the energy just as much as fans, if not more. Now that they're returning to work when things couldn't be more unusual, it's absolutely worth considering how that affects their ability to put on a live event, as well as their health and safety.

"Especially as we go into this future where we don't even know yet what we're going to be asked to require [of] people, I would say just have a little patience," Ryan said. "These people want you to be at the show so badly—they want the show to be happening so badly—but they might need to take an extra second to do security or health checks, or they might need to take an extra minute before you get in the door to make sure that everything is good to go."

Consider the artist's safety, as well

Artists are thrilled to be able to get back out and play again, but that doesn't come without anxieties—especially since on top of being inside crowded indoor spaces, they'll also be traveling extensively. "Between travel, the odd hours, couch surfing, and any other unpredictable situations that may arise, touring is not conducive to maintaining health at all, really," said Mia Berrin, who fronts the New York-based indie band Pom Pom Squad. While she and her group are excited to release their debut album, Death of a Cheerleader, out June 25 via City Slang, and set out on tour with Bully this summer, she is nervous about staying healthy while playing shows.

There's certainly ways fans can help put her and other groups that they're looking forward to seeing at ease, though. "I think fans need to be considerate in asking themselves if they should come out—especially if they haven't been recently tested or vaccinated. It seems obvious but it's worth stating. Now more than ever, lack of care could really harmfully affect other people in the audience as well as the performers on stage."

If you are well enough to make it to a show, there are things you can do at the venue to make artists feel even safer—like being aware of boundaries if you get the chance to greet the band afterwards. "If there's a way I can do so safely, I'd love to say hi! I really enjoy hanging out at the merch table after a show, but I’ll likely avoid any physical contact," said Berrin. She also noted that people "should be aware of touching or handling items at the merch table if their hands aren’t washed and sanitized."

The artists themselves are obviously at the heart of live shows, so just keep in mind that they're navigating this world, too, and need to be able to maintain their health so we can continue to enjoy their music.

Since artists haven't been touring for more than a year, fans might be curious if that means ticket prices are bound to increase. Luckily, if you're on a budget but eager to open up your wallet for tickets, you don't need to worry about extra costs. Ryan said, "We are actually not really seeing [increases] right now… the ticket prices seem really comparable to where we were a year and a half ago."

Why it's important to support live music when you feel ready

The past year has been financially difficult for nearly every kind of business, especially including venues "whose main job is to bring groups of people together in mass to celebrate live music in person." Ryan said, "The independent venues have been saying we were the first to close and we'll be the last to reopen, and we're really sort of seeing that happen. Of course, we understand there's safety concerns and we know the rollback to the way life was is happening in stages, but it's tough being on the tail end of it."

Because of that, as venues approach reopening and artists do start performing again, now feels like as great of a time as ever to support artists and independent venues. Mia Berrin of Pom Pom Squad said, "Music gets people through so much, and now it’s time for us to help music through this! Art has value—a lot of us would have been miserable without some form of art or entertainment this year. People treat [the music] industry as if making a sustainable living within it is a pipe dream, when in fact, there’s a lot of money in music—the question we should be asking is who all that money is going to. Any opportunity for money to go directly to an independent artist, venue owner, worker of any kind in the live music community, makes a tangible difference for that individual." Going to concerts, of course, is one of the best ways that fans can show their support.

Ryan said, "The way we've been supporting all kinds of other small, local businesses—do that for the arts and arts scene, too." And what better way to do that than experience the thrill of live music again?

Sadie Bell is the entertainment editorial assistant at Thrillist. She's on Twitter at @mssadiebell and cannot wait to get to the gig.