Why 'Cops' Finally Got Canceled After 32 Seasons

The long-running reality show that celebrated bad policing is no more.

After 32 seasons and more than 1,000 episodes, Cops is ending. Earlier this month, the ViacomCBS-owned Paramount Network, which became the home for new Cops episodes after it changed its name from SpikeTV in 2018, pulled reruns of the controversial show from its schedule amid mass protests following the police killing of George Floyd in Minneapolis on May 25th and other incidents of police brutality. Now, the network is scrapping the reality show that followed police officers on the job altogether.

"Cops is not on the Paramount Network and we don’t have any current or future plans for it to return," a network spokesperson told the Hollywood Reporter. Prior to the show's cancelation, the 33rd season of Cops was previously scheduled to premiere on the Paramount Network on June 15. Before making the jump to basic cable in 2013, the show aired new episodes on FOX for 25 seasons, often in two-episode blocks on Saturday nights alongside the similarly pro-law-enforcement series America's Most Wanted. According to the Hollywood Reporter, reruns of Cops still air on WGN America, which does not plan to renew its syndication contract, and the ViacomCBS-owned streaming service Pluto TV.

In the wake of recent events, many fictional cop shows have faced increased public scrutiny, with major networks facing pointed criticism for making public displays of solidarity against racism while still profiting from action-heavy police procedurals like NBC's Chicago PD or CBS's S.W.A.T. Some actors and creators involved with network police shows, like Blue Bloods or Brooklyn Nine-Nine, have made public statements of support of the protests and donated portions of their salaries to bail funds.

Non-fiction shows like Cops or A&E's Live PD, which has also been pulled from the basic cable schedule, have been less centered in the national conversation, perhaps because they no longer hold the same place of prominence in the culture as they did in their heydays. But the heated debate around Cops, which premiered on FOX in 1989 with flashing lights and Inner Circle's "Bad Boys" as its theme song, is hardly new and the show has a long, complicated history of courting controversy for its depictions of poor communities, its filmmaking tactics, and its messaging. 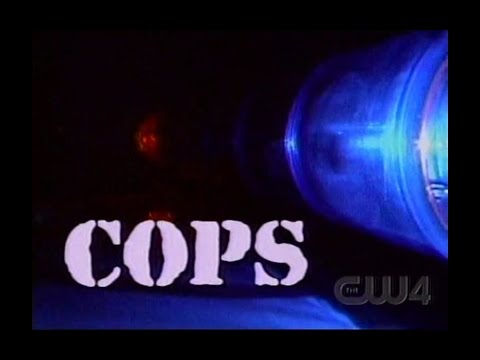 Why was Cops canceled?

This is not the first time Cops has been canceled -- and, given the cyclical nature of TV programming, it might not be the last. When the show was canceled by FOX in 2013, the removal from primetime was a win for Color of Change, the civil rights group that called for an end to the show and criticized its "intentional focus on Black, Latino and low income neighborhoods and its highly selective portrayal of race."

Criticism of Cops is as old as the show itself. In 1994, a content analysis of Cops found that "white characters were more likely to be portrayed as police officers than criminal suspects, whereas black and Hispanic characters were more likely to be portrayed as criminal suspects than police officers" and subsequent studies have pointed towards similar findings. Recent articles like Longform's "How Cops Became the Most Polarizing Reality TV Show in America," published in partnership with the Marshall Project in 2018, and the podcast Running from the Cops, produced by the team behind the popular Missing Richard Simmons podcast in 2019, have kept up a steady drumbeat of criticism and analysis. Still, the show kept rolling along.

This moment might be different. As the New York Timespoints out, Cops was hardly a ratings powerhouse for the Paramount Network in recent years. According to Nielsen data, airings of the show in May had 470,000 total viewers per episode, which is less than many more high-profile basic cable reality hits. Additionally, the Hollywood Reporter quotes an unnamed source that says the Paramount Network is moving away from unscripted fare as part of a larger programming strategy, shifting towards glossy scripted shows like the hit Yellowstone or the recent mini-series that's found a second life on Netflix, Waco.

Given the recent debates around portrayals of policing in the media and how they contribute to real-world social injustice -- not to mention how Cops specifically served as a valuable recruiting tool for police departments -- it's likely the Paramount Network executives simply thought Cops isn't worth the trouble.

Cops was created by John Langley and Malcolm Barbour, two producers who had previously worked together on the 1983 drug-trade documentary Cocaine Blues, which caught the eye of news anchor Geraldo Rivera, who recruited the pair to produce the syndicated TV special American Vice: The Doping of a Nation in 1986. The experience working on those projects inspired the pair to develop what is now the signature Cops style: hand-held, cinéma vérité footage presented without voiceover narration, and with an emphasis on the more chaotic aspects of policing. When Cops debuted in 1989 -- commissioned in the middle of a 1988 writers' strike that found networks scrambling for unscripted programing -- it quickly caught on with viewers and became a hit.

Selling a warped version of "reality" long before shows like Survivor or Big Brother revolutionized the genre, Langley, a PhD dropout from the University of California Irvine, became the closest thing the show had to a public face and its key defender in the press. (Bardour retired from producing in 1994.) "You can be entertained by it, you can be disgusted, but it is what happened," Langley told the New York Times in 2007 as a part of an anniversary piece. "It wasn’t staged, it wasn’t scripted. I didn’t put anyone on an island and tell them what to do."

In addition to Cops, Langley has gone on to produce less noteworthy reality shows like Jail, Vegas Strip, and Undercover Stings with his son Morgan, who has served as an executive producer of Cops since 2007.

What will be the legacy of Cops?

Even if Cops is pulled from TV permanently, there's no erasing its corrosive impact on how the public views the criminal justice system. Where shows like CSI or Criminal Minds peddle an idea of police work as mired in the minutia of sophisticated technology and cutting-edge science, Cops packaged an idea of social control that was more mundane but still pernicious. In a New York Times op-ed from 2019, podcaster Dan Taberski, the producer behind Running from the Cops, pointed out how the show "consistently, and casually, presents textbook bad policing as good policing." Oscillating between moments of tedium and spikes of danger, the show's proudly "gritty" approach served as a mask to hide an underlying ideology of fear.

For many viewers, Cops existed as a form of televised wallpaper. Often programmed in large blocks of re-runs that would air during afternoons and in the middle of the night, the show could be caught on TVs at laundromats, bars, or other public spaces. The lack of recurring characters, complicated plot threads, or cliffhangers made it a fixture of the pre-streaming channel surfing era. It was parodied on comedy shows like In Living Color, Mad TV, and Reno! 911. In 2000, there was even a whole X-Files episode, titled "X-Cops" and produced in collaboration with Langley's Cops crew, shot in the show's distinct visual aesthetic.

While Cops has mostly faded into the background of popular culture, especially since it made its move to basic cable in 2007, it's difficult to overstate its influence on how policing was portrayed in both non-fiction projects and in fiction shows in the last 30 years. The series' pulse-pounding sense of immediacy, its disregard for the inner lives of the suspects shown on screen, and its heroic framing of police officers as righteously misbehaving "bad boys" won't be swiftly erased with a cancelation announcement. (After the new broke, Twitter was filled with jokes about how this wasn't what people meant when they said "defund the police.") But it feels like a productive first step in the right direction.