Time to see the trio of bounty hunters in action. 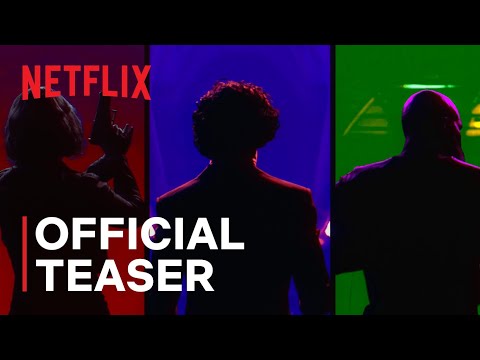 Netflix's live-action adaptation of Cowboy Bebop is closer than it's ever been—ahhhhhh it's real, it's happening!!—and the closer we get to the release date, the more footage we're seeing of the show itself. We haven't seen a trailer YET, but we we've been treated to a live-action shot-for-shot remake of the anime series' iconic opening credits, and today we get a glimpse of the trio of bounty hunters in action, in a teaser titled "Lost Session."

In the teaser, Spike Spiegel (John Cho), Jet Black (Mustafa Shakir), and Faye Valentine (Daniella Pineda), bounty hunters onboard the spaceship Bebop, are tracking down an elusive bounty, flitting between shots that are set up like comic book panels and making sure they stop for noodles along the way. We don't think this is actual footage from the show, but it's definitely the vibe it'll be going for: primary colors, bickering stars, retro vibes, and exaggerated action scenes that put us in mind of something akin to Scott Pilgrim or Crank. Even though we probably won't see this specific stuff in the show, it gives us a good idea of what to expect, and based on what you can see here, you can probably decide for yourself if this scratches the itch.