With his early work available on the Criterion Channel, it's a great time to revisit or discover 'Shivers,' 'Rabid,' and 'The Brood.'

It's easy to make a case for the super-spreading "relevance" of David Cronenberg's early films. Shivers (1975), Rabid (1977), and The Brood (1979)—all available to stream as part of the Criterion Channel's eclectically spooky, Halloween-ready '70s Horror collection—can be grouped as a loosely connected thematic trilogy, tied together by an interest in transmission, treatment, and hysteria. In all three movies, medical professionals scramble to control physical and psychological ailments they don't fully understand. Ordinary people give in to panic. The virus wins.

In the midst of a global pandemic, one that shows few signs of slowing down, these viscerally alarming movies can be picked apart as toolkits of despair or retconned as prophetic warnings. Bits of paranoid dialogue feel ripped from the current news cycle, images of disease mirror social media feeds, and flashes of insight resonate differently now that you've been wearing a mask outside for months. But isn't that a limiting way of experiencing these films? Doesn't it strip the movies of their potency? Why the urge to infect the past with the present?

Having watched new horror movies get framed up in the press as uniquely suited to "the moment"—and living through the latest wave of work created mid-lockdown—there was something liberating about revisiting the three movies in chronological order, watching Cronenberg develop as a filmmaker night after night. (They also pair well with Possessor, a new body-swapping sci-fi film from Cronenberg's son Brandon.) Shivers, Rabid, and The Brood don't "explain" or "contextualize" our contemporary crisis. They do what the best horror movies do: destabilize and terrify.

All three represent a combination of artistic curiosity and commercial savvy. In Cronenberg: The Early Years, an interview included in Criterion's programming, the director looks back on this period and says, "I decided at a certain point that, yes, I wanted to be a professional filmmaker." (His pre-Shivers movies, 1969's Stereo and 1970's Crimes of the Future, had what he describes as a more "underground" bent.) Though deeply personal, particularly the post-divorce psychological saga of The Brood, these movies are products of a time (the '70s), a place (Canada), and a market (the independent cinema funded by the production company Cinepix, which first established itself with soft-core erotic films). That inherent specificity is an asset—not a liability.

Of the three, Shivers, which follows the outbreak of an STD-like parasite in a housing complex, is the most narratively splintered, tracking multiple characters as they combat their squirming new worm-like friend. (Charmingly enough, the original title was Orgy of the Blood Parasites.) While the setting is reminiscent of the tower at the center of author J.G. Ballard's dystopian novel High-Rise, published in the same year Shivers was released, the focus on the perils of sex and the dissolution of the self is unique to Cronenberg. There's a blankness to the behavior and a sterility to the atmosphere that gets upended by bursts of grotesque violence. Even if the movie loses a bit of urgency as the parasite spreads, it's gripping to watch a young filmmaker so clearly keyed into the ideas that would define his career.

Adorned with gore and sleaze, each movie passes similar uncanny situations back and forth, allowing the viewer to watch certain concepts grow from a larval phase. Opening with a fiery motorcycle crash and tracking the spread of a rabies-like disorder from a plastic surgery clinic, Rabid expands the geographic territory of Shivers. By the end, it almost resembles a zombie movie as the disease, carried by a woman (Marilyn Chambers) who received an experimental skin graft surgery, spreads to barns, roadside diners, and crowded trains. Containment is not an option and multiple attempts at self-quarantine fail. 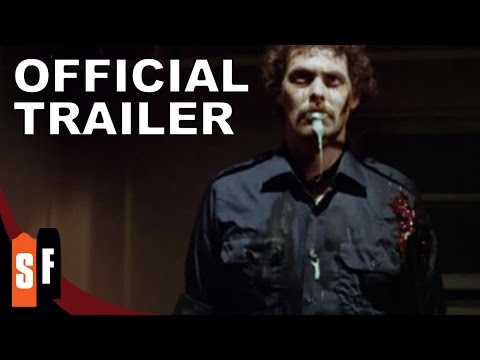 Though the movies feature reoccurring patterns, splatter-effects, and lapses into melodrama, they never feel formulaic. They all star a slightly removed male protagonist, an imperiled woman who must deal with the experiment-gone-wrong, and feature at least one scene of a child in danger. Cronenberg knows what taboos to push: In Rabid, Santa Claus gets gunned down by a panicked police officer in a shopping mall, a surreal vision of schmaltz colliding with brutality.

The relative claustrophobia of Shivers and the roaming expansiveness of Rabid culminates in The Brood, a movie that splits the difference between the two and becomes even more emotionally resonant. As terrific as Shivers and Rabid are, The Brood, which is also available to stream on HBO Max at the moment, is a more stylistically mature and fully developed work, pointing towards later career high-points like The Fly, Dead Ringers, and Crash. Again, there's a remote medical institute; this time, we meet Oliver Reed's Dr. Hal Raglan, a turtleneck-sporting psychotherapist hawking a new form of therapy dubbed "psychoplasmics." Nola Carveth (Samantha Eggar) is one of his patients, and she's been living at the institute as her husband Frank (Art Hindle) cares for their five-year-old daughter, who is being followed by small demon-like creatures.

Fair warning: The Brood retains its ability to shock. The movie's climatic reveal—Nola gives birth to anger-babies, manifestations of her desires, that carry out her personal vendettas—is both impenetrable and porous, lending itself to brilliant and perhaps uncharitable readings. It's the best type of metaphor. But on a filmmaking level, the final sequence, which cuts between an explosive conversation between Nola and Frank and a dangerous rescue mission taken up by Dr. Hal, is pure virtuosity. The music, the acting, and the editing all work together to achieve an effect of total immersion. It leaves you exhausted and inspired, excited by the possibilities of what a horror film can achieve and eager to become a carrier for Cronenberg's message of bodily doom.