The director has been uploading videos to YouTube since quarantine started. 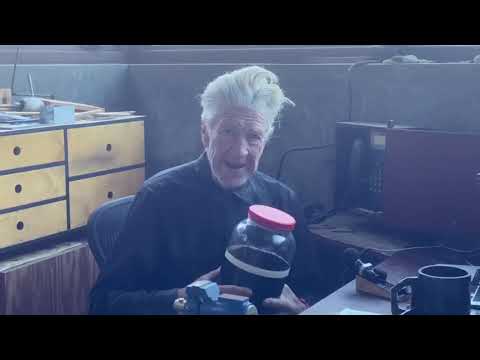 Four months into quarantine, we all kinda feel like we're trapped in Twin Peaks' Black Lodge, forced to sit on a couch and speak backwards while undead Laura Palmer and our sinister shadow selves gambol around us to the tune of soft jazz music. Fortunately, the dulcet tones of director David Lynch's all-caps voice are able to break through the fog of our clouded minds, reminding us that, yes, life is still moving along around us as it always does. Lynch has been uploading daily weather reports from his home in Los Angeles onto his YouTube channel, DAVID LYNCH THEATER, every day since May while he waits out the pandemic like the rest of us.

"GOOD MORNING," he begins each video, and then tells us what the date and day of the week it is, an invaluable resource for those of us who have given up on keeping track. He then follows it up with a description of the weather in his area (usually misty and cloudy in the mornings, which will likely "burn off" later in the day), the temperature in both Fahrenheit and Celsius, and ending with a wish for all of us to have a great day. As a daily comfort, these videos are gold, and as a quarantine diary, they're even more fascinating still, giving us normies a peek into the mind of one of our most perplexing artists.

And, honestly, Lynch's daily life seems… pretty normal. He posts each video from his workshop at the exact same angle, so they all look like they were filmed inside a concrete bunker. Sometimes he'll add in a conversation piece, such as the jar in the video above, the use for which he never bothers to explain. Elsewhere on his channel are a few short films he's released, as well as videos explaining his various crafting projects, wherein he often slides characteristically wise observations about the nature of our world, such as: "Paper is made from wood. And these paper towels are just another example of how important wood is for our work and our life." Can't argue with that.