Capcom's first Dead Rising game played the premise for George Romero's subversive horror classicDawn of the Dead for laughs. Sure, some freaky and truly claustrophobic moments unfolded while battling the undead inside a suburban shopping mall, but my lasting memories are of defeating zombies with a hot frying pan, or plopping horse masks on their heads and then bowling them over with a patio umbrella. It was ridiculous. I couldn't get enough.

Despite the allure of wearing goofy costumes and pummeling brainless walkers with household items, Dead Rising hasn't consistently re-created that magic over the last decade. While the series has struggled at times to keep things fresh while swapping characters and locales, the fourth installment, out now on Xbox One and Windows 10, marks the return of original hero Frank West, along with a new shopping mall to loot and paint red with fresh zombie innards. With West comes a fresh injection of his brash personality and a timely Christmas theme, but is that enough to vault Dead Rising 4 to the top of your wish list? Here's what you need to know. 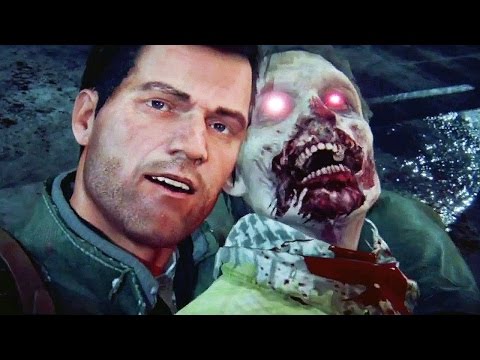 What exactly do you do in Dead Rising 4?

Killing zombies by hilarious methods is the highlight of the series, but it's not the main goal. In Dead Rising 4, you're fed a constant stream of tasks: take photos of evidence, clear a location of enemies, shut down a power reactor, and so on. It can feel like busywork at times, but if you take advantage of the game's intrinsic silliness, even the dull assignments can be fun.

Where else can you wander through a blood-spattered quarantine zone in a mall parking lot… while wearing only boxers and wielding a medieval sword and shield? Or mash down hundreds of zombies while cruising on the MowerHawg (a mash-up of a lawnmower and a child's bicycle) and wearing a basketball jersey and hazmat helmet? Or equip a hulking mech suit of armor that lets you add ice attacks by strapping on Slurpee machines using bungee cords?

Sure, you can play through much of the game using only assault rifles, baseball bats, and grenades, but this isn't The Walking Dead or Call of Duty, and it shouldn't be treated as such. It's a playground. Go nuts out there.

What's the deal with Frank West?

He's a famous asshole -- both in the game's universe and in the world of video games. West is a wonderfully narcissistic photojournalist who hit it big shooting the original zombie outbreak in Dead Rising, but now he's washed up and teaching college photography courses.

In fact, it's a student who gets him roped up in this latest nightmare, in which military forces are covering up another zombie outbreak for seemingly nefarious purposes… but West can't resist the possibility of a fresh scoop to thrust him back into the spotlight. He cracks vulgar jokes, prods his own failures, and seems to revel in the grotesque violence surrounding him once again. Given the blander heroes of previous sequels, it's a definite upgrade.

Is it really decked out with holiday spirit?

Kind of, but a lot of it feels like window dressing atop the familiar game formula. You'll see Santa sleighs and shiny wrapped presents, colored lights, and greenery all over the mall and the surrounding town. A few of the combo weapons -- made by quickly combining compatible items you find -- have themed holiday results, too, like the Electric Wreath or Ornament Gun.

Beating undead aggressors with a giant candy cane after popping a lighted wreath around their necks is hardly a game-changing addition, but it doesn't need to be: It's a nice seasonal tweak on the kind of dumb fun this series trades in. 'Tis the season to paint the snow red. And I love the enthusiastic holiday jingles that blare when you pause the game, providing a startling juxtaposition to the gruesome gameplay.

Still, I can't help but wish there were a disgruntled zombie mall Santa in here somewhere as an enemy, or maybe a pack of roving zombie elves. I haven't encountered anything of the sort through 10 hours of play, including most of the campaign, but maybe there's a big surprise near the end.

Is Dead Rising as great as it used to be?

Dead Rising 4 doesn't have the impact of its early predecessors, but the thrill of screwing with the undead before slaying them still hasn't faded. The story is forgettable, and there are plenty of gameplay frustrations and glitches; meanwhile, the graphics are jaunty like a shambling zombie. But those are old annoyances, and they fit the game's B-movie-like feel and flow.

Really, the game's biggest issue, aside from leaning on a lot of the same concepts established in 2006 and now spread across five entries, is that it just doesn't give you a very exciting location for its mayhem. You can  play in another shopping mall, sure, but I've spent a lot more time away from that welcoming beacon of commerce, instead running around a vacant city or through military facilities and abandoned labs -- totally average, generic game settings.

It's just not as enticing, and while Dead Rising 4 occasionally tries to be as weird and wonderful as the older entries, it doesn't fully commit -- plus the other characters fall flat, and this entry drops the constantly ticking timer and sometimes-intense challenge that made the past entries feel so uniquely tense. A lot of the game is just fine, but not particularly riveting or exciting.

Fans who are still up for another round of loose, zombie-slaying shenanigans will find them here, but this isn't the grand, reinvigorated revival I'd hoped for. Dead Rising 4 has its moments, but the old shock value -- in terms of hilarity, not horror -- is in shorter supply.

What if I'm new to the series?

Given the lack of meaningful storyline, you could start here -- but there's an even better entry point: Capcom just rereleased the original Dead Rising in a remastered edition for both Xbox One and PlayStation 4, and finally ported the game to PC as well.

It's $20, and while it is as clunky as you'd expect a decade-old action game to be, Dead Rising is still the defining series experience. You can also snag Dead Rising 2 and spinoff Dead Rising 2: Off the Record for $20 a pop. And if you love those entries, then you'll have plenty to dig into with Dead Rising 3 and 4 on Xbox One and PC, as well.