How Accurate Was the Crazy Climax of 'Deepwater Horizon'?

Warning: this post contains spoilers for the movie Deepwater Horizon.

Deepwater Horizon ends with a moment of extreme heroism. Left behind on a giant burning oil rig, electronics technician Mike Williams, played with everyman restraint by Mark Wahlberg, looks down at the flaming water of the Gulf of Mexico with fear in his eyes. He gives an inspirational pep talk to a terrified young female crew member named Andrea (Jane the Virgin's Gina Rodriguez), then throws her off the rig. He follows with a climatic jump of his own, dodging fire and debris as he plummets hundreds of feet into the ocean below.

Like many moments in director Peter Berg's disaster film, it's exciting, terrifying, emotionally overwhelming, and a little over the top. A movie like Deepwater Horizon walks a tricky tonal line: on one hand, newspaper coverage of the real-life incident crackles like an explosive action movie. To adapt it, Berg leans into these Hollywood-friendly moments, and risks disrespecting the men who lost their lives in this tragedy. There were parts of Deepwater Horizon where I half-expected The Rock to arrive with his rescue helicopter from San Andreas, or the kaiju from Pacific Rim to break through the trembling ocean floor. The joke-filled, tough-guy worker banter will undoubtedly remind some of Bruce Willis' gang of oil-drilling roughnecks from Armageddon. It's inevitable. But even if high-flying scenes depict true events, fickle audiences can still believe they're fake.

Of all these movie-moments, Wahlberg's final leap felt the most like a product of Hollywood screenwriting magic. Did the jump actually take place as we see it on screen? The answer is yes and no. As is often the case with films "based on true events," the actual events are more complicated, nuanced, and tinged with ambiguity than the version playing at your local multiplex.

Movies based on recent history often face questions about accuracy. Last month, both Clint Eastwood's Sully and Oliver Stone's Snowden spurred conversations about separating fact and fiction. Berg and Wahlberg should provoke similar eyebrow-raising over their next team-up, Patriots Day, a ripped-from-headlines movie about the Boston marathon bombing, coming later this year. Deepwater Horizon has already faced fact-checking criticism, both for the way it treats the culpability of BP -- engineer Donald Vidrine, portrayed by a scenery-chewing, Cajun-accent-wielding John Malkovich in the film, is framed as the movie's villain -- and for the way it portrays the actions of Wahlberg's main character.

By most accounts, the inaccuracies are fairly typical for big-budget docudramas. The movie's version of Mike Williams has an expanded role on the rig, putting him in scenes he didn't necessarily witness so he can serve as an audience surrogate in an admittedly chaotic situation. The filmmakers have been upfront about this in press surrounding the film.

"I believe that the movie-star version of this movie is going to be a more profitable movie," producer Lorenzo di Bonaventura told the New York Times in an article about the making of the film. "And ultimately, I also came to believe that it was going to be a more satisfactory movie, because you could pin your emotions to a smaller group of people and therefore really decide what the story is about."

But what about the actual jump? The version we see in the movie is quite similar to the story you hear in Mike Williams' 60 Minutesinterview, the segment that drew Berg to this material in the first place. In the interview with journalist Scott Pelley, Williams describes his conversation with 23-year-old worker Andrea Fleytas. "I remember telling her, 'If you don't jump, I'm going to throw you,'" he says in the interview. It sounds similar to what we see Wahlberg say on screen. His description of his own jump is chilling. 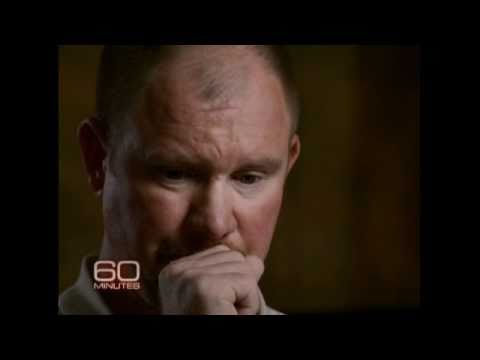 However, Texas Monthly reporter Loren Steffy, who has written extensively about the event, points out that in the same 60 Minutes interview, Williams says he jumped first and left Fleytas behind. That doesn't match up with what we see in the film. Similarly, Steffy suggests there are different accounts of how Fleytas got off the rig. "Fleytas later told U.S. Coast Guard investigators she was last in the life raft and fell out as it descended," writes Steffy.  "[Chief electrician Chad] Murray, who was in that same raft, told me in 2011 that Fleytas was in it."

That account of events, with Fleytas jumping into a raft, matches up with the version of the incident presented in the Wall Street Journal's 2010 detailed account of the tragedy. (WSJ's reporting on the event does not include Williams.) Similarly, the Times story about the making of the movie makes a point of noting, "In real life, Gina Rodriguez’s character, a bridge officer named Andrea Fleytas, didn’t play a role in a climactic scene in the movie." Does that discrepancy make Mike Williams any less of a real life hero? Of course not. Does it change the way some will view the movie? It's hard to say.

What makes Deepwater Horizon such a compelling, gripping, and ultimately disquieting film is the way it mixes authentic stories drawn from survivor testimonies with the visual cues and story beats we've come to expect from disaster movies. We get the scenes where Wahlberg's adorable daughter explains how an oil rig works, the irony-rich moments of listening to BP suits demand the workers speed up, and the death-defying leaps. Berg shoots all these events with his ever-roving camera, putting us in the middle of the chaos and confusion. It's an ideal mix of Hollywood hokum and real life bravery -- even if sometimes it's impossible to tell the difference between the two.