The ultra-popular 2019 series, with a box office record-breaking movie, is coming back this fall/winter.

When an anime movie, seemingly out of nowhere, dethrones Studio Ghibli's Spirited Away and freakin' Titanic as the biggest box office success of all time in Japan in just six weeks—during a pandemic, no less—it's probably time to pay attention to that anime movie. That's exactly what Demon Slayer: Kimetsu no Yaiba the Movie: Mugen Train (phew) accomplished in late 2020, the feature-length follow-up to the first season of one of the most popular new anime in recent memory.

Airing from spring to fall in 2019, Demon Slayer set off a new wave of obsessive fandom and shot the source shōnen manga, written by the reclusive Koyoharu Gotoge (and speculated to be a woman), into the upper tier of all-time best sellers. With more than 100 million copies bought, alongside the endlessly running One Piece and practically ubiquitous Dragon Ball, it's even bested its modern peer Attack on Titan, easily the most popular series in the last 10 years, on sales by about 50 million copies with fewer volumes available.

In late January 2021, the first season of Demon Slayer became available on Netflix, joining Hulu and Crunchyroll, introducing the existing 26 episodes to a whole new audience on the streaming behemoth and finding a brief spot amongst the front page Top 10 in the US. If you've been meaning to take the plunge, and curious about when you can see the record-breaking (and Oscars-submitted) movie Mugen Train (IT'S HERE!!!), read on. 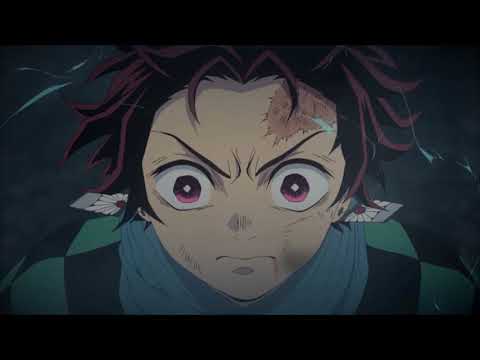 What is Demon Slayer the anime all about?

A boy, Tanjiro Kamado, and his younger sister, Nezuko, travel around the rapidly modernizing, early 1900s Taisho-era Japan as part of the clandestine Demon Slayer Corps after his whole family is killed one night, save for Nezuko, who turns into a half-demon. Aside from demon slaying, Tanjiro's ultimate goal is twofold: turn Nezuko back into a human and seek vengeance against Muzan Kibutsuji, a super-evil demon, passing in society as a human who looks like the early 1900s-era version of Jack White, and who can create new progeny by injecting people with his very potent demon blood.

As with all the great shōnen anime, it's not about the destination, but the friends you make along the way, and Tanjiro, always the peacemaker, befriends many. But his eventual core crew becomes fellow low-level demon slayers Zenitsu Agatsuma, a girl-obsessed ball of anxiety who loathes all of the bloodshed of their trade, and Inosuke Hashibira, a loud and feral boar head-wearing, fighting-obsessed foil. Together, they traipse around Japan, negging each other and cutting the heads off of demons, while managing the politics of the Hashira, the nine most-powerful swordspeople of their organization.

Why is it so popular?

The story, its themes, the character design, the animation: Pretty much everything about Demon Slayer works in tandem to create a holistically addictive series. Ufotable, the production studio responsible for other visually stunning work like Fate/Stay Night: Unlimited Blade Works, melds traditional 2D techniques and a sparing use of 3D CGI that exploits the best parts of the technology to enhance key parts of the animation instead of sending its characters into the bobble-headed uncanny valley. Focusing the computer generation on natural, full-body movement renders many, many gorgeous frames and kinetic fight scenes that make the demon slayers' sword techniques (which call upon elements of nature like water, fire, and lightning), the freaky supernatural demon powers, and the head slicing look incredibly badass.

Cool fight scenes alone wouldn't translate to major success; the narrative is another major factor why the series is so celebrated and beloved. Demon Slayer's world is mired in tragedy, centered on Tanjiro and Nezuko's earth-shattering loss of their family, and they become each other's protective shield, which occasionally calls Nezuko to the front lines with her otherworldly strength and blood magic. Even in his ruthless world, Tanjiro exhibits an immense amount of kindness and empathy, even toward the demons he slays, choosing to acknowledge their trauma and helping them to reclaim their humanity in death. His compassion guides the core message of the series, avoiding the easy traps of all-consuming ugliness and evil, that has resonated with fans.

Counter to this, however, is its cheeky side, where jokes (both stupid and pretty good) are plentiful and push exactly the correct buttons of specific characters, like Zenitsu getting assigned a tiny sparrow as his communication line where everyone else in the Demon Slayer Corps gets a crow. Calm Nezuko makes adorable affirmation noises and can shrink to fit inside Tanjiro's wooden box backpack and grow back at will. It's so cute! Through the good and bad, you're rooting for these characters to succeed.

It also has a very dope opening theme (maybe you've heard it on TikTok, if you've gone deep enough into AnimeTok) by anime theme song mainstay LiSA that should absolutely not be skipped.

When is Demon Slayer Season 2 coming out?

Season 2 will premiere December 5 on Crunchyroll. The second season was confirmed in February to air sometime in 2021, along with a short trailer previewing the Entertainment District Arc around Yoshiwara, a historical red-light district in Tokyo:

Excitingly, ahead of the Season 2 release, Crunchyroll will also be streaming a new seven-episode arc of Mugen Train starting October 10. It'll include new music, new intros/outros, and some extra Kyojuro Rengoku scenes that weren't included in the film. Once again, all aboard the Mugen Train! 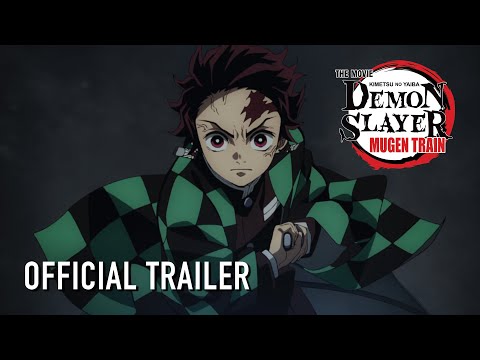 Well, when can I see Demon Slayer: Mugen Train?

Right now!!! For those in the US and Canada: Mugen Train hit theaters on April 23, in subbed and dubbed versions, available in IMAX and 4DX. If a movie theater is understandably a no-go right now, you'll can also rent it on VOD platforms starting June 22. The theatrical release is rated R for violence, if that gives you a sense of the anime's intensity. Considering the movie's massive success abroad, having opened as the number one movie in Australia and New Zealand in February and conquered the South Korean box office after its sweeping victories in Japan, the hype stateside was practically rabid, and the ticket sales have made it the highest-grossing R-rated animated movie and foreign movie in the US.

Is Mugen Train any good?

Do I need to have watched the series before watching Mugen Train?

It'll sure make your movie-watching experience a whole lot less confusing if you do. Demon Slayer: Kimetsu no Yaiba the Movie: Mugen Train is a continuation of Season 1's final arc, counter to many other movie adaptations of anime series that tend to recap the important points of the previous season(s). And unlike many animated spin-offs that are ultimately inconsequential to the central plot, Mugen Train is a two-hour stop-gap that bridges the narrative between Season 1—with the final episode putting Tanjiro, Nezuko, Zenitsu, and Inosuke on the titular train and setting up the powered-up big bad, courtesy of Muzan—and the upcoming Season 2.

What is Mugen Train about?

No spoilies: As mentioned, the entire movie takes place on the eponymous locomotive we see our core crew chase down at the very end of Season 1 to meet up with the Flame Hashira, Kyojuro Rengoku, and help take down the demon(s) that have been killing passengers aboard. Primarily responsible is Enmu, the Lower One of Muzan's extremely powerful demons in the Twelve Kizuki who we meet at the tail end of the first season, who is able to put ticket holders into a deep sleep, making it easy for lesser demons who make it on the train to, uh, eat people. Tanjiro and co. fall into Enmu's trap, lulled into a deep dream state so that physically ill children who Enmu manipulated can enter into the Demon Slayers' psyches and essentially destroy their souls for good. How Tanjiro finds his way out of his reverie, where his family is still alive and Nezuko is a human, is tragic, and the rest of the movie, stuffed with big action set-pieces, builds up to a devastating ending that, one, introduces an even stronger demon in the Twelve Kizuki, and, two, will affect the entire Demon Slayer Corps. moving into the second season.