Disney Is Opening a Real-Life Pizza Planet From 'Toy Story' 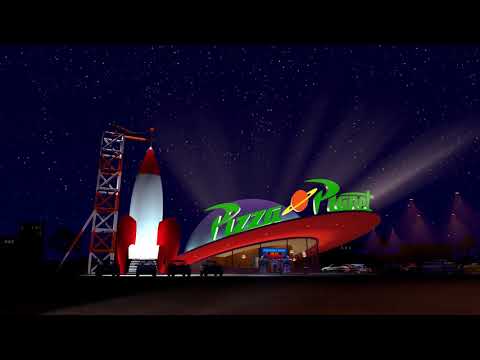 Great news for your inner-child: Disneyland is opening a real-life Pizza Planet.

If you need to refresh yourself on what Pizza Planet is, check out the clip above of Pixar's Toy Story, arguably America's finest contribution to cinema. But it's hard to imagine that you don't recall Woody and Buzz navigating the space-themed pizza parlor/arcade and climbing inside the claw machine, wherein countless aliens intoned, "The Claw."

According to Disney News Today, Pizza Planet will replace Redd Rocket’s Pizza Port in Tomorrowland and you will soon be able to say "The Claw" in that very same place. The full title of the new restaurant is set to be "Alien’s Pizza Planet -- A Better Place." That's a reference to how the aforementioned alien toys believe they go to a better place when they're raptured by the claw of the claw machine... as you no doubt recall.

Disney hasn't officially confirmed the opening yet, but according to Disney News Today, it will "shortly."

In the meantime, you'll have plenty of time to re-re-re-rewatch Toy Story.