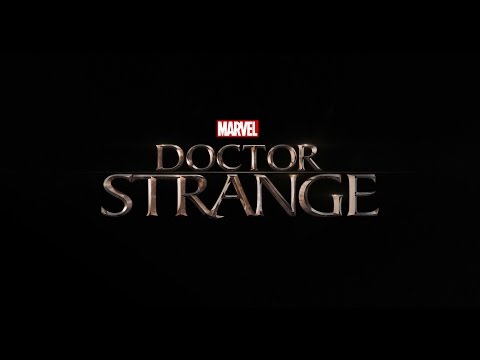 Staring into Benedict Cumberbatch's eyes can be dangerous. The charming English actor has a condition called heterochromia, which means his eyes are multicolored, making it easy to get lost in his blue, green, and gold gaze. And now that a comic-book movie taught him kung-fu, he'll be unstoppable.

Or, he's learning some intense ninja skills from a bald Tilda Swinton in the new trailer for Marvel's Doctor Strange, the new superhero film due out from the studio on November 4. The trailer finds our bearded hero making the transition from smart, sexy neurosurgeon to smart, sexy guy who wears this cape.

In the clip, the caped Cumberbatch is joined by the always welcome Chiwetel Ejiofor (12 Years a Slave) as Karl Mordo, Rachel McAdams (Spotlight) as a fellow surgeon, and, of course, the eternally badass Ms. Swinton as the Ancient One, a Morpheus-like figure who drops dorm room-ready, post-bong koans like, "What if I told you that reality is one of many?"

Much has been made of the movie's spooky pedigree -- director Scott Derrickson is known for creepy films like Sinister -- but the trailer might remind you of the mind-bending work of Christopher Nolan. Besides backpack-wearing seeker as superhero elements that are pretty similar to Batman Begins, there's also a folding mirror city and a snowy landscape that look straight out of Inception. Either way, this could potentially be a trippy adventure.

Just don't stare into Cumberbatch's eyes for too long. He could take control of you and make you order Sherlock Blu-rays you don't need. As the mantra of another Marvel hero with a movie coming out soon goes, with great hotness comes great responsibility.

Dan Jackson is a staff writer at Thrillist Entertainment, and he is ready for the Tilda Swinton Marvel revolution. He's on Twitter: @danielvjackson.