"A sick young boy (and his parents) check into a massive and seemingly deserted medical facility in order to receive an experimental treatment, only to discover that the eerie old mansion may in fact be haunted."

That's the description of Eli, a Netflix horror movie released on October 18. Already there's plenty in there to fill a compelling late-night thriller, but to its credit, the slow-burning (yet rather satisfying) Eli manages to throw a few unexpected twists, turns, and plot contortions into the mix to make it more than another anonymous Netflix release. Boasting both an old-school atmospheric veneer and a slyly compelling premise about kids, parents, and creepy caregivers, Eli comes from director Ciaran Foy, who impressed enough people with his (really good) 2012 chiller Citadel to land the job directing 2015's Sinister 2. Here, the filmmaker returns to a more low-key, personal terror tale, and it turns out there's a lot to appreciate here. 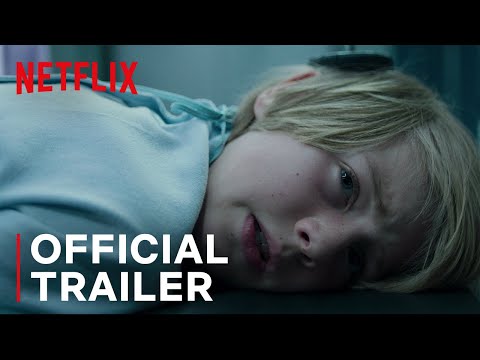 The hook is that poor young Eli (Charlie Shotwell) has a rare auto-immune deficiency that requires him to wear a full-bore anti-contamination suit whenever he needs to go outside -- and since his parents have located a brilliant specialist who holds the potential cure for Eli's malady, it's time to head out into the big, dangerous world. It doesn't take long for Eli's family to arrive at a giant, isolated clinic run by Dr. Isabella Horn (Lili Taylor), who (along with two imposing nurses) seems to be the only other tenant of the house. Eli's concerned mom (Kelly Reilly) and stressed-out dad (Max Martini) quickly take a back seat to Dr. Horn's demanding rules and regimens regarding the boy's impending treatment.

The poor kid already has to contend with being sick as well as being transferred to a cold, unfriendly facility... and that's when Eli starts to see a ghost. Dr. Horn seems certain that Eli is just suffering from medication-induced nightmares, but Eli is convinced these are no dreams.

As is often the case in quality horror movies of this sort, the location is pretty much a character in its own right. On a purely visual scale, Eli is a gloomy, moody, and effective piece of work. The relatively small but impressive cast adds a lot; young Mr. Shotwell delivers a fantastic performance, while Kelly Reilly and Lili Taylor provide their typically excellent character work. Max Martini does a fine job of adding some quiet intensity to the proceedings, and Katia Gomez and Deneed Tyler bring silent scariness to the various medical goings-on.

There are other aspects of Eli that make it worth recommending, but it would be virtually impossible to expand upon those things without spoiling some of the movie's best moments. What starts out as an intriguing, but clearly familiar, haunted house set-up eventually gives way to something a bit darker and considerably more interesting. The filmmakers seem to know what audiences expect from this sort of story, which allows them to provide a few of the conventional jump scares and twists you can anticipate -- and a few you probably can't.