This review originally ran during Thrillist's coverage of the Sundance Film Festival. Extremely Wicked, Shockingly Evil and Vile, is now available on Netflix.

Let's get this out of the way: Zac Efron makes a good Ted Bundy. By simply casting the former teen dream as the notorious serial killer who viciously murdered more than 30 women and engaged in necrophilia, Joe Berlinger's feature Extremely Wicked, Shockingly Evil and Vile is a coup. Efron masters Bundy's unnerving charm, but always keeps a glint of menace in his eyes and flared nostrils. He performs normalcy the way only a psychopath can. The problem with the film, which is now available on Netflix, is that it's far too enamored with Bundy, even when it has good ideas elsewhere.

This is the second Bundy project Berlinger has on the streaming giant, joining his four-part documentary series, Conversations with a Killer: The Ted Bundy Tapes. Documentary is Berlinger's wheelhouse, and in the show he uses previously unreleased audio with the murderer as a jumping-off point for his play by play of his various captures, escapes, and trials. In Extremely Wicked, he has another angle: What if you told the story of Bundy through the romances he had with the people he left alive? 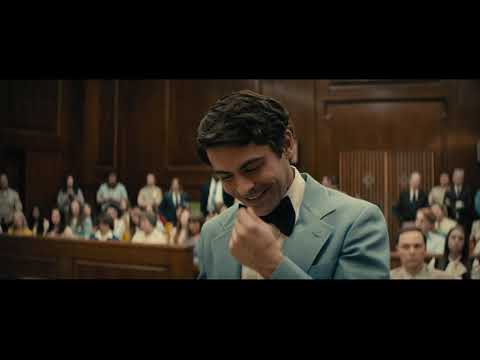 Aside from a brief scene of Bundy imprisoned behind glass, the movie begins almost like a rom com. Elizabeth Kloepfer (Lily Collins), a single mother and secretary, bemoaning her love life at a bar when she makes eyes with a handsome young stranger. They dance. He comes home with her and isn't put off by the fact that she has a kid. Despite her moment of panic when, in the morning, her kid is missing from its crib, that's just a false alarm. Her new dream man just has gotten up early and started making breakfast, wielding a knife with suspicious aplomb.

With that opening sequence, it figures that the movie will build out their relationship, letting us get to know Liz and Ted in conjunction with one another. Except Berlinger and screenwriter Michael Werwie fast forward through their courtship quite literally. A montage of "happy times" is spliced with news footage detailing Ted's crimes before the plot jumps ahead to 1975. From then on, it runs through a sort of "greatest hits" Bundy narrative as Liz is sidelined. Whenever the story deigns to check in on her, she's falling deeper into depression, retreating to a bottle of vodka. Collins does what she can, but is only asked to play two modes: starry-eyed or sad.

It makes sense that Berlinger -- a documentarian with one other narrative feature, Blair Witch 2, to his name -- would have an interest in accuracy, and he spends much of the movie's running time painstakingly recreating moments that you can watch in the docuseries. Very little in Extremely Wicked is speculative, which is perhaps why it's strangely lacking in any sort of menace.

The filmmakers seem to be charmed by Ted's ostensible charisma, and the ingenuity that allowed him to escape captivity multiple times, then act as his own lawyer during his trial for killing two in the Florida State Chi Omega sorority house. These are the traits that lead Judge Edward Cowart (John Malkovich) to tell Bundy he would have made a good lawyer, even as the judge delivers a death sentence.

If there's one thing Extremely Wicked reiterates, it's that women loved this guy when he wasn't mutilating them. After it moves on from Liz, it focuses on Carol Anne Boone (Kaya Scodelario), who ended up marrying Bundy after he proposed in court. Carol isn't offered much of an internal life outside of her unhinged devotion to Bundy -- it's only slightly better treatment than that afforded to the groupie types who showed up at his Florida trial enamored with him and convinced of his innocence.

The gaze trained on the women who associated with Bundy is largely befuddled and lacking in any sort of insight or depth. Liz's suspicions with regards to her former partner are saved for a twist, allowing us to believe she ignored all the warnings, including the fact that he was identified by a potential victim in a Utah court room. The movie paints her as blinded by her own loneliness, guilt, and the promise of a good man ripped away. Her final confrontation is chilling, abetted by strong performances from Collins and Efron, but it's too little too late.

Extremely Wicked accomplishes its goal of explaining that a handsome, well-spoken, white man can be -- behind a Zac Efron physique -- truly, deeply despicable. The only problem is most women already know that. At least there's value in seeing Efron channeling Bundy's carefully mustered pitiful rage upon learning his ultimate fate, tears welling in his unremorseful eyes.