The Dude has better taste in rugs. Anton Chigurh has a cooler haircut. H.I. McDunnough is funnier. Barton Fink could write you a stronger wrestling picture. But when you take stock of every scheming low-life, naive daydreamer, and plain old idiot in the Coen brothers' filmography, it's hard not to reach a simple conclusion: police chief Marge Gunderson is the best Coen brothers character ever. And, aw jeez, it's not even close.

Not sure you agree with me 100% on my police work there? Let's grab a snow brush with an ice scraper at the end of it and dig a little deeper into what makes Marge the reigning queen of Minnesota nice. 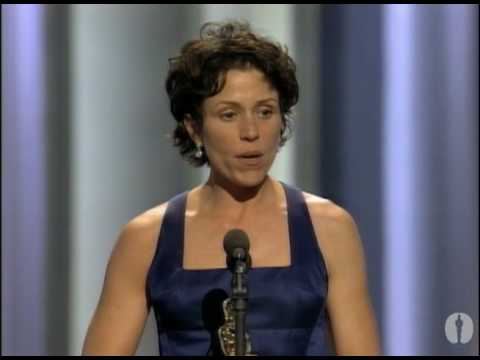 It's all about Frances McDormand

The Coens have worked with some incredible actors -- Tom Hanks, Paul Newman, Holly Hunter, and The Jesus, to name a few -- but they've never had a collaborator who feels so keyed into their peculiar view of the human experience like Frances McDormand. She's appeared in seven of their 17 films, playing everything from a wife having an affair in their debut neo-noir Blood Simple to a chain-smoking film editor in their latest comedy Hail, Caesar! Each time, she's humming on a different frequency, threatening to steal the movie with her cagey intelligence and wit.

But with Fargo, she takes center stage. Fargo is a showcase for McDormand's gifts as a performer. Throughout the movie, she plays love, fear, curiosity, vulnerability, and wonder. As with any great performance, it's all in the small details: the way she holds her coffee as she approaches a crime scene, the look in her eyes as she stares at the TV next to her sleeping husband, and how she points at the police badge on her hat while approaching Gaear Grimsrud as he pushes a human foot into a wood chipper with a log. Every decision feels deliberate.

The writing serves the character

Your favorite screenwriting manual typically insists that the protagonist of a story must be introduced within the first 10-15 pages of a screenplay. This is why so many movies begin with a character hitting an alarm clock and rolling out of bed, establishing a boring status quo before the film's "inciting incident" interrupts their daily activity. Taking a more literary approach, the script for Fargo doesn't introduce Marge, the film's most important character, until over 30 minutes into the movie. But that risky narrative choice serves the movie, and ultimately it serves Marge, too.

The Coens like to write idiots and cast against type. There's something fun about seeing a charming know-it-all like George Clooney play a total boob in O Brother, Where Art Thou? or a sweetheart like Oscar Isaac play a caustic jerk in Inside Llewyn Davis. But what makes Marge so special is that she's not an idiot; instead, the character plays into McDormand's greatest quality as an actress: her intelligence. Marge is a brilliant detective, capable of correctly summarizing a complex murder scene in minutes, and reading everyone from Shep Proudfoot and William H. Macy's Jerry Lundegaard to two bubbly prostitutes at a local bar with a mix of compassion and skepticism. She's the ideal noir hero.

She's got a great heart

The most common knock against the Coens is that they're cynical and that their films are nothing more than ironic genre exercises. Critic and frequent Coen detractor J. Hoberman has referred to it as their "artful contempt." While there's certainly an argument to be made that the brothers have a bemused, smirking disdain for some peculiarities of their home state, it's hard to see the Marge sections of Fargo as anything other than a love letter to domestic bliss.

Putting aside the fact that McDormand is married to Joel Coen, the relationship between Marge and her husband Norm, played with deadpan perfection by future Zodiac killer John Carroll Lynch, is one of cinema's greatest portraits of a happy marriage. It's simple and serene, like a naturescape on a three-cent stamp.

"There's more to life than a little money, you know," Marge tells the homicidal Gaear Grimsrud at the end of the film. "Don'tcha know that? And here ya are, and it's a beautiful day." In that quiet moment, it's easy to assume she's yearning for that little breakfast nook she shares with her husband. As the movie ends, Marge and Norm are together again, building a blanket fort of kindness, old magazines, and duck paintings for their future child as the winds of evil beat against their door. 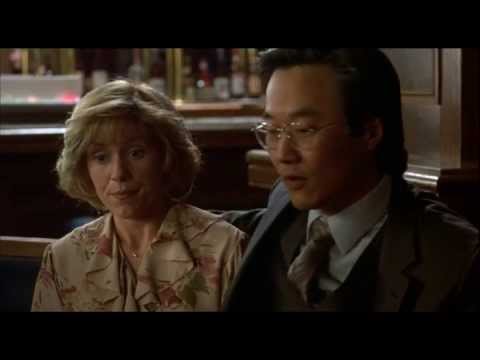 But she's not a one-dimensional cartoon

The moral landscape of the Coen universe is complex, filled with punishment and chaos, and Marge is perhaps their most complex creation. In her role as a police officer, it's her job to dole out justice, but she has her own struggles and doubts. She's not perfect. There's one other character in the film that underlines just how vividly crafted she is: Mike Yanagita.

For Fargo fans, the Mike Yanagita scene, where Marge meets up with a troubled high school classmate who tells her an elaborate lie, is either the one mistake in an otherwise perfect cross-stitch of a movie or the secret key to unlocking the whole thing. There are detailed discussion board threads and brilliant blog posts about it. For many, it's the "Is Tony Soprano dead?" of the Coens' work.

Does the scene show that Marge has doubts about her marriage? Does it reveal she's too trusting of people? Is it what makes her go back to the car dealership and crack the case? There's no definitive answer. Like all the best characters, and like real people, she retains a bit of mystery. That, more than the accent or the hat, is why we're still talking about her 20 years later.

Dan Jackson is a staff writer at Thrillist Entertainment and, like Fargo, he's based on a true story. He's on Twitter: @danielvjackson.