The high-concept movie, out now on VOD, is a big ho ho no.

Even if you have an unusually high tolerance for rude Christmas humor—that breed of jokes that revolve around grandma getting run over by a reindeer—your patience will be tested by Fatman, a holiday provocation starring Mel Gibson that is available now in select theaters and on demand. The high-concept comedy-action hybrid puts the actor, whose personal baggage includes allegations of domestic violence and the use of racist language, into the role of a grizzled Santa Claus, a look that's captured outlandishly on the clever poster emphasizing Gibson's enormous gray beard and unsettling cold gaze. Unfortunately, Fatman works best as a poster.

More than anything, the tonal oddness of Fatman, which can't decide whether it should chase cheap laughs or generate genuine suspense, highlights the degree of difficulty involved with making an offbeat Christmas movie like 2010's Rare Exports: A Christmas Tale or 2003's Bad Santa. In the latter, Billy Bob Thornton wasn't actually playing Santa Claus and the script didn't concern itself with the convoluted Santa mythology, which can often send writers into the danger zone of hack sketch comedy, novelty songs, and greeting card punchlines. Fatman has a hard task of establishing a world where Santa is real, pissed off, and fond of spouting bits of dialogue like, "All I have is a loathing for a world that’s forgotten." More like Sad Santa, right? 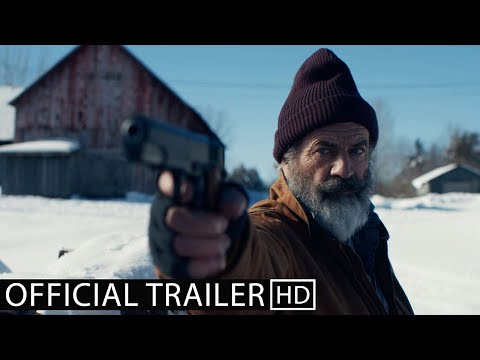 Why has humanity drawn Santa's ire? According to the script by Eshom and Ian Nelms, who also handle directing duties, children have gotten significantly naughtier over time, meaning Santa, who works with wife Ruth Cringle (Marianne Jean-Baptiste) and a team of highly efficient elves, has started to give out more coal every year. This drop-off in present distribution has angered the government, which threatens to take away the financial subsidy that apparently keeps Chris Cringle's whole operation afloat. One of the boys who receives coal, a particularly nasty kid named Billy (Chance Hurstfield), gets so mad at old Father Christmas that he orders a hit on him, which brings a determined assassin (played by Justified and The Righteous Gemstones scene-stealer Walton Goggins) with his own history with Cringle into the narrative.

All this plot—boy, does this movie love explaining the intricacies of its own set-up—gets laid out in a rather tedious manner, like watching someone check for bad bulbs in a box of Christmas lights. Potentially funny ideas, like elves deriving nutrients from candy or Santa being strong-armed into producing control panels for the U.S. military, are drained of wit or presented so slowly that the viewer quickly gets ahead of the joke. That would be fine if the action were exciting or shocking, an approach that Christmas horror movies often take, but this is a far cry from a John Wick-ian holiday bloodbath. Here's the most frustrating part: Goggins and Gibson don't even really share a scene together until well over an hour into the movie.

At least the two leads commit themselves fully to their underwritten roles, finding grace notes amidst the contrivances. Goggins knows how to play a violent weirdo; Gibson, who was quite effective in last year's cop saga Dragged Across Concrete, knows how to play a past-his-prime icon. “I’ve lost my influence,” says Gibson's Cringle at one point to his wife in a moment of self-pity. Mrs. Cringle, always offering up a plate of cookies and an encouraging word, tries to assure him that's not the case, insisting "people love you." That might be true. But it's hard to imagine even the most committed Christmas movie Grinch finding a place in their heart for Fatman.