Netflix's Mob Docuseries 'Fear City: New York vs. The Mafia' Is All Talk

In one of the many great scenes from the first season of The Sopranos, New Jersey mob boss Tony Soprano sits down with a group of FBI agents and they play him a recording that reveals his mother and his uncle conspired to have him killed. But before he finds out this pertinent information, one of the older Italian-American agents, clearly excited by the stakes of the encounter, makes an emotional appeal to Tony by emphasizing their shared cultural heritage. Annoyed by the exchange, Tony has a memorable response: "Why don't you get the kumquats out of your mouth and get to the fuckin' point?"

For a number of reasons, Fear City: NYC vs. The Mafia, a three-part Netflix docuseries chronicling the downfall of five prominent New York mob families in the late '70s and '80s, made me think of how David Chase and the writers of The Sopranos treated the show's FBI storylines as the show progressed. More often than not, those plotlines would fade into the background, occasionally frustrating viewers looking for a more conventional narrative of law and order. If you want that story of justice served, Fear City doles it out, one secret recording and confessional interview at a time. That means a lot of tough-guy talk from both the authorities and the mobsters -- some of it entertaining, some of it exhausting.

Directed by filmmaker Sam Hobkinson and produced by RAW TV, the company behind Netflix's viral docuseries Don’t F**K With Cats, Fear City is more focused on the law enforcement angle than many mob-related true-crime documentaries. Staging many of the interviews with former agents in cars and diners, the series has a slick look, generating suspense from anecdotes of bug-planting and car-tailing by shooting reenactments about hyper-specific details, like how they discovered a car heater was the best place to hide a microphone in a Jaguar. When Fear City gets granular, luxuriating in the minutia of the work, it's at its best. 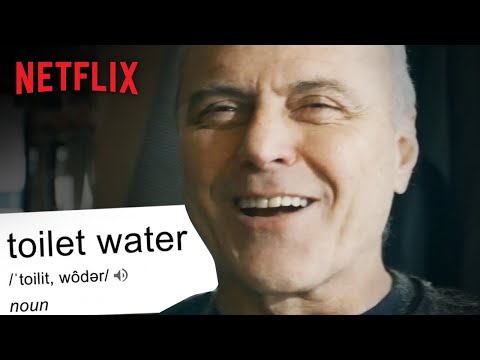 But here's the problem: Fear City can feel ill-suited to its format. With such a great emphasis placed on the scratchy recordings themselves, which are often presented with bits of text on screen and images of tape wheels circling, it's easy to imagine these interviews as a podcast, one that would perhaps allow some of the interview subjects to speak at greater length. (The two mobsters interviewed for the show, Johnny Alite and Michael Franzese, have considerable YouTubearchives.) Or, the series could have been a 90-minute movie, one with a tighter focus on either the prosecution, which includes future New York Mayor Rudy Giuliani, or the building of the case. Something that would lend the sprawling case a sense of urgency.

In its current three-episode form, viewers are asked to sift through too much half-baked mythologizing before getting to the nitty-gritty examination of genuinely fascinating bits of information, like how "The Commission" actually functioned. In addition to relying some repetitive filmmaking tics, like dropping clips of kitschy television commercials to evoke the era, the filmmakers use too many interviews that simply rehash the received wisdom of countless crime movies, true-crime shows, and tell-alls. You won't be shocked to hear a mobster talk about his love of champagne or one of the law enforcement agents wax poetic about the “strange bond" that exists between cops and criminals. Depending on your tolerance for this stuff, your inner-Tony Soprano might start asking for them to get to the point.