I Found the World's First Meme With Help From Meme Historians 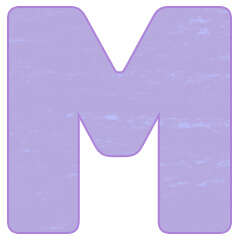 "Memes are becoming a truly important part of how humans communicate with one another," said Limor Shifman, professor of communication and journalism at the Hebrew University of Jerusalem and author of Memes in the Digital Culture. "They appeal to our need to be part of a larger group, and simultaneously our desire to be individuals." Memes have become a real economy on the internet, but they aren't a product of it, according to Shifman.

In one form or another, memes have existed for millennia, but few have ever looked into their complicated roots to comprehend what they mean to us and the way we communicate. We couldn't fully understand how our universe works without understanding that we are all made of stars, or believe how much "I Can't Believe It's Not Butter!" does not taste like butter without tasting actual butter first. Basically: We need to find the original meme.

After all -- to paraphrase Cat Stevens -- the first meme may very well be the dankest, right? 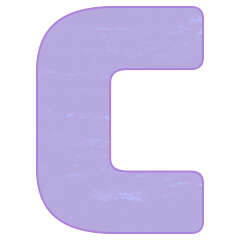 Coined by English author, evolutionist, and atheist Richard Dawkins in his book The Selfish Gene, a meme was thought to be the equivalent to culture as genes are to humans -- they drive cultural evolution, like pop-culture Darwinism. But this original definition doesn't quite hold up to modern standards, according to Shifman.

"The general idea is there: it's an idea that spreads inside of culture, definitely,"  she said. "But it doesn't really help you define what a meme is and what it is not in today's world. It's a very broad phrase."

The word made steps toward the internet in a 1993 issue of Wired, defining "meme" as an "infectious idea... much as viruses leap from body to body," but it didn't really explode until the turn of the century, during the internet's Web 2.0 phase -- basically, post-AOL -- where much of the modern web was born. This is when the word started progenerating on forums like 4chan, Something Awful, and Reddit, and the 2001 blockbuster PlayStation game Metal Gear Solid 2: Sons of Liberty, where recurring clones of the main character are referenced as memes, bolstered its usage. But in 2012, the word "meme" skyrocketed to mainstream popularity, as evidenced by this Google Trends graph that looks like an American Ninja Warrior course.

But like any millennial, I can only understand things when they're presented in succinct packages, like listicles, Snap Stories, or mnemonic devices. So, with assistance from a panel of experts (including Shifman and meme-god Elliot Tebele, aka FuckJerry), I made a handy acronym to help define the essential characteristics memes need to have, and what they need to accomplish to be considered one: 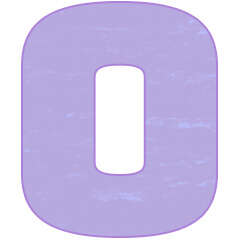 Of course, we have deduced that the very first meme will definitely pre-date the internet, but it's still relevant for us to figure out what the first internet iteration of a meme was as it represents "memes" as we know them today.

It would be profoundly convenient to settle that text-based emoticons, like :-), were the first web-based memes (they were "invented" in 1983), but alas: As influential as they were, memes they are not, at least by our rubric's logic. One very popular contender could be "All Your Base Are Belong to Us." Born around the year 2000, the meme -- mocking a shoddy English translation of a 1989 Japanese Sega Genesis game, Zero Wing -- ripped through message boards, ended up on cheese-tastic local news segments, and helped ignite the spicy meme inferno we live in today. It's generally considered to be the world's first "image macro" meme -- that "white block letters on an image" look is the precursor to what we generally think of as modern memege.

"I think [image macro memes were] when I was first became aware of memes as a concept, even if I didn't even really know they were called 'memes,'" said 25-year-old Tebele, aka FuckJerry, who has literally turned memeing into a viable media empire. "Seeing those things on Tumblr, that classic white lettering on top of funny pictures... that's where meming started. For me, and a lot of my generation, this was our first exposure."

Despite revolutionizing the format -- and helping to introduce memes to a mainstream audience -- "All Your Base" can't be considered one of the first, true memes on the Internet. The "Bert is Evil" parody website was created by designer Dino Ignacio in 1997, a full three years prior. "Mr T Ate My Balls" launched the same year too. But one meme has Mr. T and his aggressive ball eating beat by a matter of months. 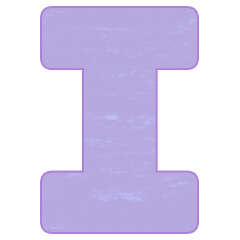 In 1996, graphic designer Michael Girard wanted to show that movement could be programmed and projected via computers, and designed Baby Cha-Cha-Cha, often referred to simply as the Dancing Baby. Autodesk, Girard's employer, sent the demo around to other developers, basically to show off. It ended up in the hands of a LucasArts developer, who turned it into a GIF, and from there, it spread to mainstream success and was infamously portrayed on an episode of Ally McBeal.

"I'm teaching a class on the Age of the Internet, and I actually almost considered calling it 'Dancing with the Baby.' It’s the first image I show to my class," said Robert Thompson, trustee professor of television, radio & film at Syracuse University, "I think that’s probably a good call as the first [internet] meme. In my mind it certainly fits the criteria."

While I trust Thompson wholly with all-things pop culture, let's put it through our rubric, just to be sure. Its effect is definite: It became a worldwide phenomenon, to the delight of moms with brand-new email accounts and the bane of those subsequent email chains. It's been tweaked in endless variations. Its evolution is clearly exhibited in the McBeal-in-her-jammies GIF. And its message: the internet itself. The Dancing Baby became shorthand for the new wave of the web, a go-to reference to show the premise of an internet phenomenon. In the beginning, the Dancing Baby wasn't just a product of the internet -- it was the internet.

But there were memes before the internet, as we already know from Shifman and seconded by Henry Jenkins, provost professor at the University of Southern California, and noted scholar of media (and memes). "There are certainly examples of what we would call 'memes,' before the internet existed," he said. "It's not like the first internet meme would be the first meme, ever, by any means."

The Shepard Fairey OBEY logo (circa '89), the Lord of the Rings-inspired "Frodo Lives" graffiti (circa 1970), and the Church of the SubGenius (circa '59) are all prime examples; other transferable doodles like "Kilroy was here" and the "stussy S" spread through textbooks, walls, and basically every other surface you could mark as a counterculture statement and a precious in-joke.

"All those joke archetypes could definitely be considered memes," Jenkins said. "There's just so much there. I think I should tell you, finding the first meme is just an incredibly complicated task." Yes, thanks for the heads up.

But there are two ancient instances in particular that fit my M.E.M.E. construct like a Nintendo Power Glove. The messages have had influence on a global scale, are universally relatable, have been infinitely adapted, and even have modern (super-annoying) analogues. Spoiler: They're about death and dicks.

Memento Mori is Latin for "remember that you have to die." And the phrase -- more often than not accompanied by skulls, bones, and other symbols of mortality -- is one viable candidate for the very first meme. The sentiment and imagery of imminent death has appeared in some variance in almost every culture on Earth, existing at least since the days of the ancient Roman empire, and probably in one form or another since humans got all uppity and evolved from apes. Like many great memes of today (and yesterday), it can work with or without text, or even sans imagery. The central message remains intact.

Despite depicting more symbols of the macabre than a Midwestern Hot Topic, this meme is not necessarily meant to be morbid. The murals of skulls, often accompanied by these synonymous phrases, exist in art and architecture as a reminder that life is brief, so we should make the most of it while we can. The meme has a clear, concrete message (M!), has evolved (E!), while always remaining malleable (M!), with an effect (E!) that lives on today: Live your life to the fullest! Time is precious! YOLO! It takes on the full capacity of what a meme can do.

The other iteration of the earliest meme that was developing simultaneously: oversized phallic symbols, Jenkins said.

"Those have existed pretty much since we started keeping records of these things.” This imagery appears extensively in the earliest cave paintings, archaic art, and a glut of medieval-aged texts with, uh, creative illustrations. The form has certainly changed throughout the years -- with a central message remaining constant.

"Not only is it representative of human vitality and sex, it also took on meaning as a subversive statement against societal norms, with the graffiti -- a place it still holds today," Jenkins said. Like death, "this is another meme representing a fundamental aspect of human reality. Their intent is very similar to so many of the current memes in our culture."

So we have two-way-tie between sex and death for the world’s first meme.

It's kind of complicated and existential and a little NSFW. So if someone asks, definitely feel free to just tell them the world's first meme was the Dancing Baby, and end it there. It's probably what I would do. And best of all, you aren't technically wrong. Finding the first memes confirm what we've somehow always known: Life, at its core, is all about dancing, mortality, and genitalia. Which, actually, is kind of what Ally McBeal was about, too.

Wil Fulton is a staff writer for Thrillist. He believes in the future, everyone will be a meme for at least 15 minutes. Follow him @wilfulton.