With its impenetrable bureaucracy and wanton cruelty, the American health care system is an ideal subject for a riveting horror story. For anyone lucky enough to have only benign, low-stakes encounters with the meat-grinding, life-sucking administrative apparatus of modern medicine, even hearing phrases like "high deductible," "out of pocket," and "non-participating provider" can make your skin crawl. All the pieces are there for an enterprising filmmaker, likely one with a satiric eye and an ear for jargon, to make the Great American Health Care Hellscape Thriller. Unfortunately, Fractured, the new Netflix time-suck starring wayward Avatar hero Sam Worthington as a concerned father attempting to care for his injured daughter, is not that movie.

It's not that Fractured totally misses the potential for suspense inherent to its settings. Director Brad Anderson, who most recently helmed 2018's John Hamm spy drama Beirut, is a proven genre specialist who knows his way around a medical facility, having first gained attention in horror circles for 2001's Session 9, a thriller about an abandoned psychiatric hospital. There are moments in Fractured that get at the mundane, anodyne menace of the environment: the endless waiting, the probing questions, and the startling inefficiencies. But as the story builds, Anderson and screenwriter Alan B. McElroy (Wrong Turn) struggle to find compelling new corridors for the characters to wander down. By the end, it becomes as tedious as waiting for a doctor to show up. 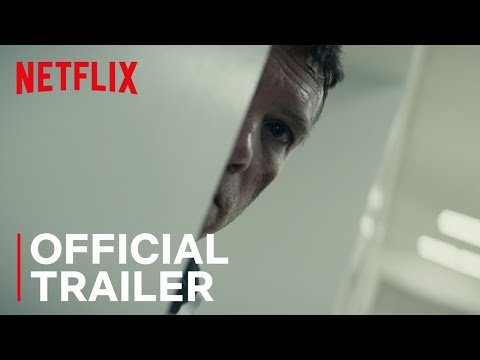 At least in its opening section, Fractured does brisk, functional work of setting up Worthington's recovering alcoholic dad Ray by putting him in immediate conflict with his wife, Joanne (American Horror Story mainstay Lily Rabe). Driving back from a tense Thanksgiving at the in-laws, Ray and Joanne trade familiar, generic accusations like "they always hated me" and "we're just broken" that paint a picture of a marriage in crisis. When their young daughter Peri (Lucy Capri) needs new batteries to power the audio device that's shielding her ears from her parent's bickering, the couple decides to make a pit stop at an ominous roadside gas station, where Ray turns to booze to relieve his stress. Then, in a comically misfortunate series of events involving a balloon, a dog, and a rock, Peri falls in an open construction ditch and her dad jumps in after her. Not exactly Father of the Year material, clearly.

Wracked with guilt and eager to redeem himself, Ray speeds to the nearest treatment center. Upon arrival, it's evident that, at the very least, the filmmakers want us to suspect that there is something spooky about this emergency room, which doesn't accept Ray's insurance and shows no eagerness to treat his daughter. (It's not a spoiler to say that the possibility of organ harvesting is hinted at with all the subtlety a dripping garbage bag full of suspicious liquid can muster.) The situation, which is already taxing, gets even more anxiety-inducing when Joanne and Peri are whisked away for a CAT scan at the stern recommendation of a seemingly sweet doctor played by character actor extraordinaire Stephen Tobolowsky. Exhausted, Ray takes a nap in the waiting room; hours later, he wakes up and discovers the hospital has no record of his family ever being there.

Oddly enough, the movie drags the most when it shifts into mystery-solving, puzzle-cracking mode. Is Ray losing his grip on reality and mentally unravelling in the midst of a family crisis? Or is there a larger, more sinister conspiracy at play? Those questions should be enough to power a 90-minute pseudo-Hitchcockian nail-biter, but Fractured gets bogged down in re-litigating the same arguments over and over, going through security tape and explaining Ray's predicament to mostly useless supporting characters when it could be setting up new outlandish twists. You want to see Ray go full John Q., taking the fight to the corrupt system with populist fury. Too often he's hamstrung by the deficiencies in the plot.

Looking more alive than he did in the similarly dreary Netflix science-fiction parable The Titan, Worthington at least throws himself into the everyman role, bugging out his eyes and sobbing when called upon to express his paternal anguish. He's going for it in a way that might make you excited about Avatar: The Seed Bearer. (Take me back to Pandora, baby!) Though Anderson stages a couple briskly shot action movie beats towards the end, including an operating room skirmish, and does his best to sell a too-little-too-late reveal, he never succeeds in totally immersing the viewer in Ray's scrambled mindset. He's a bland, unknowable cypher. Sadly, Worthington remains trapped in Netflix genre movie purgatory, unable to escape the streaming waiting room he's found himself in. Luckily, you have other options.