There's a thought exercise I often return to as I ponder the current state of celebrity: When, exactly, did the nasty tabloid culture that reigned in the early-to-mid-2000s disappear? You can run through the names of women—because it's always women—who were tormented by a paparazzi hungry for failure and scandal: Amanda Bynes, Amy Winehouse, and, of course, Britney. That era of coverage is both largely past and yet still so relevant, a point which Samantha Stark's documentary Framing Britney Spears, now available on Hulu, hammers home again and again.

The hook for the film, presented by the New York Times, is its exploration of #FreeBritney, a fan-led movement that seeks to interrogate the terms of the conservatorship the pop star has been living under since 2008, when a Los Angeles court essentially gave her father, Jamie Spears, full control over her decision-making and finances. But where Framing Britney has really struck a nerve is its documentation of everything that led up to Spears' now infamous breakdown in 2007 and 2008. Through interviews and pointed archival footage, Stark illustrates the virulent misogynistic and parasitic media climate, where it was apparently permissible to ask a young woman if she was still a virgin at a press conference, that set up Spears to fail. 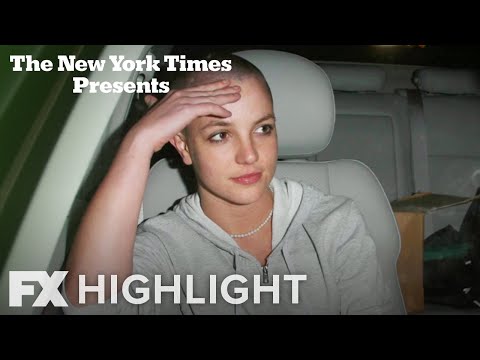 Spears, now 39, has spent more than 10 years as someone who has been legally deemed unable to have control of her own life, even as she's amassed money from record sales and a four-year Las Vegas residency, which made nearly $140 million. (She canceled the second a month before it was scheduled to start in February 2019.) As the details of her conservatorship have come up for reevaluation and Spears has at least seemed to unleash coded messages via her frequently wacky Instagram account, fans have taken up her cause. Stark's interested in the legitimacy of #FreeBritney, which is, very rightly, bringing attention to the bizarre circumstances of a very famous person under a constraint usually reserved for the elderly or infirm. But without participation from Spears or any members of her immediate family, there is still more that's unknown about her situation than what is. So Stark finds her narrative in the course of Spears' fame, from a teenage talent monetized for her burgeoning sexuality to a new mother tormented by the judgmental eyes of the press.

Framing Britney Spears is as much about what's happening to Britney Spears right now as it is about how we still have to answer for the culture that ate her and spit her out, and the documentary has prompted a reckoning on social media. Celebrities from Courtney Love to Bette Midler have tweeted in support of #FreeBritney. (Though Midler had mocked Spears in the past.) A clip is now circulating praising a 2007 Craig Ferguson monologue in which the late night host declines to mock Spears, notably in light of the death of Anna Nicole Smith. It's a counter to one of the more horrifying moments in Framing Britney Spears: an excerpt from an episode of Family Feud where the category was "name something Britney Spears has lost in the past year," and the answers were "her husband," "her hair," and "her mind."

Meanwhile there is new, not unjustified, ire being directed at those who perpetrated the abuse toward Spears. Her ex, Justin Timberlake, emerges as the piece of garbage who threw her under the bus for the benefit of his own publicity. (Though, if you've been paying attention to the last couple of decades of pop culture, you know that Timberlake does not come out looking good from any public scandal involving a female celebrity.) Diane Sawyer comes off as especially predatory. The ABC News journalist gleefully invokes the wife of the then-Maryland Governor who said that she would "shoot" Spears if given the opportunity. When Spears responds in genuine shock over how "horrible" that is, Sawyer defends the statement with a straw man argument about the example Spears is setting for children and how hard it is to be a parent.

The outrage Framing Britney Spears has provoked is not unwarranted, nor is it new. (Chris Crocker, of "Leave Britney Alone" fame, was right all along.) What Stark does, however, is cleanly present evidence of all the ways in which Spears has been failed by society at large, so you're left, mouth agape, stunned by just how much bad stuff was out there.

So what changed? The public conversation about mental health has vastly improved since the height of Spears' fame. It's hard to believe that a woman being placed on multiple psychiatric holds now would be cause for anything but concern. Discourse about feminism and slut-shaming operates on a bigger, more nuanced scale. The viciousness of the paparazzi has seemed to quell with celebrities more in control of their images thanks to social media.

And yet, through no fault of Stark's or Framing Britney Spears, there is still something icky about the way Spears is covered. Even as people on Twitter issue mea culpas and rail against the rampant sexism that orbited Spears, they are still drawn to her tragedy. The bad old days are both disgusting and fascinating. Stripped of her voice, Spears been turned into a meme and a cautionary tale, and her own participation in that narrative remains elusive. After all this time, we're still projecting so much onto Britney Spears.