Think 'Community' meets 'Peep Show' in this pop-culture heavy series about a man-child in the Dublin suburbs and you're halfway there.

If a friend has ever recommended a sitcom, you’re practically guaranteed to have been given the classic disclaimer: "The first season isn’t all that great, but trust me, it really takes off by the third." Nearly every beloved comedy you regularly revisit on a Netflix binge has a less assured start, where it’s plainly apparent that the writers and performers are still trying to define the characters, and the jokes never quite land in the way they so regularly do later on in their runs. Amazon's Frank of Ireland is the rare debut season where you can tell that future seasons will well and truly knock it out of the park, and it’s easy to imagine recommending this to a friend in a few years’ time, urging them to stick with it beyond the wobbly first few episodes. It has the high joke density every sitcom needs, but it’s still yet to find a distinctive voice that isn’t reminiscent of other, funnier, pop-culture savvy shows.

Frank (Brian Gleeson) is the quintessential sitcom man child. He’s now in his thirties, but has never held a job in his life. Instead, he’s still living with his mum Mary (Pom Boyd), claiming to be a successful musician even though he hasn’t played a gig in nearly a decade; his self proclaimed masterpiece, a 32-track Sufjan Stevens-style concept album about different counties in Ireland, also hasn’t seen the light of day. His love life is doing little better, as he’s still in an on-off relationship with his ex-girlfriend Aine (Sarah Greene) several years after the pair broke up, and is threatened by the presence of her new doctor boyfriend. But Frank is still determined to get what he wants in life, to get the girl and make his pipe dream of a career become a reality. Enlisting the reluctant help of his best friend Doofus (Domhnall Gleeson), he has no shortage of foolish schemes designed to get him back on top. 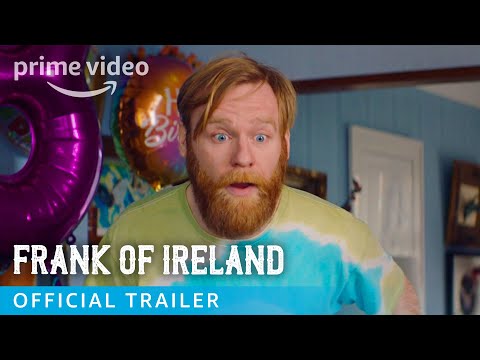 The series, written and created by the Gleeson brothers alongside their longtime friend Michael Moloney, doesn’t have the awkward teething pains of most introductory seasons, feeling instantly familiar as it bulldozes straight into outlandish plots from the opening episode. But it quickly becomes apparent that this familiarity is largely because the characters are written in broad strokes, taking a few episodes to find their footing as more than just sitcom archetypes. And even when the show is at its best, the stories it tells aren’t anything you haven’t seen before. But it’s to the show’s credit that an episode like "A Few Good Angry Women" (an episode-long detour about Frank trying to derail a gender-swapped stage production of 12 Angry Men, which Doofus wrote the score for) stands on its own two feet despite liberally lifting from various Simpsons episodes and It’s Always Sunny in Philadelphia’s musical episode "The Nightman Cometh." At this point in the show’s run, the supporting characters start getting fleshed out—and part of the joy from the second half of the season comes from seeing their relationships develop when thrown into familiar sitcom tropes. It’s something of a paradox; the more confident Frank of Ireland becomes in following the footsteps of its various sitcom influences, the more it gets a handle on its own characters. It bodes well for potential future seasons.

The writer/creators have spoken about The Simpsons being a key influence on their writing style, and it shows—despite being set in the suburbs of Dublin, this feels like a live-action Springfield, where every incidental character could become someone’s favorite. But it does feel indebted to several other savvy sitcoms, from Simon Pegg and Edgar Wright’s breakout Brit-com Spaced, to the intensely referential early seasons of Community. Frank is designed in the mould of a classic narcissistic sitcom character, with his harebrained plots usually created from regurgitated movie storylines, always retelling famous stories and imagining himself as the hero at the center of it all.

Naturally, nothing ever goes right, but what can you expect from a man who doesn’t understand that Travis Bickle isn’t the hero of Taxi Driver? He’s somewhere in the middle of Jeremy from Peep Show and Abed from Community: a self-involved slacker who thinks the answer to all his problems lies in the movies he watches, who’d rather recreate Home Alone to stop being kicked out of his mum’s house rather than accept the adult responsibility of finding a job. When looking at Frank in this light, the extent to which the show recalls other sitcoms isn’t a problem at all. If this is a man who lives his life under the guidance of movie logic, it should be no surprise that he’s made everybody in his life fit character archetypes he can recognize too.

This is why the writers have spoken about Frank of Ireland not as a heightened, joke-dense sitcom, but as something far closer to tragicomedy. Frank is too self-involved to be seen as tragic—he’s spent his life doing so little, it’s now impossible to distinguish what potential might once have been. But as the season progresses, it becomes clear just how much everybody’s life is entangled with Frank’s; how he’s made Aine and Doofus co-dependent to their own detriment, becoming every bit the screw up he is just by letting him stay in their lives. It’s something also touched on by It’s Always Sunny in its later seasons, where the writers cut through the sheer awfulness of The Gang to explore the idea that they couldn’t live without each other, and were destined to spend the rest of their lives with the same stunted emotional growth all thanks to their inability to move on. Of course, the characters in Frank of Ireland are nowhere near as repugnant to be around as The Gang. Even Frank, a man introduced trying to hijack a funeral so he can flog some of his CDs, is eventually viewed with empathy, although not as much as the people in his life who are stuck with him.

Neither Gleeson brother is particularly known for their comedic chops—both have typically taken dramatic roles—but this first season shows they’ve studied sitcoms for long enough to be able to write a sharp script. There may be some missteps in the season’s opening stretch, but the second half delivers the laughs at a rapid pace, all while beginning to explore the deeper sense of tragedy tying its characters together. And with the final episode introducing Brendan Gleeson as an absent father figure (which, on a side note, makes it all the more baffling Brian and Domhnall aren’t playing brothers here), Frank of Ireland seems likely to blossom into something richer next time around. As it stands, this is a mixed bag of a first season—but as it starts to find its voice, the laughs come thick and fast.