This was all of us after that very last scene of tonight's (surprisingly short! only 46 post-credit minutes!) sixth-season premiere of HBO's Game of Thrones. Let's talk it out! But before we get into it, we need to recite the words: spoiler alert!

If you don't want to know what happened in tonight's episode, you should leave now and come back when you're ready. While you're at it, maybe take a moment to vote in our "Which dead character should return to Game of Thrones?" bracket? 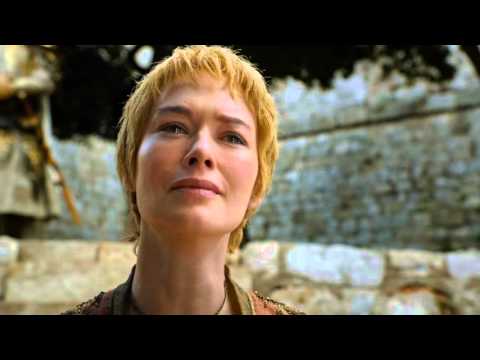 Okay, let's resume with a question: what the actual fuck just happened?

After a mostly straightforward premiere that caught us up on the whereabouts of our old friends -- read our full recap here -- the final scene shifted to an interior room at Castle Black and a moping Melisandre. She's so sad! And so ready to disrobe...

The Red Woman takes her dress off and the amulet around her neck. And then she looks in the mirror to reveal: old face!

What's going on with that, you ask, because you are a person, and anyone who is a person is asking that? Well, for one, it would be inconsistent to say that removing the amulet caused her to morph into a saggy sorceress -- Melisandre has done that before and her pleasing Carice van Houton exterior has remained firmly (pun intended!) in place.

And it can't be that she's decided to give up and die. Can it?

Probably not. According to co-creator D.B. Weiss in the inside-the-episode extra posted above, this is all about Melisandre admitting the previously unthinkable to herself. "Her appearance is a lie, just as the Lord of Light's supposed promises and messages to her were lies," says Weiss. "At the end of episode 1, she's in a place where she needs to look her real self in the eye, and come to terms with where she stands now."

But where does Melisandre stand now? Technically, she's lying -- and not very far away from the lifeless body of Jon Snow, with Alliser Thorne and his band of mutineers banging down the door. But bigger Melisandre reveals would seem to await us: Will she rekindle her love for the Lord of Light? Will she re-embrace her magic and attempt to resurrect the slain Lord Commander, to fulfill the prophesy foretold in her flames? (Although, quoth Jaime earlier in the episode: "Fuck prophesy!") Isn't that what we've all been waiting for months to find out?

Maybe Old Mel just needs to sleep it off. That was kind of a long day for her.

John Sellers is the Entertainment Director at Thrillist and really did not like all that Dothraki bro talk tonight.