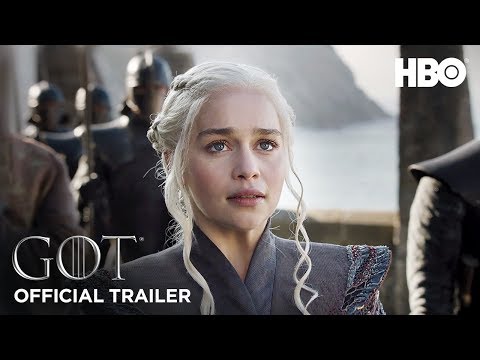 After months of anticipation, we finally have our first look at Season 7 of Game of Thrones and things look like they're about to get pretty violent. Judging from the footage in the above trailer, soldiers will perish, horses will gallop, and dragons will soar down from the sky to unleash fiery hell on unsuspecting chumps. It's time to get hype.

In case you forgot how the previous season ended, the clip starts off with newly crowned Queen Cersei Lannister grumbling about her enemies in a Drake-ian manner as her loyal (for now!) brother Jaime looks on with a face that says, "This will probably not end well for you." Then we get all sorts of cool action shots of Daenerys, Jon Snow, and Davos Seaworth, who also delivers a line about how it won't matter what skeleton sits on the Iron Throne if they all die. Very metal.

And there are dragons. Come on: you knew there would be dragons. Game of Thrones returns to HBO on July 16.

Dan Jackson is a staff writer at Thrillist Entertainment. He's on Twitter @danielvjackson.
Thrillist TV
History ofS1 E22
The History of the McRib
Our Newsletter