What We Think Will Happen on 'Game of Thrones' This Week

And so his Watch has ended. For the first time since the Game of Thrones pilot, Jon Snow is now once again mobile below the Wall, no longer restricted by his vow to the Night's Watch. Season 6 is now well underway, and this week's episode, "Book of the Stranger," looks to send formerly know-it-all book readers even further into uncharted territory.

As usual, HBO's expectedly obtuse description for Episode 4 ("Tyrion strikes a deal. Jorah and Daario undertake a difficult task. Jaime and Cersei try to improve their situation.") has left fans speculating about what will happen this Sunday. Armed with trailer clues, casting calls, social media droppings, and other evidence, I'm going to take my best guesses on how it might play out. I'll probably be wrong! So, never fear, no real spoilers here -- just informed speculation. 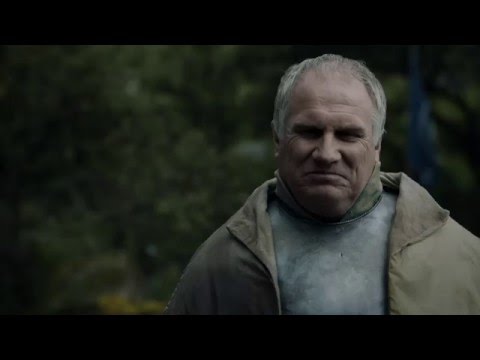 Sansa, Brienne, and Podrick arrive at the Wall

Might we really get to see two Stark children reunite this week? Maybe. The trailer shows Sansa, Brienne, and Podrick arriving at a snowy gate, which could be Castle Black (although maybe not, given that Wun Wun kicked in its gate back in Episode 2). And if Sansa and Jon do share scenes together, it won't be under the best of circumstances, given all things Ramsay. But with luck, this will mark the start of the Starks circling the wagons -- a time for wolves, we tell you! (Well, not Shaggydog. RIP.)

The worst-case scenario is that the two narrowly miss each other, as Jon seemed to have left the Wall and stormed out of Castle Black last episode. There's precedent there: the last time Sansa came close to reuniting with a Stark sibling was at the end of Season 4, when Arya made it to the Eyrie with the Hound but was turned away.

Par for the course, Petyr Baelish isn't anywhere near where we last saw him, which was conspiring with Olenna in his ransacked King's Landing brothel. As seen in the trailer, the aspiring Warden of the North is back in the Vale chatting with a falcon-tending Robert Arryn and a highly unamused Yohn Royce, and they've apparently learned of Sansa's fate.

Could underestimating the Boltons be the first big "whoopsie-daisy" of Littlefinger's scheming career, or is Sansa ultimately unimportant in his master plan? As Baelish tries to rally the Vale to his cause, we can probably look for another army to soon join the clusterf*ck that is Winterfell and the Northern conflict these days.

Theon returns to the Iron Islands

Theon absconding halfway to the Wall and simply assuming Sansa would be safe with Pod and Brienne there felt like a plot contrivance -- and it was -- but it was done in order to get him back to the Iron Islands where sister Yara appears to be less than thrilled to see him again. That's understandable, given that the last time she risked her life to rescue him, a traumatized Theon opted to stay in Ramsay's kennel while bloodhounds chased her away. The siblings will have to put their grievances aside soon, thanks to the impending kingsmoot and the return of their dastardly uncle Euron Greyjoy.

The Tyrells are still in jail

We might forget that Margaery and Loras Tyrell have been in jail for a really, really long time at this point. The two were imprisoned by the Faith Militant before Cersei was and have yet to be released. (Perpetually pouting King Tommen hasn't been able to do much of anything to free his wife.) The episode promo reveals that the lengthy confinement has taken its toll on Loras -- but with Cersei and Olenna conspiring to free them, it looks like the siblings could get their walking papers soon. Now, whether both siblings or only Margaery makes it out -- and at what cost -- is anyone's guess, but it's looking increasingly like that whatever Cersei's up to might have something to do with Cleganebowl.

As we learned last episode, the Sons of the Harpy aren't street thugs but a well-funded militia that gets its resources from a cabal of slave masters from Astapor, Yunkai, and Volantis. While Missandei surprisingly pushed for swift and violent reprisals, the diplomatic Tyrion instead opted to invite representatives of these cities to Meereen in hopes of doing what he does best -- charming drunken repartee.

Daenerys goes on a rescue mission

There hasn't been a lot of surprise to Dany's story -- yet -- this season. She was captured by Dothraki, taken to their city where she haughtily recited her many self-given titles, and now awaits her own trial for being an absentee widow these past few years. (This show has had a Law & Order: SVU amount of courtroom scenes these past two seasons.)

It hasn't been the show's most dynamic storyline considering she has two dedicated warriors making their way to rescue her, is literally fireproof herself, and is mother to a violent dragon named Drogo, presumably roaming the skies looking for his needy mom instead of hanging out at the mall with the other teen dragons. If you expect Daenerys to dramatically rise to the occasion and subsequently earn the Dothraki's fealty as she is wont to do, we expect you might be right on the money. It's what she does after that that has our interest.

Ben Philippe is a writer based in New York City. He frankly doesn't see why Jorah doesn't just own his greyscale and use it as a forcefield as he makes his way into Vaes Dothrak. Find him on Twitter: @GoHomeBen.