In 1998, Great Britain was introduced to Gordon Ramsay via Boiling Point, a documentary miniseries that followed the incorrigible Scottish chef as he opened his first restaurant and tried to win it three coveted Michelin stars. This was must-see TV: its candid look at the madness behind the scenes in haute-cuisine kitchens forever changed how people thought about fine dining, and made Ramsay a bona fide star.

Today Ramsay is as well known for his temper as he is for his cooking. He parlayed the infamy of Boiling Point into Kitchen Nightmares and Hell's Kitchen and, once he leapt to the United States, international superstardom -- all without toning down his anger.

To some, his meltdowns give the culinary industry a bad name. To others, he's just honest about the nature of the game. We've looked through all of his TV appearances to find the meanest and most explosive outbursts in Ramsay history. Is his rage justified? You be the judge.

The first restaurant Ramsay ever tried to rescue, in the pilot episode of the British Kitchen Nightmares, remains one of the show's most memorable disasters -- especially when Ramsay pays Bonaparte's a surprise visit a few weeks after his time there to find its kitchen in worse shape than before. The blundering young chef gets it bad. But don't say he doesn't deserve it. 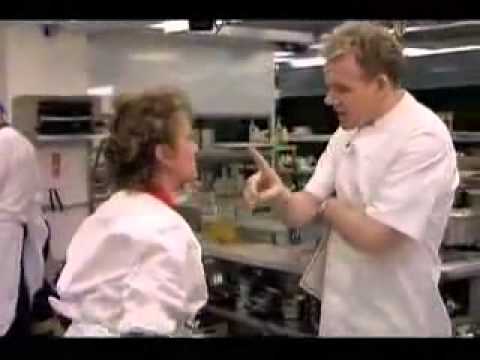 Hell's Kitchen began in England as a celebrity cooking competition, and it was during an early season of the show that Amanda Barrie, a regular on the long-running British soap opera Coronation Street, found herself so fed up with Ramsay's badgering that she tried to slap him across the face. Ramsay's quick reflexes save him from a sore cheek, fortunately. Though this certainly wouldn't be the last time the man drove someone to try to hit him.

Midway through his stay at this sleazy, Ferrari-inspired hotel in San Diego, Chef Ramsay confronts an ineffectual executive chef -- one under so much stress that he actually collapses on camera and gets rushed to the hospital. Ramsay does all he can to help, but when the hotel's owner implies that it was Ramsay's fault, things soon get ugly. 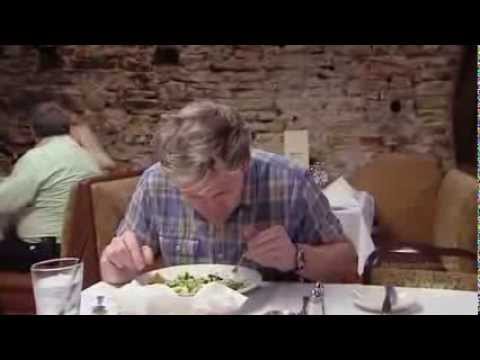 At the Mill Street Bistro in small-town Ohio, Ramsay finds a chef suffering from classic delusions of grandeur. When Ramsay confronts him about a thoroughly unimpressive lunch, the chef can't take it, and prefers to fight rather than accept Ramsay's help. But Ramsay won't mince words about the man's cooking: "Dry, rubbery, disgusting... What were you thinking?" Clearly, he wasn't. 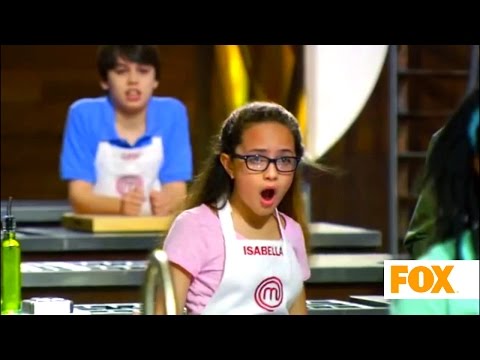 There doesn't tend to be much yelling and swearing on the children's cooking competition MasterChef Junior, for obvious reasons. But one brief lapse in decorum happened to produce one of Ramsay's most notorious zingers: "This is MasterChef," he tells an unfortunate young cook-to-be. "Not master-bate." That's one he's bound to carry into adulthood. 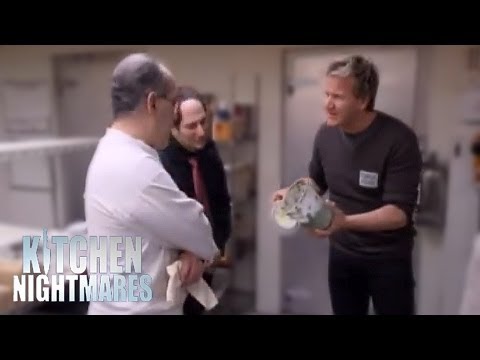 The American edition of Kitchen Nightmares is glossier and more streamlined than its English predecessor, which can also make it seem more formulaic. Hence how often Ramsay will confront careless chefs about the poor condition of their kitchens. Seascape, though, emerges as far and away the most disgusting of the restaurants Ramsay has visited over the show's seven seasons, and its chef fully deserves the verbal punishment delivered to him here. 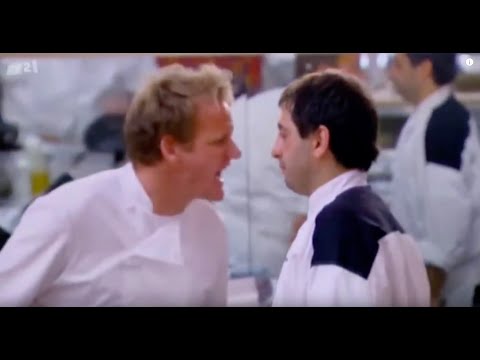 Passions ran unusually high during the fifth season of the American Hell's Kitchen, which is saying something. It all culminated in a truly disastrous dinner service toward the season's end, as the red and blue teams merged and Giovanni, once thought to be a competition front-runner, totally lost control. He didn't just screw up and face Ramsay's wrath, he argued back -- leading to one of the fiercest blowups in the show's history.

Ramsay's anger has never been wielded more righteously than during this televised interview with an Australian news network, whose reporter confronts Ramsay with photographic evidence of one of his restaurants overcooking a steak. It doesn't go well for the journalist: Ramsay exonerates himself and makes the reporter seem like an idiot in the process. "You're being a little bit of stupid," he fires back. "Come on."

It's an unwise chef who refuses advice from Gordon Ramsay. But to refuse it and get angry? That's not just unwise, it's idiotic. The proprietor of Sebastian's restaurant learns the lesson the hard way when he attempts to fight Ramsay head-on, throwing a temper tantrum in Ramsay's face and getting some brutal just desserts in return. 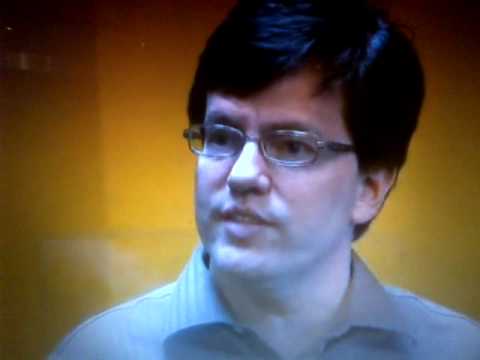 When Hotel Hell first aired in the summer of 2012, another maelstrom of reality-TV fury seemed all but guaranteed. It didn't take long: Ramsay went nuclear in the show's pilot episode, confronting an arrogant, antiques-obsessed owner with a catalog of management mistakes. He calls him a "disrespectful, disgusting man" -- and, when the man in question objects, "a pompous fuck." So much for pleasantries.

"This is how I run my fucking restaurant," a clueless restaurant owner insists to Ramsay after being chewed out over his kitchen-running techniques. Not an unreasonable objection. But because this is Kitchen Nightmares, Ramsay springs right back with the retort: "That's why you're in the shit, you fat fucking idiot." At which point said restaurant owner flips his lid. The lesson? Ramsay is never angrier than when someone presumes to fight back.

When Ramsay first steps into this restaurant in Providence, Rhode Island, the overconfident owner tells him that her food and service rates a sterling 10 out of 10. Ramsay politely disagrees. It isn't long before the two are arguing heatedly over more than just a 10-point scale, screaming and swearing at one another in the refrigerator until the owner, at wit's end, boots Ramsay from the premises.

"11 o'clock, and astonishingly, nobody has been sacked yet," intones the dry narrator of Channel 4's Boiling Point, the documentary miniseries about Ramsay's early restaurateur days. "This oversight is hurriedly rectified." And how: we watch as Ramsay scolds a waiter for the unforgivable sin of drinking a glass of water in view of the dining room. The poor guy admits he's at fault -- but he still gets the sack. 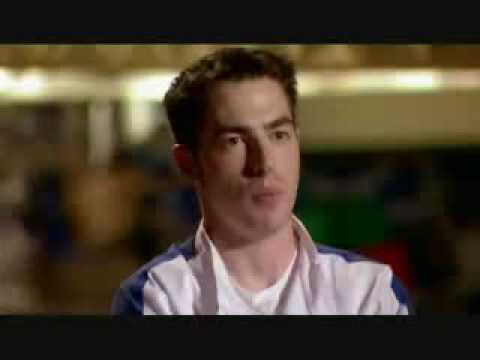 The sixth and best season of the American Hell's Kitchen was never more exhilarating than at the end of its second episode, when Joseph, an ex-Marine with some serious anger issues, completely lost his mind on air, going so far as to tear off his chef's jacket, march into Ramsay's face, and scream that he "ain't no bitch." It isn't just the show's most intense moment. It's one of the most intense moments in reality-TV history.

What could top this? Gordon Ramsay's travails at Amy's Baking Company swiftly went viral after they aired, and for good reason: the co-owners are cartoonish psychopaths so outlandish they could only be real, striking out and savaging employees and customers alike -- all without compassion or self-awareness, and all (thankfully) on camera. Of course, however hot-blooded these two can get, Ramsay can more than match them, and it's when the three finally sit down and talk shop that things get out of hand. Never has Ramsay's wrath been put to better use.