It's a surprising choice, considering the original 'Gossip Girl' held out until the series finale, but it works.

If there's one thing to know about the original run of Gossip Girl, which lasted between 2007 and 2012, it's that it whiffed the ending. Pressured to reveal just who was behind Gossip Girl, the anonymous blogger voiced in narration by Kristen Bell, who chronicled the lives of Manhattan's elite, the writers decided the culprit should be Dan Humphrey, a.k.a. Lonely Boy, played by Penn Badgley. Maybe it made sense on a theoretical level, but for viewers of the series, it was nonsense, turning the romantic hero of the show into a sociopath.

The new Gossip Girl, overseen by Joshua Safran and debuting today on HBO Max, decides to spill Gossip Girl's secrets nearly instantly. Gossip Girl this time is not initially introduced as an omniscient presence, wreaking havoc for funsies. This time we know who the culprit, or rather culprits, are. The brains behind Gossip Girl are not wannabe queen bees or outerborough lonely boys. Nope, they are the teachers of St. Jude's and Constance Billard, who, feeling threatened and tormented by the privileged teens attending their school, decide to put them in their place by reviving Gossip Girl by way of Instagram.

The beleaguered instructors are introduced to the old blog through one of their own, who explains that Gossip Girl used to keep the kids in check by always being on the verge of exploring their deepest, darkest secrets. Kate Keller, played by former blogger Tavi Gevinson, takes the reins of the project. She's an aspiring writer who figures she is the one who can emulate the catty, punny style required for such an endeavor. Armed with an Instagram account, she sets her sights on the school's queen, an influencer named Julien Calloway (Jordan Alexander). In a lucky break, Julien just happens to be secret half-sisters with new girl Zoya Lott (Whitney Peak). Their mom is dead and their dads hate each other, so they arranged for Zoya to move to New York and get a scholarship in Constance in secret. And then Gossip Girl blows up their whole spot. 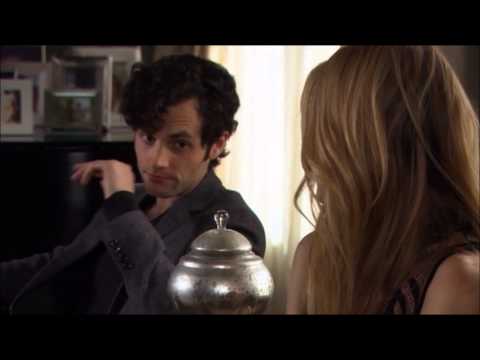 On one hand, it's a relief that Safran decided to do away with the Gossip Girl mystery. But on the other, the question of who was Gossip Girl was never really the reason Gossip Girl was so appealing. Gossip Girl just hovered over the action, sometimes creating drama, but mostly wasn't involved in the story, just just reporting on it. Here, Gossip Girl feels more like a malevolent force, and the fact that she is perpetrated by the people who are ostensibly supposed to be the adults in the room makes the premise almost gleefully fucked up.

At one point, Kate's colleague (Adam Chanler-Berat), follows Zoya and Julien's boyfriend Otto "Obie" Bergmann (Eli Brown) back to his GIANT Dumbo apartment—yes, in this Gossip Girl even the richest of the rich live in Brooklyn—and photographs them stripping off wet clothes after braving a rainstorm. That, my friends, is extremely creepy, and would likely result in an arrest if the perpetrator was ever unveiled or Gossip Girl was at all tethered to reality.

The teachers, especially Kate, have varying levels of guilt over their actions, but they decide that the ends are worth the means—except, as far as the audience can see, the ends are mostly just traumatized teens, who, as far as we know, did nothing to deserve this. Julien and Zoya are the targets of most of Gossip Girl's most vicious posts, but they seem like the nicest girls at Constance and are cruelly pit against each other for the crimes of just wanting to be friends.

It's absolutely deranged, but is it a bad story choice on the part of Safran? Not necessarily. Old Gossip Girl ended on the out-of-nowhere conclusion that you have to be a sociopath to run something like Gossip Girl. New Gossip Girl operates from that assumption right out of the gate. For as much as Gossip Girl fans would like to disavow the Dan-as-Gossip Girl ending, Kate Keller and Dan Humphrey have a lot in common. They are both outsiders in awe of and terrified of the wealth around them, who have dreams of being literary icons. (Apparently, in Gossip Girl 2.0 Dan achieved his dream. Kate is impressed when she hears that he was the mind behind the blog.) But Kate is seriously misinterpreting the power dynamics at play. Sure, it seems the Constance and St. Jude's students can wield their parents' influence to fire the instructors that are getting on their nerves, but they are still, for the most part, minors, and Kate is ostensibly the adult in the room.

So the question then becomes: How long can she get away with it? Season 1 of new Gossip Girl consists of 12 episodes, split between the six airing now and the six that will debut in the fall. Can Kate sustain this ruse the entire time? Or will she get discovered by the end of the first outing? Here's my theory, based on nothing: Kate and her gang will be unveiled by the finale of the first season, but Gossip Girl won't die. It will change hands. Now that it's back from the dead, it will live for as long as Gossip Girl airs. Sounds pretty good to me. Let's go. XOXO.