For the Musician Behind N64's 'Banjo-Kazooie' and 'Goldeneye,' a New 'Mario' Is the Ultimate Dream Job

At a party during the 1997 Electronic Entertainment Expo in Atlanta, a budding video game composer named Grant Kirkhope mustered the courage to introduce himself to one of his heroes: legendary Nintendo designer Shigeru Miyamoto.

Kirkhope meant to tell Miyamoto that he was working on music for an upcoming Nintendo game called Banjo-Kazooie. Except there was an open bar at the party, and what actually came out was a series of drunken, slurred syllables, not unlike the nonsense sounds uttered by the characters in the N64 game he was currently working on.

What happened later was much worse. In the bathroom, as a drunken goof, Kirkhope was busy trying to pull down the trousers of a colleague and friend -- the co-founder of British game developer, Rare Ltd. -- when Miyamoto walked in and froze, aghast.

"Next morning it was like, 'Do you remember what you did?'" recalls Kirkhope.

He can laugh about it now. Twenty years after embarrassing himself in front of an industry icon, Kirkhope has become one of the more prolific and celebrated video game composers around. He provided much of the soundtrack for Nintendo's transition from 2-D to 3-D, gracing Rare's Nintendo 64 titles such as, yes, Banjo-Kazooie, plus GoldenEye 007, Donkey Kong 64 (including "DK Rap", which is either horrendous or glorious, depending on who you speak to) and Star Fox Adventures. He composed and earned a BAFTA nomination for his soundtrack to Viva Piñata; and his music for Civilization: Beyond Earth was awarded Best Original Score for a Video Game or Interactive Media by the International Film Music Critics Association.

Kirkhope is a titan, but anyone outside the gaming world could see his accomplishments as far cry from his previous musical life as a gigging musician in a band that supported the likes of Eddie Van Halen, Jon Bon Jovi, Billy Idol, ZZ Top, and Bryan Adams. When the group broke up in the mid-'90s, his days of singing on stage for thousands of people in sold-out stadiums across Europe and the UK dried up. Kirkhope was unmoored, and still living at home. It was more than a year before a friend and former bandmate named Robin Beanland, who’d gotten a regular gig with Rare, persuaded Kirkhope to give video-game music a shot.

No one seems more surprised than Kirkhope himself that he found a calling as a composer -- let alone a composer for video games. He failed his harmony exam three out of four years in music college, and, despite being a gamer growing up, the soundtrack was never more than an afterthought. "It never really struck me that people wrote the music," he says, in his quick-fire, Scottish-accented tones. (Kirkhope was born in Edinburgh but moved to LA in 2008.) "It might seem like a bizarre thing to say. It never occurred to me." Even so, he has never looked back.

Among devotees of video-game music, Kirkhope has a particularly ardent following, with which he heartily engages online. "Apart from making gamers' lives brighter for decades he's made the transition to bona fide Internet celebrity," says David W. Lloyd, founder of OC ReMix, an online community devoted to covers of video-game music, to which Kirkhope himself has contributed. "He's established a great modern relationship with his fans."

In a sense, Kirkhope's whole life in music has been building up to his latest project: Mario + Rabbids Kingdom Battle, a turn-based tactical role-playing video game developed by Ubisoft for the Nintendo Switch, released at the end of August. When the game was unveiled at E3 in June, seemingly out of nowhere, the reception was mixed: some hardcore Nintendo fans, in particular, were unsure what to make of it. But there was one aspect that was met with unanimous and passionate approval: Kirkhope's musical involvement.

"Given Grant Kirkhope's musical prowess," read another, "imagine what it would sound like if he... oh, you know, REMIXES THE SUPER MARIO BROS THEME?!﻿"

It was way back in 2014 that Kirkhope met with Ubisoft in their Paris offices, "in the secret place in the back, behind a very big door with a big lock on it." He couldn't believe it when Mario appeared on the screen. "It wasn't till later when I got back to the hotel, that I started thinking, this is really serious," he says. "I just stared to go, 'Oh my God, how am I going to make music for Mario? The best-known character in the world?' I guess, next to Mickey Mouse. It's the same level as far as I'm concerned. I started to get slightly scared at that point." 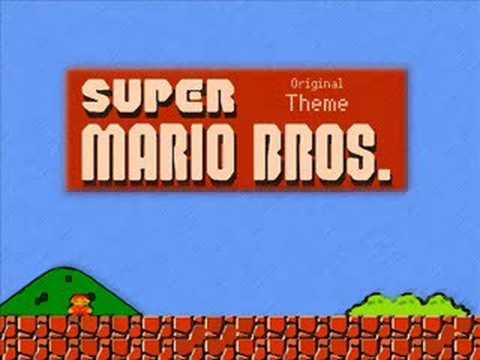 When people think of Mario music, mostly they think of the music of composer Koji Kondo, whose effervescent theme for the opening level of Super Mario Bros. ("Ba-dup-bup ba-dup-BUP!") has been irrevocably etched onto the brains of gamers and non-gamers alike since 1985. There have been other composers over the years, most notably Shinobu Nagata (Super Mario Sunshine, Mario Kart: Double Dash) and Mahito Yokota (both Super Mario Galaxy titles, New Super Mario Bros. U, Super Mario 3D World). But Kirkhope's Mario + Rabbids Kingdom Battle gig marks the first time a Westerner -- or, pretty much anyone outside of Nintendo's in-house stable of go-to composers -- has officially had Mario as a muse.

By all accounts, if Kirkhope was daunted by the task, he didn't show it. After having been resident composer at Rare for 12 years -- a bit like the Tin Pan Alley or Brill Building songwriters of old -- Kirkhope developed the ability to get on with the job. "A lot of times songwriters sit in a darkened room waiting for the hand of the Lord to hand them a song. That's not me."

One of his earliest realizations was that "There was no point me trying to be Koji Kondo 2. He's the master. He writes that jazzy, poppy style so brilliantly, there's no way I could be as good as him."

Instead, befitting the vibrant multicolors of Mario's Mushroom Kingdom, Mario + Rabbids Kingdom Battle draws on a range of musical modes, which ought to be familiar to anyone who's played a Kirkhope-scored game. There's everything from a stately, regal theme that wouldn't be out of place in a Legend of Zelda title ("Ancient Gardens") to a pre-boss battle aria with operatic vocals, "The Phantom of the Bwahpera" (a "DK Rap" descendant that includes the couplet, "You're so not worth the hassle! Your princess is in another castle!"). Kirkhope's Banjo-Kazooie style -- kooky, caffeinated mayhem reminiscent of early Danny Elfman, replete with Carl Stalling-esque xylophone and wah-wah-wahing trombone.

The music,  recorded in Prague with the City of Prague Philharmonic Orchestra, is uniquely intrinsic to the experience of the game, at times seeming to emanate from sources within the world of the game. At other times, it will morph seamlessly in relation to the player's current environment, a technique first popularized in Banjo-Kazooie: In one section of the game, tunes will crossfade as the player navigates between colder climes and warmer climes -- chilly celeste, glockenspiel, and pizzicato (i.e. plucked) strings giving way to the sun-parched, Eastern flavor of congas, bongos and breathy woodwinds. It's a testament to Kirkhope's skill as an arranger, but also the quality of his melodies, that his tunes withstand not only constant replay but incessant rejiggering. This is serious music.

One of Kirkhope's tasks was rearranging Koji Kondo's castle tune from Super Mario 64, the ditty that greets every player between levels or at the start of a new session, familiar to anyone who's spent time with the game.

"I was in tears writing that. I'm not exaggerating," he says. "I was sitting there thinking, I cannot believe I'm getting to play with that melody, and rearrange it for live orchestra, and then sending it off to Nintendo. I was pinching myself every day."

That level of excitement permeated the project at every level, Kirkhope says. "It really has been a massive passion project. That we're getting to play with Mario, the Mario, that guy we've played with a billion times. That just inspired everybody. Everyone's put their absolute balls into this game. The ladies too." 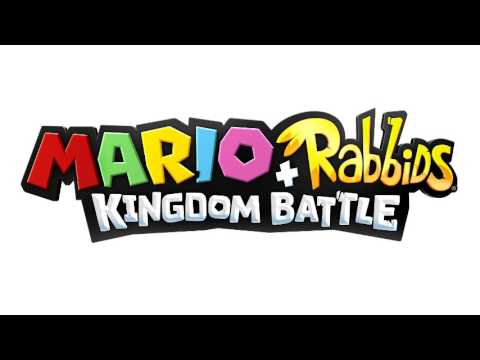 Even weeks before the release of the game, rearrangements of Kirkhope's songs have appeared online. One of the most popular Mario + Rabbids-related YouTube videos is Kirkhope's "Pirabbid Plant" theme, which one fan painstakingly created by splicing together audio from gameplay clips.

The arena may have changed, and the sound of thousands-strong crowds have died down, but Kirkhope is still rocking worlds. In the years since he started out, he has witnessed an increase in awareness and appreciation for video game music and the people who make it. In his view, as film music becomes less reliant on memorable melodies and more closely resembles sound design, video game music as a form is "the last bastion of melody."

"My son's 14, and he doesn't' listen to anything apart from video game music. His playlist is Undertale, Mario Galaxy... And a couple of mine, hopefully," he says, laughing.

"But for just one person in the world to like something that's come out of your head is just completely amazing," he says. "And, if a game does well, there's the potential that millions of people will get to hear your music. That never gets wasted on me."

Darryn King is a writer and prog-rock apologist based in New York. His work appears on TheNewYorker.com, VanityFair.com, TheGuardian.com, and The Wall Street Journal.