Dev Patel fights a not-so-jolly green giant in the upcoming A24 film. 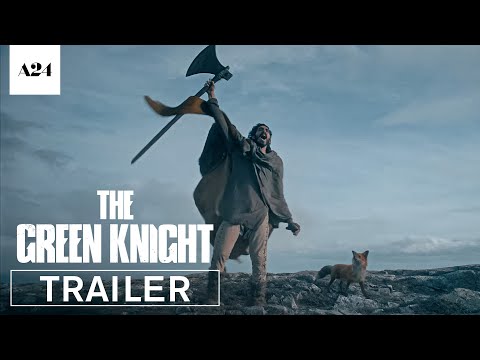 Finally, FINALLY, one of our most anticipated movies of the year is coming in just a few short months, and after seeing its new trailer, we couldn't be more excited. The Green Knight, the latest highly atmospheric fantasy by director David Lowery and A24, is hitting theaters in July after being delayed for more than a year, and it looks, in a word, stunning.

The Green Knight is based on the medieval romance (in the chivalric sense, not in the Nora Roberts sense) Sir Gawain and the Green Knight, in which Sir Gawain, a knight of King Arthur's Round Table, agrees to participate in a "game" offered to them by a giant green man who saunters into Camelot on New Year's Day, offering to fight any knight who thinks he's brave enough. Sir Gawain, pure of heart, takes up the challenge, and beheads the knight—but instead of dying, the green knight picks up his head off the ground and vows to return the favor in a year before riding off into the night, Headless Horseman style. Gawain knows that he, being mortal, would never survive getting his head chopped off, and is given the choice to either avoid the green knight and run from his fate, or to prove his bravery by seeking him out and ending the game, one way or another.