In recent weeks, a line of criticism has emerged that argues A Star Is Born, the current Oscar front-runner and box office hit, paints an inauthentic portrait of the music industry partially because of the way the glossy, often ridiculous movie places guitar-driven rock music at the center of its fictional pop culture universe. The film's washed-up megastar Jackson Maine, played with gravelly voiced sensitivity by co-writer and director Bradley Cooper, is the figurehead in a festival-worthy band that sounds like a boozy combination of Kings of Leon, Black Crowes, Drive-By Truckers, and a sentient leather boot. A viral appearance on stage with him catapults Lady Gaga's Ally, a waitress with dreams of a music career, to fame, a SNL performance, and eventually, because this is a movie, tragedy. Not in our reality though, right?

And yet: One of this week's many online skirmishes centered around an increasingly popular band that scans as more artistically backward-looking than Cooper's roots-rock cosplayers. I'm talking about Greta Van Fleet, the young rock band from Frankenmuth, Michigan, that released its debut full-length record, Anthem of the Peaceful Army, on Republic last Friday. They didn't pee their pants onstage at an awards show or check into rehab, but they did ruffle some feathers. If it's truly time to "let the old ways die," as Cooper sings in his A Star Is Born ballad, then Greta Van Fleet didn't get the message.

After a viral Pitchfork review, which rewarded the record a 1.6 rating on the site's 10.0 scale, said they sounded "like they did weed exactly once, called the cops, and tried to record a Led Zeppelin album before they arrested themselves," fans mobilized to defend the band's honor online. Websites wrote up the incident with headlines like "Pitchfork Destroyed Greta Van Fleet's New Album and Rock Fans Are Pissed." Jokes were made; familiar pop culture battle lines were drawn. Did you miss the whole controversy? Or simply have no idea what the fuss is about? Unfortunately, we do. 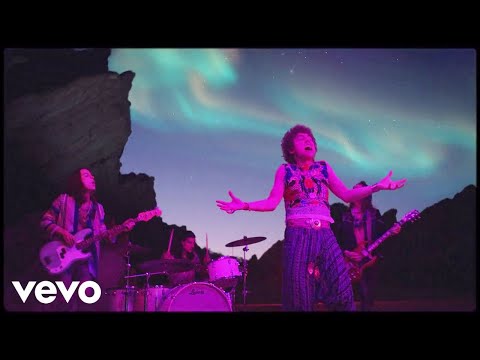 What is Greta Van Fleet?

Greta Van Fleet is a rock n' roll band. Founded in 2012 by brothers Josh Kiszka, Sam Kiszka, and Jake Kiszka -- plus the sole non-brother member Kyle Hauck, who has since left and been replaced on the drums by Danny Wagner -- the group has a humble origin story, laid out in this Rolling Stoneprofile from April of this year, that involves playing covers in "Michigan biker bars they weren’t even old to drink in." Following the release of two EP's in 2017, Black Smoke Rising and From the Fires, the group went on to play more high-profile gigs in 2018, including a set during Elton John's Oscar party and a bare-chested appearance in June on The Tonight Show with Jimmy Fallon.

Like many classic rock revivalists before them, the press around the group often notes that they studied the essential texts -- the "three Kings (B.B., Albert, and Freddie), as well as their disciples, like Jimmy Page and Eric Clapton" as Rolling Stone writes -- and casts them as oppositional figures to modern music trends. Instead of EDM or hip-hop, the brothers found their inspiration in the dusty LPs of the past provided by their parents. ("All the modern music we were exposed to is stuff on the radio, and I can’t stomach that," said guitarist Jake in the Rolling Stone profile.) To be reductive for a minute, they planted their flag on one side of the ever-maddening rock vs. pop war, one that's played across high school parking lots and web forums for decades. 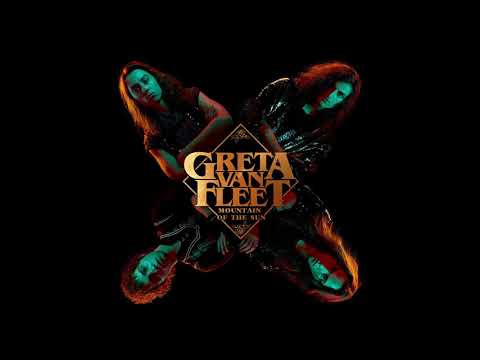 Here's the short answer: Led Zeppelin. It's impossible to write about Greta Van Fleet without talking about Led Zeppelin. Josh Kiszka sings in a howling falsetto that can often feel like a heightened, musical-theater-inspired take on Robert Plant; Jake Kiszka unleashes guitar riffs that are clearly meant to evoke the tuneful roar of Jimmy Page; and drummer Danny Wagner bangs away at his kit like he's attempting to summon the wild spirit John Bonham. Your enjoyment of the band will likely depend on how vividly you believe they've managed to reanimate the past.

As is the case with Zeppelin and the larger ecosystem of classic rock radio, there are moments of quiet and detours into non-rawk head-banging on Anthem of the Peaceful Army. To my ears, those acoustic-leaning numbers, like the maudlin "You're the One" and the empty-headed "Anthem," are actually the album's worst songs. Lyrics like "With the news, there's something every day/So many people thinking different ways" sound like they were written by Mr. Peanut Butter from BoJack Horseman. At least some of the more uptempo tracks, like the rousingly goofy "Mountain of the Sun," can deliver bursts of algorithmically soothing rock catharsis. Clearly, your mileage may vary. 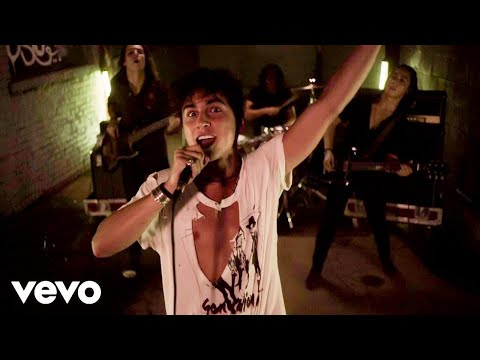 How did Greta Van Fleet become so controversial?

In the larger context of popular music, Greta Van Fleet isn't the most button-pushing act. Yes, they have a major label record deal and will likely be pushed on streaming services, along with soundtracking TV shows and playing major festivals, but so do lots of bands that don't attract comparable venom. There are certainly more popular rock bands -- for example, Twenty One Pilots currently have three songs in the top ten on Billboard Rock chart and Imagine Dragons sit at number 13 on the Hot 100 with their single "Natural" -- and the marketing of "rock" as a lifestyle brand is as old as the genre itself. Even the discourse around Greta Van Fleet is old and crusty.

Still, what exactly makes Greta Van Fleet objectionable to so many people? I suppose it's the obviousness of it all. When it comes to matters of taste in rock music, it helps to lift from relatively "disreputable" or "obscure" source material, and add another layer of innovation, or at least some sly commentary, to it. Nearly everything about Greta Van Fleet -- including the band's fondness for vaguely hippie-like costumes and appropriative Native American headdresses -- feels second hand.

There are more clever ways to do this stuff. As the Pitchfork review notes, a band like The Darkness, who scored a hit with "I Believe in a Thing Called Love" in 2003, drew from a looked-down-upon corner of rock history (hair metal) and added a winking layer of irony to it. Or look at The White Stripes: Jack White certainly owed a debt to Led Zeppelin and countless other rock acts, which he's freely admitted in interviews, but there was a unique conceptual hook to the duo's approach. Without an extra element at play, the music of Greta Van Fleet sounds not just inessential but lazy. 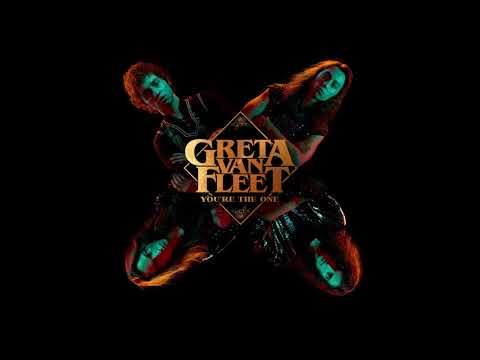 This will sound like a cop-out, but my opinion on whether or not Greta Van Fleet is a "good" band probably doesn't matter very much to you. It's not that the group is "beyond criticism," but the larger reputation of a critically reviled artist like this often depends on their ability to develop as musicians, pick up new fans, and remain relevant in the years to come. (For the record: I think they're mostly dull and would recommend all of these recent albums for you to listen to instead.)

If Greta Van Fleet is a flash-in-the-pan, this Pitchfork review will likely take on a cult status in the site's history, like its trolling 0.0 review of Jet's Shine On, which consisted of a video of a monkey peeing in its own mouth. But the conversation around Greta Van Fleet could also change. As Slate pop music critic Jack Hamilton pointed out on Twitter, Led Zeppelin itself often received dismissive reviews from the rock press that now mythologizes them. While packing stadiums and selling mountains of records in the '70s, many critics looked down at them as Tolkien-loving buffoons and blues-rock thieves. Similarly, there are individual records and artists that Pitchfork itself has reassessed over time as different generations of writers take control of historical narratives. A band's cultural footprint is never static.

Does that mean Greta Van Fleet is destined for a long career and an eventual critical re-evaluation? Probably not, but stranger things have happened: Even messianic punchline Creed got its "this is underrated" take and these disagreements over bands tend to be both territorial and cyclical. The harder question is this: Will Greta Van Fleet grow into grizzled Jackson Maine-like figures capable of launching the next Ally into the stratosphere? Even if they don't, the group's success indicates that the "old ways" aren't going anywhere soon.