Netflix's 'His House' Is a Terrifying, Devastating Parable of a Global Crisis

Halfway through His House, the terrifying, sobering debut of director Remi Weekes now streaming on Netflix, you realize that, on top of it being one of the scariest, most heartbreaking horror films of the year, it's also a mystery. The conflict, as it usually does in horror cinema, begins with a grave sin committed by one of the characters and is referenced over and over again before the film's conclusion. But in His House, you have no idea what the sin is until the dreamlike vision-quest ending, during which the movie's characters are forced to relive a trauma that is all too real for so many living in our world right now, in order to defeat a supernatural threat.

Bol and Rial Majur (Sope Dirisu and Wunmi Mosaku, of HBO's Lovecraft Country), a married refugee couple newly fled from South Sudan, whose endless war has driven many of its citizens to seek sanctuary in Europe, begin a probational period of asylum in a suburb of London, where they are given a shabby townhouse and a weekly stipend. They're instructed not to seek any sort of work, cause damage to the property, or attempt to leave and live elsewhere. Bol and Rial are overjoyed that they've been given the opportunity, but haunted by the loss of their daughter Nyagak, who didn't survive the boat crossing along with many others from their village.

Bol attempts to assimilate, going out into town, hanging out in pubs, using silverware to eat meals, and buying new clothes—trying to be, as their social worker Mark (Matt Smith) cringingly puts it, "one of the good ones." Rial, however, still clings to their Dinka culture, setting out their meals on the floor instead of the table and wearing a necklace of beads from Nyagak's doll. They both begin to see specters in the walls of their house—ghosts of their daughter and of others who died, presumably, on the boat crossing. Rial is the first to figure it out: One night at dinner, she tells Bol a story about a "night witch," who insinuated himself into the home of a man who accidentally stole from him, bedeviling the man with visions of spells and ghosts until he was consumed. Rial believes that, because she and Bol have stolen something, the night witch has followed them to England and has set up shop inside their house, planning on tormenting them with guilt until they, too, are consumed. 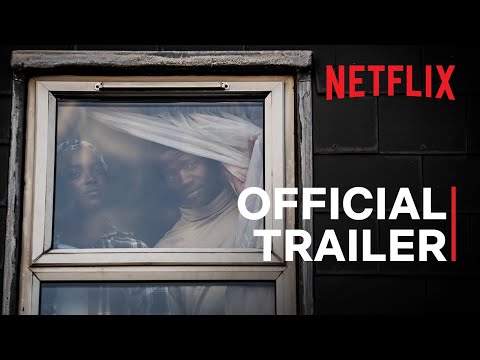 His House takes the trappings of an already horrifying reality and inserts them into a story whose supernatural elements enhance the terror rather than distract from it. The ghosts, when they appear, are incredibly scary, and Weekes plays around with doorways and interior spaces, letting his characters see different things when the precariously flickering lights are on and when they're off. A particular dream sequence, which is featured in the film's striking poster, feels like something out of the desolate hellscape of Lucio Fulci's The Beyond, while the monster, when it finally appears, would feel right at home in Guillermo del Toro's nightmares.

The power of His House, though, comes not from the intermittent scares or constant building dread, but from the devastating reveal that makes up its final act, forcing its characters to reckon not only with the trauma they've suffered, but with a particular form of guilt that has consumed their lives. They made it out of South Sudan, but they are in no way free from what occurred, or from what part they played in it, whether it was simply surviving while others around them perished, or something more sinister. One of the most chilling scenes is set in a doctor's office, where Rial, during her physical checkup, describes in graphic detail the turmoil between the tribes of South Sudan to a doctor who has lived her entire life within the cozy confines of the Western world. There is a particular flavor of horror that exists in experiencing shocking violence, and then escaping into a world that makes it seem like nothing more than a dream.