Digging through old horror franchises, you'll frequently find bits of they'd-never-do-that-today scariness, essential dashes of sexiness and comic relief, and if you're lucky, something shocking and gory.

But one of the most amusing fringe benefits of binging an old horror series is spotting big-time movie stars... long before they hit the big time. Some of these actors embrace their low-budget genre roots; others choose to ignore their early-career horrors, but you know what they say: film is forever. Especially horror films. These are a few of the familiar faces you'll find hidden across the canon.

This Halloween knockoff is fairly forgettable, even by slasher flick standards, but it does feature some early work from character actors like Paul Gleason (The Breakfast Club) and James Rebhorn (Carlito's Way), plus it offers the silver screen debut of Mr. Tom Hanks, here playing (what else?) an amiable, affable college kid.

Jack (Bacon) and Marcie (Jeannine Taylor) are the coolest of the original Camp Crystal Lake counselors. Laid-back, funny, and clearly enamored with one another, they share one last lustful night before getting messed up real bad. Mr. Bacon doesn't seem to discuss this flick all that often, but his character does get one of the most shockingly effective death scenes in the whole movie. (It involves a bed and an arrow.)

Johnny Depp in A Nightmare on Elm Street (1984)

The increasingly polarizing, problematic actor has been in tons of movies you know and love, good and bad, but this guy's early-career horror flick is one of the finest genre films of the decade. Talk about good luck. It also helps that he's pretty good in Wes Craven's creepy classic, and that he provides one of the most memorable death scenes of the whole damn decade. (It involves a bed.)

Just one year before playing George McFly in Back to the Future, this reliably eccentric character actor delivered one of the more amusing performances in the fourth Friday the 13th flick. And you won't believe how this guy dances.

Jennifer Connelly in Creepers (aka Phenomena) (1985)

Long before she became an Oscar winner, this lovely young model turned actor appeared in of Dario Argento's weirdest movies -- and considering how damn weird his flicks are, that's really saying something. The premise is sort of like Willard, only instead of a boy who can control rats and take revenge against his oppressors, Creepers is about a young girl who can control... insects. Yes, there is an Italian horror film in which a teenage Jennifer Connelly kills people with various insects. It's pretty insane. And gory. Icing on top: Halloween's Donald Pleasence as a professor!

He's the president on Scandal. He's the voice of Disney's Tarzan. He was that rotten back-stabbing jerk in Ghost. But did you know he was also one of Jason's victims? Yep. And this is one of the better sequels, too.

Most actors "pay their dues" in a few low-budget movies, but it's safe to say that George Clooney paid more than his share. Not only did he appear in these low-rent goofball horror comedies, but he also appeared in the infamously unfinished Grizzly 2: The Concert. And he certainly seems to have no problem discussing his "lesser" films when they come up in interviews.

Richard Jenkins in The Witches of Eastwick (1987)

This instantly recognizable character actor -- and now two-time Oscar nominee -- has been great for years, but he manages to really stand out as the only half-decent male character in this smart, funny horror film that focuses on an infernal battle of the sexes.

There's not much to recommend in this obscure "whodunit" slasher flick with a dark comedy twist. Fans of Martin Mull and/or Roddy McDowall will probably enjoy it, but it's most noteworthy for the appearance of a young Brad Pitt as one of the students/suspects/potential victims.

The first two Critters flicks were modest hits for genre-friendly label New Line, but this is when the franchise switched over to the video shelves, and the result is pretty basic Critter madness. That is, aside from the presence of little Leo DiCaprio as a resourceful kid on the run from alien furballs.

Just one year before she'd arrive to TV with Friends, Jennifer Aniston headlined this broad, goofy horror comedy that'd probably work better if it'd chosen one genre or the other. Odds are Jen isn't a huge fan of this movie.

Charlize Theron in Children of the Corn III: Urban Harvest (1995)

There's no good reason to dig through this tiresome sequel -- or any of the entire franchise, truth be told -- but you'll catch a glimpse of badass Charlize Theron, long before she was famous, as one of the young acolytes of a creepy corn cult.

Matthew McConaughey and Renée Zellweger in Texas Chainsaw Massacre: The Next Generation (1997)

Produced in 1994 but held up for several years for all sorts of reasons, including executives who knew that the two leads were about to hit the big time, this semi-remake never approaches the dark madness of the original movie... but it does have its moments. Ms. Zellweger does a fine job as the heroine / "final girl," and McConaughey is all sorts of unhinged as one of the murderous lunatics.

Long before he became an unlikely (and highly amusing) superhero in Ant-Man, this prolific comic actor played the grown-up version of Tommy Doyle in this frankly confusing Halloween sequel. Next time you watch John Carpenter's original, keep in mind that the little boy Laurie is babysitting will grow up to become an Avenger. 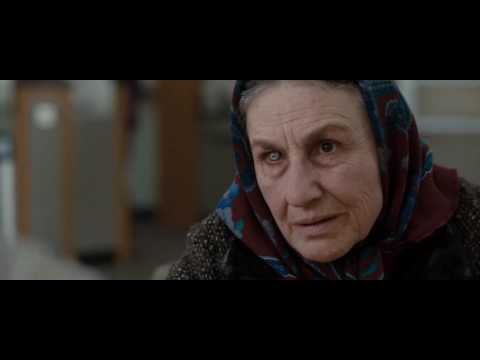 The three-time Oscar nominee, and one-time winner, has over 70 film credits to her name. But her first appearance in a horror flick was a bank teller in Sam Raimi's gruesome morality tale.