With their excellent debut 'Versions of Modern Performance' out, this band needs to be on your radar. 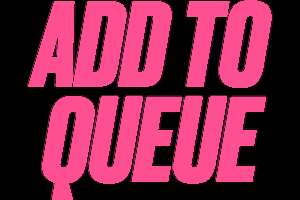 When you're a music-obsessed teenager, there are few things as exciting as sharing your favorite songs with somebody else. It can be a vulnerable experience, considering how much records can mean to you at 16, but, for many music lovers, it can also be a bonding experience unlike any other.

That's how Nora Cheng, Penelope Lowenstein, and Gigi Reece came together and formed their Chicago-based indie rock band Horsegirl. After meeting through youth music programs four years ago when they were still underclassmen, they bonded while jamming in each other's basements and gushing about their love for My Bloody Valentine and other '90s alt-rock groups. When they couldn't play Sonic Youth covers any longer, starting a band obviously followed suit.

"I was in a place where I felt like I wasn't going to find people that I really connected with, and then when we became close, it was like friendships I'd never had before," says Reece, who plays drums. "Then the fact that we got to play music and be creative together? That was another thing I had never experienced. It felt really fulfilling."

As the group releases their excellent debut Versions of Modern Performance (out now via Matador) a year after their single "Ballroom Dance Scene" blew up on alt radio and made them an indie buzz band, they want their music to foster the same kind of youthful exuberance that they found with each other among their fans. "What we're doing with our friends in our videos," says Reece, noting how everybody is dancing in a kitchen in "Billy" and goofing around in "Dirtbag Transformation," "we want people to do that." With their thrilling guitars and incredibly sincere friendship at the center of Horsegirl, it seems all but inevitable.

Much of the DIY sound that fuels their record can be owed to the Chicago scene they came up in, and are still a part of, even as they've garnered festival dates and opening slots for their icons Pavement. "We started very much so in the Chicago DIY scene, playing with other local bands at events that teen Chicago kids ran," says guitarist/vocalist Cheng. Those gigs, as guitarist/vocalist Lowenstein describes, typically consisted of house shows in somebody's basement, or at gallery spaces with bills featuring upwards of 10 acts.

"When we were just starting out, what motivated us was seeing other high schoolers being in bands, and then just going for it—playing shows, even if they were with kids older than us or playing very different music," says Reece.

Lowenstein says, "There's always been a sense of excitement amongst us and our friends—beyond any media attention or anything—that we feel so happy to listen to music that we love and be friends with the people who are making it. It's such a special experience to feel like we're all making it at the same time in the same place."

Although Horsegirl is from Chicago proper—a detail they are quick to confirm, and meant, for some, neglecting to get their driver's licenses until the end of high school—a great deal of their music explores dazed and even morbid suburbanite stories. Over noisy guitars you can get lost in, they sing about best friends and kids being taken by ennui. "It's a voyeuristic look into the suburbs," says Cheng. "A lot of the songs we write are very driven by imagery, and the suburbs are a sort of unusual imagery."

Even as they look elsewhere for inspiration, their post-punk also encapsulates the energy of their hometown scene that they're so proud to be a part of, with repetitions of the word "dance" across tunes and their constantly uproarious melodies. "Something that we focused on [when writing our record] was making songs that felt good in a live setting," says Reece. "Our songs have always relied on having good sound, but we could play them with bad sound because [we've often ended up] having bad sound at shows. We just try to make things as loud as we can for the space we have."

That, again, goes back to gigs they used to play where dozens of teens were packed into their parents' downstairs, it always felt "warm," and "the mic shocked your mouth"—which, to them, is a better gig with much stronger energy than nearly any of the festival stages they played at SXSW this year. For Lowenstein, few shows to date stand out like a gallery showcase they played on Halloween in costume as Wes Anderson characters. Although the guitar tone was "horrible," the drum kit was off the stage, and her Margot Tenenbaum wig fell off—it was when Lowenstein felt like the band officially became part of "a close-knit scene." She says, "It was just such a nightmare, but it was fun." 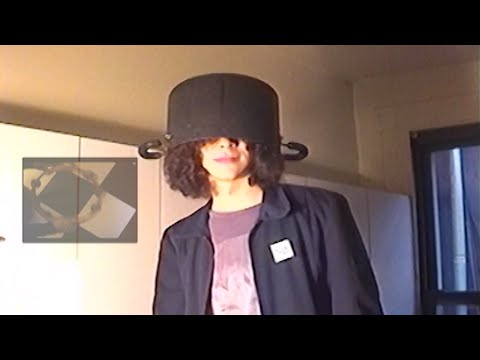 With their record out now and upcoming shows to play, they hope people get a sense of the energy that they've tried to capture in their '90s-inspired sound. Ideally, they envision crowds doing "the twist" to their music—something they do at shows themselves and encourage audiences to do. But even kids lounging around their bedrooms, zeroing in on their guitar sound, or dancing around their kitchen to it, would be more than enough. "Putting on a record with a group of friends and dancing around your kitchen—that's always very special," says Lowenstein.

By definition, the band recognizes what a stereotypical "horse girl" is, but Lowenstein says, to them, it's also about "the real gems," or "the people who are really passionate about something" and "are not trying to do anything for anyone else." So in that sense, that's who Horsegirl is at their core—they're known to cite their favorite Kim Gordon quotes and go off on tangents about how sometimes all they want to do is share their favorite videos of old Pavement performances with each other.

With music as good as theirs, and the wholesome Horsegirl friendship ethos to back it, you can just about imagine a herd of Gen Z "horse girls" obsessing over their album, just as they do with their favorite records, and they hope people do to theirs. Now that Versions of Modern Performance is here: Put it on and shamelessly do the twist to it, because pretty soon, every rock fan will be doing the twist to them, too.