Was 'House of Cards' Ever Good?

It’s hard to believe House of Cards is only three years old. Considering the staggering number of insane plot threads that have unraveled since its 2013 premiere -- and all that’s happened with the show’s home, Netflix, in that time -- it seems like Frank and Claire Underwood have been with us for at least a full presidential term, if not more. But March 4th is only the show’s fourth-season premiere, and its arrival has us wondering: is House of Cards actually a good show? 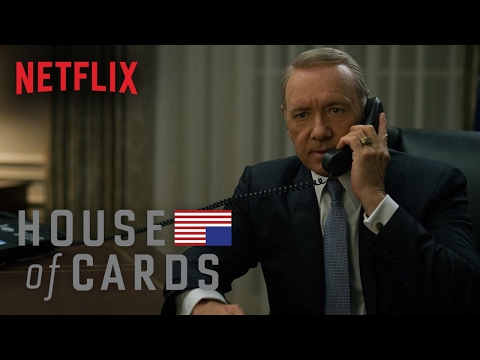 Critics have been wondering this for a little while, but their dissent got much louder at the end of season three. “That’s It, House of Cards. You Lost Me,” proclaimed The Daily Beast last year. “House of Cards is the worst show about American politics. Ever,” shouted the Washington Post. “House of Cards is Terrible and You’re All Bad People,” said an especially blunt Dave Weigel. Even die-hard fans seemed bummed about those last episodes, but here we are, about to dive into 13 more.

Along with many other viewers I know, I’ve spent the past couple weeks debating if I really want to invest more time in the Underwood administration, or if it’s time to cut and run to a new TV obsession. So, like any type-A personality, I made a House of Cards pros and cons checklist to aid in the decision-making process. Hopefully, it’ll also help you make the right call.

Remember when Claire and Frank fed Meechum a ton of bourbon and then went to town on each other? How about when a future president threw a reporter in front of a moving train? Or when that random Chinese billionaire was into autoerotic asphyxiation? There’s no way around it: this show is fucking nuts. Premiering as Netflix’s second original series (never forget Little Stevie’s Lilyhammer) this show was designed to be binged. No one watching House of Cards is savoring each episode for little details or surprising social commentary -- they’re powering through to the next murder, affair, or graveyard desecration. But the problem with writing a show like that is that everything in between suffers. Be honest: are you really paying attention during those meetings about Frank’s education bill? Of course you aren’t, and why would you when all those quieter moments of real (well, sort of real) politics pale in comparison to all the outrageous plot twists?

In an effort to keep outdoing itself, House of Cards has already painted itself into a corner. The show has killed off (in increasingly alarming fashion) almost everyone who poses a serious threat to the Underwoods, and Frank and Claire have now been sitting in the White House since the season-two finale. As season three made clear, House of Cards has no idea what to do with these two when they aren’t struggling or scheming for their next promotion. That’s not a great sign for the show’s long-term future.

But batshit crazy can be kind of fun

Look, no one said that Meechum three-way wasn’t entertaining. All these OMG moments accomplish what they’re supposed to do: provoke a reaction. It’s a ton of fun freaking out with the people of Twitter as you hit each episode’s insane peak, and probably the best part of watching House of Cards is doing a postmortem with friends after you’ve all completed the new season. Discussing Cashew the guinea pig alone can take up a good, gushy half an hour at brunch.

And the thing is, there’s nothing wrong with watching a show just because it’s entertaining. That’s the whole reason television exists! Especially in the advent of Peak TV, it’s easy to feel guilty about enjoying a show that isn’t a slow-burn meditation on the human condition. You shouldn’t. The beauty of this television boom is that there’s space for all kinds of shows. If this particular one is more your bag than Mad Men, then you should be spending your weekends with Frank, not Don.

Kevin Spacey and Robin Wright are a fascinating power couple

When you need an actor to deliver a hammy performance with a ridiculous southern drawl, one name should be at the top of your list: Kevin Spacey. And I don’t mean that as an insult! It’s the only way to play Frank, and Spacey has a ton of fun tearing into each ludicrous aside to the camera. Even better is Robin Wright as his calculating wife, Claire. I’m going to be honest and admit that I’d kinda lost track of Robin Wright after Forrest Gump. So seeing her show up in a series of immaculate black dresses and power-stare the crap out of everyone in Washington was a goddamn delight. I don’t know how she hasn’t already done this, but I’m willing to blow my savings on a front-row Broadway ticket whenever she decides to play Lady Macbeth.

The rest of the cast is... less fascinating

Those two have been gone for a long time, though, and the show seems to be suffering under the delusion that we care just as much about the remaining supporting characters. Characters like Zoe’s mopey ex-boyfriend, some old rich guy who collects birds, and Doug Stamper, whose entire season-three plotline can be summed up as “sad physical therapy, followed by continued stalking.” The problem isn’t that these characters are hard to like (although they are). It’s that none of them are remotely as interesting as the two leads. And that’s a shame, because the show employs some pretty excellent actors with little to do but creep around government buildings.

When House of Cards first premiered, Netflix made a big deal about the fact that it nabbed David Fincher to executive-produce and direct the first two episodes. This was obviously meant to interest critics and film geeks who loved the famously meticulous director’s moody aesthetic. And it kinda worked! Especially back before we knew what type of shows Netflix was capable of making, the visuals in House of Cards were just stunning. Who knew an online-streaming service could produce these kind of shots? Even now that no one is doubting Netflix’s abilities, the hallmark noirish shots of Washington remain one of House of Cards’ greatest strengths.

But it’s not the prestige drama it thinks it is

It’s one thing to make a visually striking show. It’s another to make a visually striking show with substance. The House of Cards look might remind you of other cinematic series like Breaking Bad or True Detective -- and make no mistake, Netflix wants you to make those connections -- but this show is using all that low-key lighting as a mask. It’s not like those others shows. It’s a bananas D.C. soap opera wearing a really nice suit, and you can’t have it both ways. Just ask Shonda Rhimes, whose Washington political drama Scandal is arguably a better show, but has never been taken half as seriously because it’s owned the soap label from day one. House of Cards isn’t any more meaningful, despite all the incrediblysmug things its creator Beau Willimon has said to the contrary. It’s just got a nice gloss.

I’ve dutifully watched the past three seasons of House of Cards along with everyone else. It would be a little masochistic to devote 39 hours to something I openly loathed -- and the thing is, I don’t hate this show. I’m a sucker for political dramas, and I will never tire of watching Robin Wright being a perfect ice queen. But I’ve had a nagging thought in the back of my head since the first episode that’s been getting louder and louder even as I’ve blearily binged through each new season like a relapsed junkie: This isn’t a good show. It probably never was. And I honestly don’t think I can keep up with it anymore. That might mean missing out on some really exciting new plot twists, but I’m finally ready to take that risk. Call me if anything big happens with Cashew.

Kristin Hunt is a freelance writer for Thrillist, just poured one out for Peter Russo. Follow her to the Capitol at @kristin_hunt.