Nothing Will Ever Top the 'Independence Day' White House Explosion

One of the best gags in Austin Powers: The Spy Who Shagged Me is when Dr. Evil, intent to blackmail $100 million out of the American president circa 1969, terrifies the Situation Room with a demonstration of his world-destroying super-weapon's power -- a demonstration that turns out to be nothing more than a clip from Independence Day ("... But the real weapon will look a lot like that," Dr. Evil assures them). The President's shrieks of terror are a testament to the caliber of Independence Day's special effects, and I’m sure Roland Emmerich took the joke as a compliment. But part of what makes the whole thing so funny is its meta punchline: the only way anyone wouldn't recognize that White House-blowing-up scene is if they were living in the 1960s.

The shot isn't just remarkable, indelible, unforgettable -- it's that the shot is more remarkable, indelible, and unforgettable than the movie that contains it. Only Steven Spielberg's Jurassic Park brachiosaurus persists in the collective imagination like Independence Day's six spectacular seconds of cutting-edge annihilation. The ice-blue laser stabbing through the top of the building like a straw through a plastic soft-drink lid, the portico flying apart in every direction, the inferno blooming out and swallowing the escape helicopter whole: so simple, so glorious. It's the most iconic moment in action-movie history. Still. 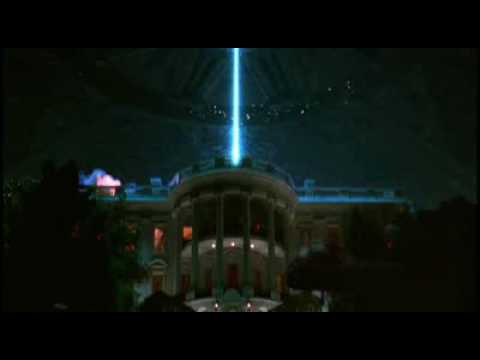 American monuments had been pulverized on film many times before, of course; the gimmick was a staple of '50s science-fiction. But it took the outsider perspective of Independence Day director Roland Emmerich -- a German expat -- to take on the nation's most symbolically loaded landmark. Nobody else could have done it with the exuberance of ID4. You can almost hear the laughter off-screen; when the alien ship blasts the President's home to smithereens, it gets away with something. Emmerich would return to destroy the White House again, this time from the inside, in 2013's White House Down.

Timing worked in Independence Day's favor. Emmerich's movie arrived during a strange moment in the summer blockbuster's evolution, when the era of brawn -- of the indefatigable American ubermensch as popularized by Stallone and Schwarzenegger -- had peaked and begun to wane. Simply blowing things up looked tired. Ambitious visionaries like James Cameron, meanwhile, had made huge strides in the realm of computer-generated imagery, with the quantum leap of The Phantom Menace and The Matrix not far in the distance. Independence Day director Roland Emmerich split the difference. His thirst for excess made the alien-invasion movie an unabashedly over-the-top spectacle. But like Jurassic Park before him, he shored up his CGI with a whole lot of clever, handcrafted practical effects.

The White House destruction is not a product of computer, instead a canny trick achieved through a matting, models, and high-frame-rate camerawork. On an elevated wooden platform on the backlot of a Hollywood studio, Emmerich's crew built a meticulously authentic-looking model plaster White House on a 1:24 scale, standing 5ft high and over 14ft wide. "The White House has got such great detail in it that even in the most preliminary tests that we've done that it holds up in an extreme close-up," explains Bob Hurrie, a visual-effects production supervisor, in a behind-the-scenes featurette. "I don't know if I really want to blow it up or not," he laughs. But blow it up they did -- and much faster than it looks on screen. "When the actual explosion takes place, it's over in a second," says Volker Engel, another of the film's effects supervisors. "But we're doing this 300 frames-per-second thing instead of the normal 24, which means we're slowing it down 12 times. The whole thing looks 12 times slower in the end."

The result is staggering piece of pyrotechnical wizardry, traditional effects work, digital compositing, and old-fashioned editing techniques -- or what they used to call "movie magic." The film ultimately won an Oscar for its special effects, and justly so. The shot looked ridiculously good and still does, aging better than most CGI-heavy blockbusters released later in the decade. Craftsmanship never looks old -- Independence Day's White House is as tangible as the buildings that survive the attack. 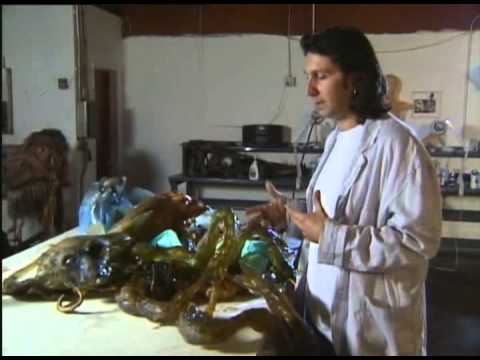 Had Emmerich held off and made Independence Day just a few years later, there's a good chance he'd have ditched the outmoded and followed the latest fashion, commissioning a team of programmers to blast the White House with pixels. And for a glimpse of how that would have gone, take a look back at Godzilla, Emmerich's follow-up. Two years on and already almost everything is computerized, from lame-looking bits of toppling building to a phony Brooklyn Bridge to the big dumb lizard himself, who today looks like the product of a PlayStation 2. You might say that Independence Day’s White House was a fluke, a bit of happenstance. It came at a time when practical effects were fighting to remain relevant, when effects people had to prove their worth to an industry that increasingly preferred to neglect them. Their fight for preservation gave us a shot that endures.

When an image leaps out of the multiplexes and into the public consciousness like the White House explosion, it defines the bigger picture, becoming cultural shorthand, globally ubiquitous, part of the collective unconscious. With an Independence Day sequel arriving 20 years after the original, one has to wonder: was Hollywood deluded into thinking a revival was in demand because of a single, explosive image? It's difficult to imagine audiences clamoring for more of anything but the White House exploding. Even Bill Pullman's "Today we celebrate" speech can't roar loud enough to steal the show from Independence Day's pyrotechnics.

Whether Resurgence proves to be a surprise coup or another splash in the summer blockbuster season, it is virtually guaranteed to fall short of its predecessor's high bar. Resurgence won't have a moment like that. What could? We haven't seen blissful destruction like that in 20 years.

Calum Marsh is a freelance writer born in Great Britain and based in Toronto. His writings have appeared in The Guardian, The New Yorker, and Playboy. Follow him @calummarsh.