'Insatiable' Is Netflix's Worst TV Show Yet -- By Far

Before it even had a chance, people were flaming the new Netflix seriesInsatiable. The pre-release chatter surrounding the show before it dropped on the streaming platform wasn't just skeptical, but downright fiery. Over 100,000 people signed a petition calling for the show’s cancellation in response to the trailer, which outlined its basic premise: A high school girl gets bullied for being overweight, loses a bunch of weight as a result of having her jaw wired shut all summer after being punched in the face, and then decides to get revenge on her schoolmates by competing in beauty pageants.

Indeed, that plot summary shoots off a bunch of red flags. While the strong negative reaction might have been premature for a show that hadn’t even come out yet, Insatiable does little to prove its haters wrong during the course of its first season. In fact, the show’s problems go far beyond its initial flaws. Creator Lauren Gussis has stood by the assertion that the show is intended to be satire, but satire has to, y'know, say something about the things it's satirizing, and Insatiable spends 12 overlong episodes completely unsure of its message. It just doesn’t have many discerning opinions about body image, confidence, and overcoming bullying. It tries so hard to push the envelope that it doesn’t really push anything at all, falling flat as a satire and as an intentionally over-the-top comedy. It feels more like several shows cobbled together into a disjointed, unsettling monster. 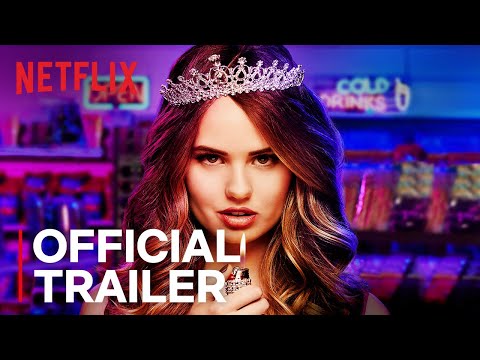 As the protagonist Patty, Debby Ryan makes the most of what she’s given. In fact, one of the most consistent things about Insatiable are its performances. Dallas Roberts brings some genuinely funny physical comedy to the role of Bob Armstrong, the lawyer and beauty pageant coach who takes Patty under his wing. As Bob’s wife Coralee, Alyssa Milano elevates some of her character’s jokes with her wry delivery, and Kimmy Shields gives one of the more layered and nuanced performances of the series in her portrayal of Nonnie, Patty’s best friend who’s secretly in love with her.

But overall, Insatiable is rife with inconsistencies, unevenly employing a clunky voiceover narration from Patty that attempts to channel (and supposedly satirize) a coming-of-age, confessional high school series. Character motivations change haphazardly and at a dizzying rate. Patty’s relationship with food, her anger issues, and her insecurities are all inconsistent, too, subjected to the whims of the plot, which suffers from trying to do too much at once with too many characters fighting for the spotlight. The show has a bafflingly cavalier attitude toward molestation, statutory rape, and boundaries between teens and adults. A storyline about Patty wanting to seduce Bob gets dragged out for way too long and then practically gets retconned as a story about Patty needing Bob as a father figure.

Insatiable feels like one long identity crisis. Even the fact that its episodes are an hour instead of a half-hour doesn’t feel right, and the whiplash of the tonal shifts makes its too-long episodes feel disorienting and interminable. There’s technically some compelling stuff buried underneath all the lazy jokes and rollercoaster writing. The scene where Nonnie finally tells Patty she loves her is gorgeously shot and written -- some of the best writing across the whole series, in fact. But it’s too little too late. The first few episodes merely make a joke out of Nonnie’s crush and even almost cross a line into making her seem predatory. Nonnie and Patty’s best friendship is often unconvincing, especially because of how selfish Patty is within their relationship. The best detail about their relationship is their obsession with Drew Barrymore, but that’s the kind of specificity that many of the interpersonal dynamics lack (Nonnie’s incredulity that Patty watched Firestarter without her is among the very few legitimately funny lines in the first couple episodes).

The back half of the season really does feel like a different show entirely -- not a better one, necessarily, but something darker that dials up the drama in confusing places. There’s a sudden twist when it comes to Bob, his wife, and his rival Bob Barnard, played by Christopher Gorham. The Bobs and Coralee end up having to work through some very serious and grounded relationship stuff that’s, again, technically well-written and receives total commitment from all three actors, but it’s entirely out of place.

It ends, unsurprisingly, on a cliffhanger that’s completely out of left field and another wild shift in tone and story. But it’s not the kind of cliffhanger that leaves one yearning for more. Insatiable Season 1 is already more than enough.