The selling point of the new remake of A Star Is Born is perhaps Lady Gaga's entrance into the world of cinema. It's also, conversely, a debut for her co-star Bradley Cooper, not only as a director, but as a singer as well. Because, yes, that is Cooper's very own twang starting off the already ubiquitous hit "Shallow" before Gaga jumps in with her infamous "AHHHHHHHs."

For as much as Lady Gaga carries the movie's impressive soundtrack as Ally, a pop star on the rise, Cooper's distraught rocker Jackson Maine's contributions are plentiful. He croons soulful ballads like "Maybe It's Time," a Jason Isbell-written tune he strums in a drag bar when wooing Ally, and wails on the opening number "Black Eyes," which he co-wrote. Yes, Cooper is the first person you hear sing in the movie. 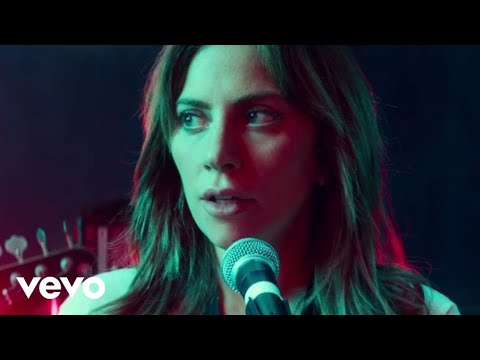 This wasn't without training, though. Before starting production, Cooper reached out to musician Lukas Nelson, son of Willie, for help. While Nelson isn't prominently featured in the film, he became a crucial part of its evolution. His band, Promise of the Real, appears on screen backing up Jackson. In fact, if you know what Nelson looks like -- long brown hair, beard -- you can spot him playing a guitar in nearly every major concert sequence. On top of that, Nelson didn't just act as Cooper's personal trainer; he also produced the soundtrack alongside Cooper and Lady Gaga, helping shape the musical narrative of their tale of fame and doomed romance. Of course, Nelson -- who we spoke with in a darkened studio at the Toronto International Film Festival -- is more analogous, at least sonically, to the weary country rocker Jackson than Ally.

Neil Young, with whom Nelson tours, brought them together, in a way. "I'd just seen this clip on Jimmy Fallon where [Cooper] air guitars to 'Down By The River,' the Neil Young song," Nelson says. "I thought, that's cool that somebody would do that. Completely randomly, then he called a couple months later." (It's worth noting that Nelson holds down the heavier-lift guitar parts in A Star Is Born, for the most part.)

Cooper wasn't a complete musical novice, but he did train for at least a year, Nelson says. "He wasn't as much of a guitar player, but he could sing," Nelson explains. "And he could handle the guitar." In a recent profile of Cooper, New York Times' Taffy Akner describes watching a video of Cooper and Lady Gaga singing "Midnight Special" during their first meeting. "His voice is not yet as good as it would become," she writes, "but he was reaching far down into his body for it." It just took practice.

"Bradley's ear is already trained and developed because he sings along to his favorite songs and he knows when it sounds bad," Nelson adds. "All we had to do was just get him to believe in himself and we believed in him. Also to have repetition be a big part of it because it's basically just training your vocal chords to hit the note that you hear."

Cooper in real life, of course, doesn't sound like Jackson Maine, who has a growly drawl that helped A Star Is Born's first trailer -- with nearly 11 million views and counting -- enter memedom. It was a rasp he developed by studying Sam Elliott, who plays Jackson's older brother in the film. There's even a reference to the younger Maine stealing the elder's voice. "He was taking his inspiration from the country greats," Nelson adds. "Kristofferson, all these guys. He's a country boy, and had a heavier side to him, too, and rock and roll. It's rock and country."

Cooper would stay in that mode if he was directing a scene in which he was also appearing, according to Hamilton veteran Anthony Ramos, who is in the film as Ally's best friend, Ramon. "It was the weirdest thing," Ramos says. But putting on that deep, cracked affectation didn't really impact his singing. "That was his natural voice anyway in that character," Nelson says.

Nelson, Cooper, and Lady Gaga were composing music for the film throughout production, working with the likes of Mark Ronson and Isbell. When they were recording, Nelson found himself reveling in what Cooper had accomplished. "It was really rewarding to see him do so well in the studio after all the work we'd done together," Nelson says. "So there were moments where he'd sing a line or he'd get through a vocal take and I would just feel so happy."