For the past couple of years now, comedian Demi Adejuyigbe has been putting out an incredible body of work, all revolving around one man: Will Smith. In a series of videos, Adejuyigbe imagines that Smith's habit of rapping over the credits to his movies like Men in Black and Wild Wild West has both extended to the present day and beyond Smith's own oeuvre. Doing an almost note-perfect impression of the rapper/movie star, Adejuyigbe invents perfectly hokey Will Smith raps for films like Arrival and Black Panther. But one of these hilarious creations turned out to be almost prescient. Way back in 2017, Adejuyigbe posited what it would sound like if there was a rap for the upcoming live action remake of Aladdin, in which Smith plays the genie.

Turns out, a joke version wasn't even necessary. Yes, as soon as director Guy Ritchie's new interpretation of the 1992 animated classic ends, you start to hear Smith's murmurs. Then DJ Khaled screams his own name, as he is wont to do, and Smith launches into a verse that riffs on Howard Ashman and Alan Menken's "Friend Like Me," a song he sort-of sang earlier in the runtime. The track is just sincere enough to seem unintentionally hilarious, like when Smith rapped about guarding against extraterrestrial violence. Sample lyrics: "watch out it's the Genie with the attitude," "even climates can change," and "when I'm out of the lamp man, I'm out of control." 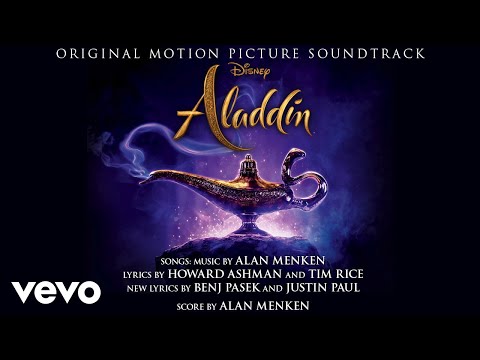 This is all to say that parts of the 2019 Aladdin defy parody. At least the credits rap is incredibly amusing in its strange throwback to the corniest part of Smith's career. The rest of the movie? Well, it's bizarre in a way that's sometimes funny-bad and sometimes just bad-bad.

Does the blue version of the Genie still look like a swole monstrosity cooked up with some lazy photoshop? Yes. Can Will Smith actually sing the numbers originated by Robin Williams? Not really, but he does try. Was there a point to this? Nuh-uh.

As in the other Disney remakes, if you've seen the original you know what happens here, except now the running time is bloated to accommodate lazy updates to the story. It opens on a confusing shot of the open sea, where Smith is on a boat and telling the story of Aladdin to a couple of eager children. But then the film jumps right into the familiar story of the charismatic street rat who falls for a princess and is used by a shady grand vizier to retrieve a magic lamp that contains a blue genie. In this case, it's all filmed in the jerky, sped-up style of Guy Ritchie -- who unfortunately does not lean into the grittiness of Aladdin's life of crime -- and dressed up in gaudy neon visuals.

In contrast to the animated film, Aladdin wears a shirt, and Princess Jasmine gets her own song, a bland ballad about refusing to go "speechless." It's an effort to reframe her as a feminist hero, but fails to give her any nuance or character traits beyond "strong." Jasmine also gets a new best friend character, a handmaiden played by Saturday Night Live alum Nasim Pedrad, who serves as a love interest for the Genie.

Elsewhere, there are sly lyrical edits to familiar tunes. Some of these changes validly excise or alter lines that are either trite or offensive when it comes to the Middle East setting. Others seem like an effort to seem cool and hip, and just come off seeming lame and retrograde. In the production number "Prince Ali," instead of crooning to the Sultan, "heard your princess is a sight lovely to see," Smith's Genie bellows, "heard your princess is hot where is she?" The point of that? Unclear. It doesn't scan and it flat out objectifies Jasmine. But, hey, at least it got a guffaw out of me for being almost unbearably goofy.

The arrangements are jarring in the subtle ways they attempt to update the score, and Smith sticks to his own rhythms even when his lilting delivery doesn't fit with the material. He doesn't attempt to mimic Williams' iconic impressions, instead giving us the Genie as The Fresh Prince. It works better when he's not straining to hit the notes.

The only moments Aladdin hits true moments of amusing glee is when Smith is comfortably riffing, turning on the charm that made him a box office giant in the 1990s. He and Pedrad are aces together, but those moments are all too infrequent. Most of the time I just found myself waiting for the credits to kick in. At least there was a rap.

Esther Zuckerman is a senior entertainment writer at Thrillist.