James Caan was not the first actor considered for the part of Paul Sheldon, the bed-ridden romance novelist who gets disfigured by Kathy Bates's super-fan nurse Annie Wilkes in Misery. In his showbiz memoir Which Lie Did I Tell?, the screenwriter William Goldman, who adapted Stephen King's grisly bestseller for director Rob Reiner in 1990, describes the search for the perfect Sheldon this way: "No one would play the part." William Hurt, Kevin Kline, Michael Douglas, Harrison Ford, Dustin Hoffman, Robert De Niro, Al Pacino, Richard Dreyfuss, Gene Hackman, and Robert Redford all passed. The notoriously fickle Warren Beatty came close, but he had Dick Tracy on his plate. Enter Caan, the Oscar-nominated star of The Godfather, Rollerball, and Thief, who died Wednesday at the age of 82.

For a number of reasons, Caan was not the intuitive pick for the role. There were bigger names in the mix, and the character, a late-career self-identifying hack with unexplored literary aspirations, wasn't necessarily a natural fit for an actor best known for playing gangsters and criminals. According to Goldman, the curly-haired star, who had battled a drug problem and stepped away from Hollywood for several years in the '80s, told Reiner he was clean and that he would "pee in a bottle every day" to prove it if he had to. He wanted the role. Looking back, the often underrated performance is essential to understanding the complex double bind of Caan's endlessly fascinating macho persona.

Misery is a tortured, twisted love story: Annie's obsession with Paul's creations drive her to commit cruel, grotesque acts of violence, but she is not merely torturing her favorite author for sport. She wants something from him—another book in her beloved Misery series—and she will use every method at her disposal to get it. Similarly, Paul is playing a delicate dance with what we would now call a "toxic" fan. There's a lack of ego required for Caan's performance, which might be part of why so many other prominent stars turned it down. (Bates won a Best Actress Oscar for her role, but Caan was not nominated and it's still easy to find arguments for why he was miscast.) As Sheldon, who gets in a car accident on a drive from Colorado to New York and wakes up in a bed in Wilkes's secluded home, Caan is tasked with playing weak, pathetic, and servile. There's a peculiar tenderness and dark humor that drives the movie, an interplay between Caan and Bates that makes the film work. 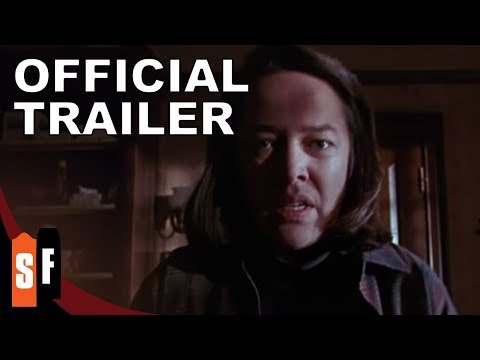 That vulnerability, a willingness to push against and constantly tweak the limits of his own tough-guy screen presence, was always part of Caan's gruff appeal: Before appearing in The Godfather, he earned an Emmy nomination for playing Chicago Bears halfback Brian Piccolo in 1970's Brian's Song, one of the essential male weepies of its era. Thief, arguably his best performance, finds Caan embodying filmmaker Michael Mann's code-following professional criminal with an almost otherworldly cool and swagger. But he's more than an archetype or a mythical figure. The part of Frank also demands Caan bring a sense of lived history to lines like the heartbreaking plea he makes to a worker at an adoption agency: "I was state-raised, and this is a dead place."

Like Robert Mitchum or Warren Oates before him, Caan brought an often wry heaviness to his roles. There was sadness, rage, and bemusement. He could mock himself, as he did brilliantly in late-career gems like Elf or Bottle Rocket. In recent years, his Twitter presence, with its steady stream of retrospective photos and his "End of tweet" catchphrase, was one of the rare social media rebrandings that felt genuinely fun and playful instead of cloying and dutiful. That he could deliver a touch of authenticity in such a contrived medium shouldn't have been surprising: That was his gift.

And make no mistake: Misery, with its bursts of brutality and its self-conscious misogyny, has more than a bit of schlock to it. In playing the helplessness of the early sections and the vengeful glee of the finale, Caan fully commits to the uglier aspects of the movie's thrill-ride structure. He nails Paul's sense of superiority and entitlement; he makes his humbling feel earned and unleashes the wrath of Caan with almost surgical precision. At times, particularly in the more tuned-up second half, it feels like Caan and Bates have a stronger grasp on the material than even Reiner does. Like many of the best thrillers, there's a sense that the film is about to go off the rails from a plot and tone perspective. That's part of where the tension comes from.

Still, it's clear from reading Goldman's book that everyone involved with the production understood Caan's unique talents. "One special thing Caan brought to the party is that he is a very physical guy, he is like a shark, he has to keep moving, he cannot be still in a room," the screenwriter wrote. That frenzied quality made him the ideal subject for Annie's exercise in sadism and King's self-mocking portrait of the artist as lab rat. If you're looking for a way to remember Caan, watching Misery is the perfect way to see the shark in action.