This eagerly anticipated three-part film attempts to reframe the narrative around the controversial superstar.

Like the artist it chronicles, jeen-yuhs: A Kanye Trilogy is at war with itself. The three-part documentary, which premiered its first section this weekend at the virtual Sundance Film Festival and drops via Netflix on successive Wednesdays beginning February 16, attempts to capture the swirling contradictions of Kanye West, a pop-culture icon who resists being boxed in by conventional labels. Rapper or producer? Musician or fashion designer? Benz or backpack? Yeezus or Ye? West's consistent refusal to choose one identity might be his greatest gift as an artist.

So, it only makes sense that a movie that unapologetically celebrates such a complicated figure would also struggle to make sense of its own inconsistencies. The documentary's co-director, Clarence “Coodie” Simmons, who would go on to direct the video for West's breakthrough single "Through the Wire" with jeen-yuhs co-director Chike Ozah, first met West at a birthday party for producer Jermaine Dupri in 1998 and agreed to follow the ambitious young beatmaker around in the hopes of crafting a Hoop Dreams-like account of an aspiring rapper with big dreams. Luckily for Coodie and Chike, West had the talent to back up all his talk.

Coodie, who was also a stand-up comedian and the host of a local Chicago hip-hop program called Channel Zero, serves as the narrator of jeen-yuhs, contrasting his own life story with West's journey in key moments of diaristic confession. In the early stages of West's ascendancy, Coodie was more than just a fly on the wall. He was a creative partner. That proximity gives the footage a rare intimacy—when you see West playing songs for the rapper Scarface or demoing "Slow Jamz" with Jamie Foxx, you feel like you're right there in the studio with them—but it also complicates the movie's more frustrating later sections. 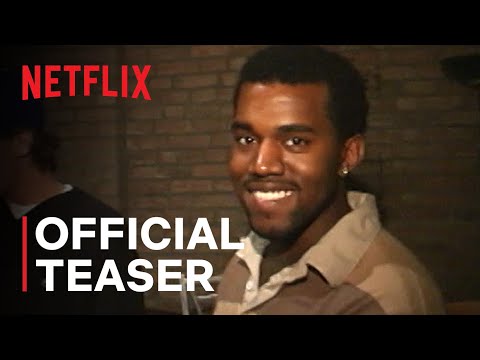 If you're even a casual fan of West's music, the first two parts of jeen-yuhs—subtitled "VISION" and "PURPOSE"—make for riveting viewing. After rising through the ranks in Chicago, West found mainstream success as a producer, landing multiple songs on Jay-Z's The Blueprint in 2001. But he wanted to be taken seriously as a rapper. Coodie's wandering camera tracks West as he stalks the halls of Jay-Z's label Roc-A-Fella for a record deal, follows him home to Chicago where he beefs with fellow producer Dug Infinite, and ducks into his mother Donda's home for a casual hang and pep talk. In these sequences, West's hunger for artistic validation and commercial success is so strong, and his clear passion for the work is infectious. It's a classic underdog story, the type of raw material that will inevitably one day get reshaped into a cheesy Hollywood biopic.

When West finally breaks through, scoring a hit with "Through the Wire" and convincing Roc-A-Fella to release his debut The College Dropout in 2004, he throws himself completely into the project. "Jesus Walks" follows, and soon no one will see West as "just a producer" ever again. If the movie ended with the mega-success of College Dropout, you'd have a perfectly entertaining (and still three-hour-long) behind-the-scenes story of a groundbreaking, genre-shifting hip-hop record.

But jeen-yuhs pushes on to its third installment, "AWAKENING," which covers more time and offers less insight into its increasingly troubled subject. After Dropout's success, the filmmakers quickly lost access to West, who ascended to a higher level of celebrity. Effectively shut out of West's life for his most wildly creative period—a nearly unparalleled run of albums, from 2005's Late Registration to 2013's Yeezus—the movie speeds ahead to the release of 2016's Life of Pablo, arguably the last great West record.

As Coodie is slowly brought back into the fold, invited on a trip to China and to a recording session in the Dominican Republic, it's clear he's disturbed by West's erratic behavior, but, MAGA hat and ill-advised presidential run be damned, he also wants to get more footage to finish his movie. That inherently queasy tension never gets resolved. (Judging from what we see in the final section, it would be a challenge to truly pierce the bubble that is West's ever-expanding world of quietly nodding yes-men.) In one scene, Coodie literally turns his camera off as West talks to some confused-looking real estate developers about feeling like his limbs were getting pulled off his body during the aftermath of the Taylor Swift scandal. The impulse to shield your eyes is understandable.

Despite Coodie's attempts to wrap up the film with repetitive voice-over, more montages, and religious platitudes, there's no real end here. How could there be? West himself has posted on Instagram that he's still seeking "final edit" and "approval" over the movie in a quest to be in charge of his own image. He's already arming himself for the next battle.