With 'Search Party' recently ending, John Early is looking for the next project to body roll into. 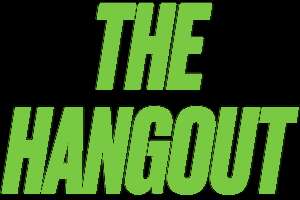 John Early believes in throwing himself down the stairs. So it pained him, filming scenes for the final season of Search Party where he's running from zombies, that a herniated disc in his back, which later required surgery, meant that he couldn't fling his whole body around like usual.

"I'm a true ham at the end of the day, and it was scary to be like, 'Oh, god, I can't with a total abandon, just like, sprint,'" he tells me on a rainy morning in early January over poached eggs at the Lower East Side bistro Dirty French. "I have to engage the core as I'm trying to prevent Dory [played by Alia Shawkat] from ending the world. That was what was so sad. It was the last season. The stakes of those scenes were so high, and literally in my head I was like, 'Keep that core tight, John," he says, sliding into the voice of a peppy workout instructor. Despite his injury, he gamely hops on top of a table for our photoshoot.

If you've seen any of Early's work, you know how physicality plays into his blend of comedy that occasionally comes off as Backstreet Boys-meets-body horror by way of The Comeback's Valerie Cherish. Whether he's dancing on Instagram, pointing at the camera in an exaggerated mimic of '90s pop dance routines, or altering his face with makeup and prosthetics, like he does in a short film parodying the NOH8 campaigns of the mid-2000s, Early's body is a tool for his jokes. But as he moves on from the critically acclaimed Search Party, he wants to make sure his career choices warrant any potential hurt.

"It has to be worth me potentially fucking up my back even further."

When Early started Search Party, the first season of which dropped in 2016 on TBS, he was a New York University graduate still living in the city. He now calls LA his home base, but was back in town to promote the last season with a couple of television appearances. Later in the same day of our interview and photoshoot, he'll show up on Late Night with Seth Meyers, legs spread wide, doing straight drag and proclaiming he's dating SNL cast member Aidy Bryant. That morning, however, he asked his stylist for a Princess Diana aesthetic and wore an oversized trench, striped pants, and a sweater reading "I'm A Luxury…Few Can Afford" that's actually a replica of one worn by the royal herself.

"I never had any real Diana worship, but on a fashion level, like whenever I'm trying to give stylists references or when I'm trying to come up with a kind of look for a character in a show, I always give her as a reference because there's something kind of fundamentally effortlessly preppy about her," he says. "You know, I'm blonde. I would say I have a Diana-length haircut. In my more gaunt moments you could say I have a classic Diana bone structure. I'm just trying to play her in something. That's all."

On Friday, January 28, Early's next project The Afterparty, a murder mystery comedy where he plays a detective sidekick to Tiffany Haddish, will debut its first three episodes on Apple TV+. Still, he seems reluctant to let Search Party go. For five seasons he played Elliott Goss, a pathological liar fond of headwear and patterns, who covers up a murder, becomes a right-wing talk show host and eventually the father to a Bad Seed child grown in a lab by John Waters. In the final season, his friend Dory, an acquitted murderer who died and came back to life, starts a cult alongside a tech guru played by Jeff Goldblum with the idea of creating a pill for enlightenment. The concoction turns people into raving undead. At one point, Elliott pulls a Mrs. Doubtfire, wearing prosthetics to break into the lab where the drug is being made. During this undercover operation, Elliott goes by the name of Dr. Carpet. It was a dream for Early.

"I could have been stuck in a job where I was just doing, like, 'gay guy at brunch on the phone' for five years, and the fact that they, thank god, had a bigger imagination than that and let me do the most, these really timeless comic set pieces," he says. He modeled Dr. Carpet's voice on the indie filmmaker Todd Solondz, whose controversial work rips back the prim facade of suburbia.

Shooting their last scenes for Search Party was "cosmically unsentimental," Early says—fitting for a scrappy show that nevertheless became a sensation. On their last day of shooting in August 2021, Tropical Storm Henri hit Red Hook, flooding the set. (Coincidentally, I was also hanging out at Valentino Park in the neighborhood that day, and snuck a glance at the set before the rain came in.) "The last scene we shot was an insert of a computer," Early says. "It was just a green screen on the computer and our fingers on a keyboard, and we're like, 'This is our last shot?' Which is very true I think to the spirit of the show. I think the show is, in a very dignified and principled way, unsentimental."

The actual end of Search Party is similarly low key. After having inadvertently causing the apocalypse, the self-centered protagonists just return to their regular Brooklyn lives, only now living in an actual dystopia, numb to the pain all around them, including a wall of missing people. (Crew members submitted photos for those fliers.) "It represents something I think we all feel, which is just kind of bottoming for catastrophe after catastrophe," Early says. "One bad thing keeps happening after another, and the more that the people in power don't help us at all, like no matter their party affiliations, our only choice sometimes is just to accept it."

The same perspective lurks in the back of his NOH8 short where he gathered his Search Party co-stars—Shawkat, John Reynolds, and Meredith Hagner—to act out a concept that had been on his mind for years: What if he made one of those celebrity-filled anti-homophobia ads, but the duct tape wouldn't come off his mouth? When it finally does, his lips are horrifically bloody.

"I could try as hard as I can, as sloppily as I can, to politicize the NOH8 video, but really that's just me having a very delayed adolescence, a delayed rebelliousness of like, 'I don't want to do the polite, altruistic photo shoot,'" he says, referencing his Southern Presbyterian upbringing. "I'm still acting out, basically. I would say all my comedy and the kind of stuff I make is me acting out after a childhood of being a very, very good boy, you know?" Early's heroes include Lisa Kudrow, Jennifer Saunders, and Amy Sedaris, all women whose coiffed blonde exteriors bely a darkness in their work. It's keeping in part with his Diana look: The preppiness is a misdirect.

And for his next act—well, he's going to make it count. He's always wanted to direct, and did so on stage with his friend Jacqueline Novak's one-woman show about blow jobs Get on Your Knees, but isn't as "rabid in [his] pursuit" of that as he was in his 20s. He's hoping to star in a movie written by his friend Theda Hammel, who recently directed him in a short that premiered at this year's Sundance Film Festival called My Trip to Spain. Whatever the follow-up project may be, it just needs to be creatively fulfilling.

"Being on set is just so deeply, deeply boring and exhausting," Early says. "Like, the project actually has to be good enough to make that exhaustion worth it." In other words, it needs to justify throwing himself down the stairs.