In the movie, now streaming on HBO Max, the FBI attempts to stamp out the Black Panther Party in Chicago.

Calling Judas and the Black Messiah a movie about Fred Hampton (Daniel Kaluuya), the Midwest civil rights vanguard and former deputy chairman of the Illinois Black Panther Party, would be an overzealous attempt to frame it as a powerful and timely Black history movie. The film directed by Shaka King and co-written by the Lucas Brothers, which arrives today simultaneously in theaters and on HBO Max, spends plenty of screen time depicting Hampton’s influence in Chicago during the Civil Rights era, of course, but it is far more concerned with the FBI’s efforts to infiltrate and implode Hampton’s Panthers using criminal informant William O'Neal (LaKeith Stanfield).

Thus, in a way, Judas and the Black Messiah is a white history lesson that explores the deplorable lengths that the American government went to dismantle one of the most revolutionary Black activist groups in US history and then subsequently trivialize their true efforts for decades to come.

The opening scene masterfully lays out the film’s intentions for viewers. Using a barrage of archival footage, Judas sets the record straight about the Black Panther Party, dispelling decades worth of anti Black Panther propaganda. Instead of sensationalizing the organization’s rugged aesthetic and readiness to bear arms, the clips showcase the Panthers’ positive community efforts, from neighborhood patrols to free breakfast programs. 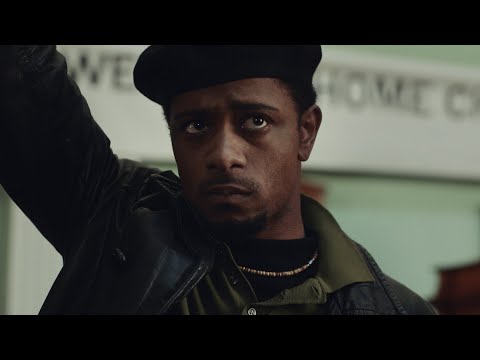 In that moment, Kaluuya’s introductory performance is cut short as Judas introduces J. Edgar Hoover, played menacingly by Martin Sheen. The former director of the FBI speaks out to an auditorium of intelligence agents and ironically calls the Black Panthers the biggest threat to American life seconds after literally just presenting a slideshow that highlighted their merits. He reveals that the FBI is plotting to stop the rise of another “Black Messiah” following the assassinations of Martin Luther King, Jr. and Malcolm X, and this time their eyes are set on Fred Hampton.

From that point on, viewers can rest easy knowing that they are about to witness one of the most significant sabotages in US history, and that perspective breathes fresh air into the genre of Black biographical and historical movies, which at times can seem hellbent on infuriating the audience by building up a beloved historical figure just to tear him down by the film’s end. Judas makes it clear that Bill O’Neal, the FBI, and the local police are the bad guys, but the villains are arguably the film’s protagonists.

That approach is what makes Judas such an alluring watch. From beautifully shot scenes to electrifying performances, there’s plenty to love about it. Daniel Kaluuya as Fred Hampton is brilliant, but you’ve probably been hearing that for months already. His ability to morph into Hampton is incredible, but the scene where he imitates Malcolm X’s 1964 speech “The Black Revolution” as Hampton is one of the low-key gems from the film. Then there’s the obvious highlight of Judas: Hampton’s comeback speech at the church is absolutely earth-shattering. As Kaluuya’s character leads the “I am a revolutionary!” chant and pounds on his podium, as revealed in the film's explosive first trailer, the whole shot begins to violently tremble, making for one of, if not, its most emotionally intense scenes.

Other performances from the stacked supporting cast—including Dominique Fishback as Deborah Johnson, Ashton Sanders as Larry Robertson, Algee Smith as Jake Winters, and Dominique Thorne as Judy Harmon—are still extremely captivating, but no character shines in Judas as much as Kaluuya’s than LaKeith Stanfield’s William “Bill” O’Neal.

According to Judas, the infamous petty criminal-turned-Black Panther Party infiltrator only publicly spoke once about his time as an FBI informant, so in comparison to Kaluuya’s character, Stanfield had far less public material to pull his inspiration from. Regardless, he portrayed O’Neal with a complexity and range that's both unsettling and admirable. In O’Neal's PBS interview, a clip from which is appended before the credits roll, he famously said that he simply played his role and had no loyalty to the Panthers, but those close to him have alleged in the past that he harbored guilt for his fatal betrayal.

Somehow, Stanfield found the role of a lifetime in the mysterious and conflicted lore of William O’Neal. Whenever on screen, Stanfield’s character fully adapts to whatever the situation demands of him, so viewers can’t ever be sure of where his allegiances truly lie. His ability to play such a complex villain is put on full display, as there are moments in which he appears to have visceral reactions to the injustices inflicted upon the Panthers and others in which he is flippant and practically soulless. Just like his real-life counterpart, Stanfield’s character is impossible to read, which leads to serious implications for the Black Panthers and a suffocating work relationship with the FBI.

That ethical contrast between Hampton and his unbeknownst traitor O’Neal is one of the driving forces in Judas, as the concept of serving oneself or the masses manifests several times throughout the movie. It’s no secret that O’Neal and the government are successful in their efforts to dismantle the Black Panther Party and eliminate Fred Hampton, whose tragic and cruel assassination at just 21 years old is depicted in the final moments of the film.

However, what makes Judas such an amazing addition to the cannon of Black historical cinema is that Hampton’s murder scene isn’t included to needlessly infuriate, shock, or traumatize the viewer. Its inclusion reveals that even in Hampton’s downfall, the FBI failed in its ultimate goal of blocking the rise of another Black Messiah, once again emphasizing the dichotomy that the movie is built upon.

One selfless person can inspire change by unifying the masses, and another can burn all of the aforementioned person’s hard work down to the ground in a desperate bout of self-preservation. Judas and the Messiah just so happens to realize that a film about the latter person in that scenario can be powerful too.

Joshua Robinson is an Atlanta-based entertainment critic and lifestyle writer for Thrillist, and he encourages you to do some research of your own on Fred Hampton after you watch Judas and the Black Messiah.