I Don't Understand Why Everyone Hates 'Jurassic Park III' 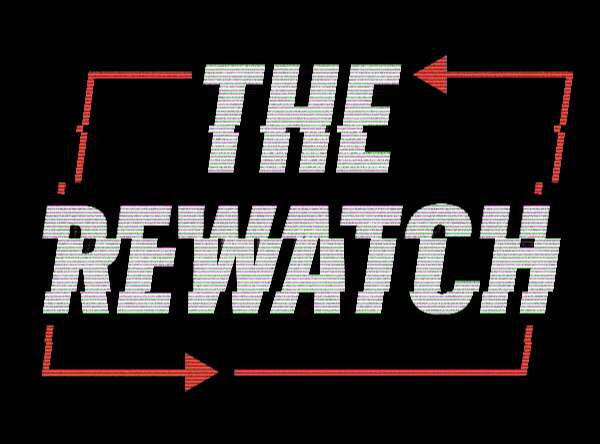 There's plenty of movies out there that I love that could be described as a "guilty pleasure," if I were the type of person who ever felt guilty about something I enjoyed. I take pride in my amazing tastes in all aspects of life, especially in my love for films like Mr. & Mrs. Smith, Ocean's 12, and TRON: Legacy, all good and popular movies that everyone loves.

Jokes aside, yes, I am aware that some movies, like the ones mentioned above, are almost universally derided, and often with good reason (although why you wouldn't immediately love a movie in which Jeff Bridges dresses in a robe and says stuff like "Biodigital jazz, man" is beyond me). But I have never -- never! -- understood why more people don't love Jurassic Park III.

If you need a refresher, Jurassic Park III, directed by Joe Johnston and released in 2001 to mixed reviews, maroons everyone's favorite paleontologist Dr. Alan Grant (Sam Neill) on InGen's B-site Isla Sorna, where the company tested its DNA splicing technology on dinosaur species, which have been running wild since the closing of Jurassic Park in the first movie. Dr. Grant gets suckered into going to the island because of research funding dangled by Paul and Amanda Kirby (William H. Macy and Téa Leoni) after their kid, Eric (Trevor Morgan), crash-lands there in a parasailing accident. Obviously, things do not go as planned, and the group is menaced by a pack of Velociraptors, Pteranodons, and a marauding Spinosaurus.

Despite what anyone else might tell you, Jurassic Park III -- which is now on Netflix, along with the first two movies -- is quite nearly as good as the original. Here are a few reasons why, and it all starts with a talking raptor.

On the flight to Isla Sorna, Grant falls asleep and has a stress dream in which he's the only one left aboard. It ends with a raptor getting in his face and calling his name, but in reality it's just Dr. Grant's assistant, Billy (Alessandro Nivola), trying to wake him up. It's funny! It's hilarious to think of a dinosaur saying "Alan"! At its core, this movie is essentially about how hard it is for scientific researchers to get funding grants for their projects, and the lengths some would be willing to go to get it. Only someone desperate enough for funding would agree to head to a place infested with the creatures responsible for giving him stress dreams this bizarre.

There's a 3D printer in it

There was a time when 3D printing was seen as futuristic technology. Now, the entire world churns out fidget spinners and other complex items at home, but just a few decades ago, 3D printers were seen mostly only in movies and on TV, where they were used to replicate hot Earl Grey tea (Star Trek: The Next Generation), disguises (Darkman), and entire human bodies (The Fifth Element). In Jurassic Park III, the 3D printer prototypes the "resonating chamber" of a Velociraptor, allowing Dr. Alan Grant to recreate their chilling vocalizations at a crucial point in the movie.

The Pteranodons are legitimately terrifying

The main saurian antagonist of Jurassic Park III is the enormous Spinosaurus, which doggedly pursues our heroes across the island as they try to get to the coast. The Spinosaurus proves its big bad-ness early in the movie, when it takes like 30 seconds to kill a T. rex, the dinosaur most associated with the first two movies in the series. The Spinosaurus is faster, its front arms are longer, and its snout is thinner and scarier-looking. Thankfully, like the ticking clock that alerts Captain Hook to the presence of the crocodile in Peter Pan, the Spinosaurus has eaten a satellite phone whose distinctive ringtone alerts the panicked humans when it's nearby. But, in terms of sheer, horror-movie-style terror, the Pteranodons blow the Spinosaurus away.

To this day, the pteranodon slowly walking out of the mist is the scariest thing I have ever seen. I forget how freaky it is, and then get full-body creepy crawlies all over again every time I rewatch the movie. Only Sam Neill could make a line like "It's a birdcage" so utterly frightening. With their stabby beaks and leathery bodies, the Pteranodons are uncanny to look at, and a delightfully unexpected villain (especially since they were known to eat primarily fish -- though, these had been locked in a cage for who knows how long, so they were likely desperate). And yet, at the very end of the movie we get this final scene of the Pteranodons in flight alongside the rescue plane, literally flying off into the sunset, a terrifying and beautiful image at the same time. It's a notion that calls back to the original Jurassic Park -- and one that the Jurassic World sequels have failed to replicate.

It's got peak William H. Macy

William H. Macy is in top form here as Paul Kirby, a bathroom tile salesman who cons Alan Grant into coming to the island with him. He and his ex-wife, Amanda (Téa Leoni), pose as millionaire thrill-seekers willing to pay top dollar for an exclusive aerial tour around the defunct park, before revealing themselves as parents who need his help rescuing their son from an island full of predators. Macy is particularly good as a hapless everyman completely out of his depth, especially the scene where Paul reaches for his wallet out of habit when the group finds a bunch of out-of-order snack machines, instead of just bashing the window in like Billy does.

A kid survives on a dino-infested island for two months

Normally, Jurassic Park movies take place over the course of maybe a day or two, since that's about as long as most humans can expect to survive amongst a bunch of giant predators who want to eat them. But by the time he saves Alan Grant from a pack of Velociraptors, Eric has survived on Isla Sorna for eight weeks. The resourceful boy has been living in a supply truck all this time, learning how the dinosaurs interact with each other, which ones to watch out for, and which ones are attracted by T. rex pee.

While Ellie Sattler (Laura Dern), Dr. Grant's paleobotanist comrade during the action in Jurassic Park, mostly sits this adventure out, she is nonetheless crucial to the survival of everyone stuck on the island -- she and her toddler son, that is. Grant uses the satellite phone, dug out from a Spinosaurus poop pile, to call Ellie's home phone number (remember when we could memorize those??), but, of course, little Charlie picks up and Grant has to convince him to hurry up and bring the phone to mommy NOW before its dwindling battery life runs out.

Téa Leoni saying "Give me the eggs"

By far the most divisive plotline in Jurassic Park III is the pack of Velociraptors, who not only vocalize like they're speaking full sentences to each other, but hunt down Grant and the Kirbys because Billy stole a couple of their eggs. It all leads up to a particularly tense moment right at the end of the movie when things finally seem to be going all right for the crew. The raptors corner them just yards away from the beach, the raptor matriarch stalks up to Amanda, the two have a mother-to-mother moment, and Amanda coolly requests Dr. Grant slide her the kidnapped eggs so she can hand to them over. Cinematic parallels! You love to see it.

Alan Grant's huge can of beans

Quite honestly, the giant bean can could have been the entire focus of this article. After Dr. Grant is rescued by Eric and finds shelter in the overturned truck, he digs into a restaurant-sized industrial can of beans, scraping every last morsel from its cavernous interior. I think about the big can of beans more than is probably healthy or even necessary. Do I think the beans look tasty? They're probably room-temperature, so not really. But they don't really look that gross either. I'm not even sure they're actually beans. But the sound of the scraping spoon and the glimpse of the gritty, lumpy texture of the maybe-beans are permanently burned into my memory, an unexpected souvenir from my trip to Isla Sorna. I would have been happy with a raptor toe claw, but this is fine, too.